Audemars Piguet produces some of the best luxury watches in the world. Take a look at 5 of the most beautiful timepieces from this watchmaker currently on sale.

Audemars Piguet was founded in Switzerland in 1875 and produces some of the most luxurious and expensive timepieces in the world. Together with Vacheron Constantin and Patek Philippe, the company is now one of the largest Swiss watchmakers and each piece is produced using old-fashioned techniques by hand. Owning an Audemars Piguet is more than just a status symbol; it's a symbol of human ingenuity and represents true art in motion.

Audemars Piguet is also known for their limited edition watches produced for celebrities like Arnold Scwarzenegger and Jay-Z. Here's a look at some of the most beautiful luxury watches ever produced by the company along with what you can expect to pay.

The History of Audemars Piguet The company got its start in 1874 when Edward Piguet (21) and Jules Audemars (23) met at Vallee de Joux and decided to go into watchmaking together. While Audemars got to work creating the parts for the watch movements, Piguet handled the final regulation of each piece produced. A year later the company was founded as Audemars, Piguet et Cie.

The first Audemars Piguet branch opened in 1889 in Geneva where it controlled production of in-house components and assembly under very strict quality control guidelines. The company's growth skyrocketed shortly after the deaths of Piguet and Audemars (1918 and 1919) when Tiffany & Co and Cartier began purchasing the timepieces to rebrand and sell under their own names.

When the Great Depression hit, the company saw a huge drop in production and sales. It wasn't until World War II that Audemars Piguet was able to recover by creating a number of very thin chronograph watches. The company eventually created its signature Royal Oak line in 1972 which really created the huge demand for stainless steel luxury timepieces that persists today.

Today, Audemars Piguet makes around 26,000 luxury watches each year and has a number of celebrity ambassadors, including LeBron James, Michelle Yeoh and Novak Djokovic.

Audemars Piguet is also a pioneer in the watchmaking industry as the first to: 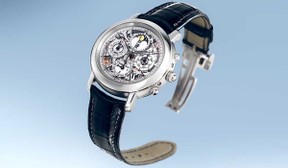 With a price tag of over $780,000, this self-winding skeleton watch is one of the most stunning Audemars Piguet watches ever made. This titanium piece features a perpetual calendar, a minute repeater and a chronograph with an exquisite crocodile leather strap. This watch was released in 2010 and sold exclusively through the company's New York City location. This watch has a retail price of $33,800, although pre-owned watches are available for less. This bold watch features black-coated stainless steel, a leather and rubber strap and a matte black dial with striking red arabic numerals and hands. Only 400 of these limited edition watches were made and the case back has an inscription in honor of the Las Vegas Strip. There is also a restrictive version of the watch produced in ultra-limited numbers: only 15 of these watches were made and each costs nearly a quarter of a million! This stunning timepiece from Audemars Piguet is another fantastic model in the Royal Oak Offshore collection. It has an eye-catching color on the strap and face that's combined with sleek platinum. This is probably my favorite of the limited edition watches available from the watchmaker and only 100 were produced. Features include a chronograph, water resistance up to 100 meters, and a blue stitched alligator strap with a hidden platinum clasp. Retail price? $119,000. This is another sporty model in the Royal Oak Offshore collection. This watch is just fun to own with an intense orange and black dial with a black crocodile leather strap with orange stitching. This sporty model is water resistant to 100 meters and features an automatic movement with a chronograph that's bound to catch attention. This watch is certainly one of the boldest Audemars Piguet watches on the market. Retail price is $25,700 although these used luxury watches will cost quite a bit less. Finally, this automatic chronograph from Audemars Piguet is one of those hard to find watches that's always popular. The stainless steel case and silver waffle-texture dial is accented with sleek black arabic numerals and black chronograph dials. The retail price of this watch is $27,400 but this preowned luxury watch is currently offered at Time on Your Hand.

Make your life smarter with our wide range of smart watches which are easily ... 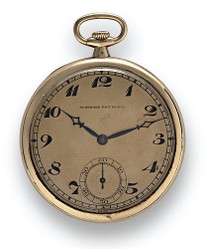 Make your life smarter with our wide range of smart watches which are easily synchronizable with your smart phones
Loading ...
Error!