This park marks one of the main locations along the Mississippi River where Native Americans, primarily Cherokees, crossed headed to the Indian territories in 1838-39.

One of the ugly parts of U.S. history is the illegal removal of the Cherokees and other assorted Native American tribes from the lands east of the Mississippi River to their new (and unwanted) homes in the west. Hundreds died during the difficult travel westward. Trail of Tears State Park commemorates this removal and educates visitors about the horrors of it. This little park is located on the western bank of the Mississippi and is a very interesting and scenic place to visit. The park teems with wildlife and is an especially good location for bird watching. Bald eagles live in the area and can sometimes be seen soaring out over the river.

An accidental discovery led to an enjoyable outing

Late on a nice afternoon we pulled off the interstate in southeastern Missouri to take advantage of a small Dairy Queen. While doing that we saw a sign which indicated a state park was just eleven miles away. My wife, the bird watcher, wanted to give it a look so we did.

This turned out to be a very cool little park. We were able to only stay around for about an hour and a half before charging on down the interstate, but we do hope to be able to go back.  The park is right on the edge of the Mississippi River and features a really cool scenic overlook point. I don’t know how tall the point is but it is very high up and gives you a view for miles around.  While standing on the deck there we watched a rain storm off in the distance and also heard the cry of a bald eagle, a regular at the park. The impressiveness of the river is almost breathtaking for those of us not used to it.

The park features several hiking trails and various kinds of wildlife. In fact, we saw three does as we drove just past the visitor’s center. Squirrels were everywhere. By the way, the visitor’s center is only open about three days a week.  The park covers 3,415 acres. It is founded in the area through which thousands of Cherokee Indians were forced to pass on their way to a new unwanted home in the newly created Indian Territory during 1838-9. Displays within the visitor’s center explain more about this.

While standing on the deck of the overlook, I was fascinated with the nearby 60 foot tall limestone cliffs on the western edge of the river.  It was from that direction that we heard the eagle’s cry. The park contains camping sites for all varieties of campers.

Unfortunately, I have misplaced all of my pictures and videos from that day. However, down below are two very good videos which I think you will find interesting.

(Side note: This relocation of the Cherokees was ruled to be unconstitutional by the US Supreme Court, yet the US president ordered state militias and US troops to force the Cherokees out of their homelands anyway. The name of that president was: President Andrew Jackson.)

A video worth watching

This short You Tube video shows the overlook

It is unfortunate that the migration of so many under such horrible conditions had to happen.

In the middle of nowhere is Missouri's oldest and longest lasting homestead. ... 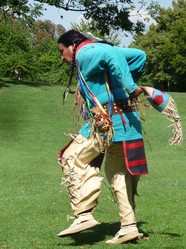 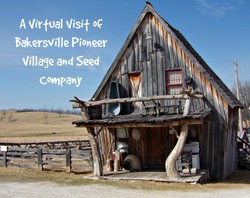 In the middle of nowhere is Missouri's oldest and longest lasting homestead. But it's more than a farm, it's a whole village. Best of all, admission is free!
Loading ...
Error!