Travel Europe Cheap - A Quick How To Guide

An article that will cover off some great tips for backpacking Europe for cheap and on a budget.

There are a number of ways you can go about backpacking Europe without racking up loads of expenses. There are cheap options for your accommodation, food and travel - there is no need for you to spend money on hotels and at fine restaurants (that will get expensive fast), but you can still travel and see all the sights and wonders that Europe has to offer you.

Accommodation Both Paid And Free

In terms of paying for accommodation (which is a guaranteed way to get a bed exactly when you want it!), staying in hostels is the way to go in Europe. These are large dormitory rooms built for backpackers and travelers to spend the night. They are normally safe and secure, and not only give you a bed but are also a fantastic way to meet other people! Meeting other people in a hotel is rarely conducive to a good time backpacking. Hostels however, will be full of people just like you ready to meet, drink and hit the night life!

For free accommodation, the two best options in my opinion are Couch Surfing and WWOOF'ing. Google them both and you will get lots of information. Couch Surfing is a community of people that both host visitors and then travel and get hosted themselves. If you plan on getting involved, it might be a good idea to host in your home country first to build a profile. WWOOF'ing allows you to work on farms and properties around Europe in exchange for food and board. This is often a fantastic experience and will allow you to see areas that you normally wouldn't.

Travelling On The Cheap

Both buses, trains and flights are extremely common in Europe. My preferred method of travel is trains, because the train system in Europe is awesome. Buses are normally a bit cheaper (although if you have a solid plan on what you're doing, a global rail pass can be an excellent choice and can often cost the same as a whole slew of separate bus tickets).

I tend to only fly by planes when doing the long distance thing, such as London to Eastern Europe or Spain to UK/Ireland. It's worth flying in that situation, but between neighboring countries, go for the train!

Booking in advance is the only real way to ensure that you get cheap tickets for all three modes of transport.

You can also always go hitch hiking, a friend and I managed to hike from France to Spain with our two big backpacks and we did it around Ireland too, so it certainly is possible. Just use the same common sense that you would with any other endeavor.

There are also country specific car sharing programs, for example in Germany there is a site called 'Mitfahrgelegenheit' (Google it, although you might want to copy paste it as it's a tough one to spell!). This site will allow you to purchase a ride in someones car in Germany to a place they are already going on. You essentially help them pay for fuel costs and the like. As an example, the common price from Berlin to Munich is around 25 - 30 Euros. This is definitely a lot cheaper then the train and bus!

It's Possible - So Get Out There!

As you can see, traveling Europe does not have to be an expensive affair. There are many free museums and galleries to visit, and a lot of the famous sights are completely free to see.

It won't cost you a cent to picnic in front of the Eiffel Tower and climb the steps of the Sacre Couer, or wander the winding warrens of the Gothic Quarter in Barcelona. Bring your passport, your backpack and an open mind and you're ready to go.

Check out the blog Active Backpacker for heaps more information on travelling and backpacking around Europe and Asia!

Feed From My Backpacking Travel Blog

There are lots of useful stuffs. Great article!

Good planning is the key to having an enjoyable and affordable vacation to re...

Affordable options to stay in touch for students taking a gap ...

Travelling means that you’re away from friends and family, and if you’re taki... 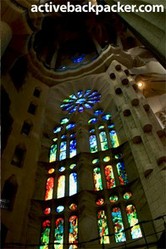 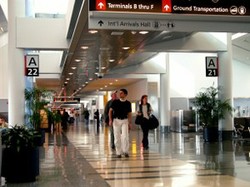 Good planning is the key to having an enjoyable and affordable vacation to remember. Learn how to self-plan a perfect, stress-free getaway.
7%  0   1 ManoloMongeloes
Budget Travel 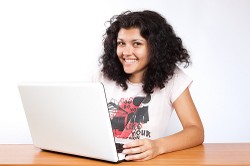 Travelling means that you’re away from friends and family, and if you’re taking a full gap year you want to find the best ways to keep in touch for less.
Loading ...
Error!