The mother tongue is the only one that can touch people's hearts, leading them to establish an immediate connection with their unknown counterpart.

My recent experience in the resort city of Hurghada illustrates that even in the age of globalization, the age of Facebook, the age of the English language's predominance, it is the tongue of people's hearts what opens the way to real communication.

This is something that the staff of my hotel was well aware of. Russian, German, Austrian and Swiss tourist swamped the dining area where welcoming and respectful Egyptian waiters were fulfilling each and every request at an unbelievable speed for 12-14 hours a day. They spoke German to the Germans, Russian to the Russians and had a good command of English as well. Many had invested exorbitant amounts of money to learn these languages at a private academy in the old city of Hurghada, enabling them to earn an equivalent of 120,- €/month at the hotel.﻿ They had no option but to abandon their wives, children and homes hundreds of miles away from Hurghada, if they were to be able to provide for them. Some of these workers were newlyweds, others had just had a baby or were expecting one. Still others had a different set of problems: one waiter was a medical doctor. He was so kind to help me with my stomach aches by giving me the advice of drinking two cups of Arabic coffee with lemon; that is what they do, since they cannot afford the expensive medication produced by our pharmacological companies.

Needless to say, we – in the West – can hardly understand the pressures they must be facing in their lives.﻿ Surely, one may counter that with the ever stronger development of a fourth world in western societies, the gap with developing countries is closing. I do not fully agree with that, because we can always count on our governments for health care, unemployment benefits, and other interventions that we take for granted. Egyptians do not have this opportunity (yet?). However, even under such circumstances, a single Arabic word still would put a smile on their faces. When they discovered that I spoke their language, it seemed to brighten up their days. They opened up to me; told me about their families, their concerns, the pains of their jobs and even their political preferences in a country where trusting a stranger with this kind of information is not always recommendable. In short, the language connection brought us closer to each other, and made it possible for me to experience a little piece of real Egypt (as opposed to the beautiful, but artificial representations thereof in the tourist district of Hurghada) at such an exciting moment in this country's history.﻿

disclaimer: this is a personal experience and should not be viewed as scientific material.

Need a transcription or translation? Do you want to learn Arabic, Spanish or German?

Please, visit our website and find out about our expertise and competitive prices 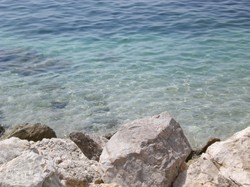 What is Duolingo? It's a website that's completely free of charge and provides you with an astonishingly easy way to learn a new language at a pace that you find convenient!
Loading ...
Error!