All plants have a popular name and a Latin,scientific name. This article explains how to understand the names..

Moluccella laevis,the name means little to most people, but they would understand the term Bells of Ireland, which denotes Moluccella in common English usage. But common,popular names can be very misleading, for bells of Ireland has nothing to do with the Emerald Isle, it is in fact native to Turkey, and it was linked to Ireland because of the green coloration of its petals. To complicate matters plants have common names that vary place by place, even within a country. So scientific names are vital for botanists and I want to show readers how to understand them.

Take a look at the picture below, and you will see Love in a Mist, the popular name for Nigella damascena. The name Nigella denotes the group of related species called a genus to which the plant belongs.Its first letter is  always capitalized, whereas the species name, damascena, in this case, is never capitalized. There is a related species Nigella sativa, and as they are close the two species may hybridize and produce offspring.Note that I did not say that a genus was a family of plants, as a family is a group of related genera [plural of genus.] They belong to the daisy family, Ranunculacaea. Note that plant families always have -acaea at the end of their names, but the family name is not part of the two-word official name of the plant.

But there are classifications below the level of species,and these are the classifications of most interest to the gardener. These are form, variety and subspecies, all of which are distinctions within a species, capable of breeding with other species members.  A form is a very minor variant, for example, a plant might be light yellow, but a variant is dark yellow. Form is denoted by, for example, Daboecia cantabrica f.alba. There is also a subspecies, which is a naturally occurring variety, often common in one area.For example, the cricket bat willow [from which the best cricket bats are made]  naturally occurs only in Eastern England and has not traveled very successfully.] This has the scientific designation Salix alba Caerulea, the subspecies name being in Latin. There is also a variety.For example, Erica arborea, var.alpina,  has the variety in italics. A subspecies is a variety that occurs naturally and possibly locally,that is the only difference. Finally,there is a cultivar, which is a  variety artificially preserved by gardeners through vegetative propagation to maintain its distinctness. An example  is Daboecia cantabrica "Alba Globosa" note that the  name is in quotation marks, and not every cultivar has a Latin designation.Sometimes you see group after the scientific name, e.g, Rhododendron cinnebarium Concatenans group. This indicates that it is one of a very large group of cultivars.

Hybrids are  designated with a cross [X] . IF you see Vibernum farreri X Vibernum grandiflora, the cross between the two species indicates that the parent plants both come from the same genus.Intergeneric hybrids are rarer and the cross goes in front of the first name. Thus X Cypressocyparis covers all hybrids between the  tree genera  Cypressus and Cyparis. On the occasion when a  hybrid is a cross between three or more genera the name always ends in ara, e.g Portinara.

Love in a Mist

The names of species can be decoded, it is not hard. There are some common ones, and I will give you a few: sativa always denotes a cultivated species, and officinalis indicates a species used in herbal medicine.  Others denote colour:alba, rosa and purpurea indicate white, red and purple respectively. Caerulea denotes dark blue to cyan in colour. Palustris indicate a plant at home on a bog. Whether the species ends in a or um depends on whether the genus name is masculine or feminine, um being the masculine ending and a the feminine in Latin, so there are some plants called sativum, for the genus name is masculine.

Some names say something about a plant's original location. Acer campestris comes from the Latin name for field, the field maple common on the alkaline soils of southern England, and a hedge plant in certain places. If you see occidentalis or orientalis you will infer that they are western or eastern respectively. Acer japonica speaks for itself, and anything sino in the name indicates China, so Gentiana sino-ornata means ornate Chinese Gentian. You might meet species names australis and maritima, saying that the species is southern or originally coastal. Hispanica links a species to Spain.

But one place name denotes a person. Some species are named lancasteri, not after the county town of Lancashire in England, but for Roy Lancaster, the famous plant hunter. Similarly, some plants are known as banksia, after Sir Joseph Banks, the famous botanist and director of Kew Gardens in the nineteenth century, one of whose exploits was to accompany Captian Cooke on his first voyage. There are eighty species named in Banks' honour. People who discover a species sometimes name it in their own honour. It is also worth noting that while plant taxonomists, scientists who study plant classification, can and do move plants from one genus to another, the species name never changes. This should alert you to the fact that occasionally plant names change. Sometimes family names change, for example, the Cruciferae, the family to which cabbages belong, was renamed Brassicaceae to make if fit in with the norm for family names.

You will find other names saying something about the physical characteristics of the plant. So for example, floribunda means abundant in flowers. Grandiflora means having grand or large flowers. Gigantea speaks for itself. Diversifolia indicates some diversity in the foliage. Of course descriptions might contain an element of subjectivity. Take Salix alba Caerulea, It was named for its light green leaves, but Caerulean denotes blue. But sometimes perceptions of blue and green, colours adjoining each other in the spectrum can be confused and subjective, especially at the boundary line between colours.

There is a whole host of species names, far too many for me to list here, so I have given you a sample to assist those of you who want to understand the names of the plants that you purchase.So if you choose to buy a plant as a present it might be helpful to be able to explain why it has the name that it does.

There are books on the subject that give whole lists of names. I have given but a sample.

Name of plants are very interesting, something I know little about! I love flowers, roses are my favorite!

This reminds me of trying to name seashells. I am not at all scientific, but I do suggest that people trying to find their type of shell search under the species name.
Very interesting about the cricket bat willow!

It is very important for a name to be universal, hence the scientific one. Good point.

Yes, that's an angle on this matter of which I was unaware.

FrankBeswick, For me, as fascinating as the scientific names are those who do the describing and naming. It sometimes is not so easy to trace them, such as Raymond-Hamet, whose paucity of information particularly confounds me since only his birth and death years are given, without the days and the months, even though the latter, in 1972, is in the information-rich part of the twentieth century.

What is a Sedge? How is it Different From a Grass?

A sedge is a member of a family of plants that are related to grasses and are... 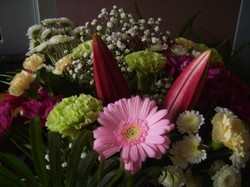 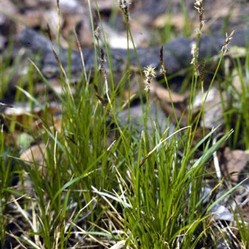 What is a Sedge? How is it Different From a Grass?

A sedge is a member of a family of plants that are related to grasses and are grass-like in many respects, but are not true grasses.
100%  33   16 Always-Writing
Plants

Many years ago, I went on a quest to find the best edible landscaping for Florida. My search brought me to face-to-face with the Moringa tree, and I have loved it, ever since.
88%  4   5 cazort
Perennials