Catholics and Protestants disagree on the importance of sacrament, but the seven sacraments are central to the life of the Catholic tradition.

A few days ago [October 2014] I was at the bedside of my dying father-in-law, who had slipped into unconsciousness following a major heart failure, from which he would never recover. All of us in the room were Catholics , and so we joined in the ritual. The hospital chaplain arrived with his sacred oils, his chrism, and began the service to anoint the dying man. He was giving him what Catholic know as the Last Rites, also known as Extreme Unction or the sacrament of the sick. It is a ritual of forgiveness of sins intended to strengthen the dying on their journey. This is not a sacrament I have seen often, for obvious reasons, but it was a powerful moment. Tradition has it that hearing is the last sense to go, and so we hoped that my father-in-law could hear what was being said, but as Catholics we are aware that God is working through these sacraments and we hope that even in an unconscious state it would bless the recipient.

There are seven sacraments, each of which marks either a stage or an aspect of life. Baptism is the first, and it is the one accepted by almost all Christians, though one or two groups do not baptize, e.g. Salvation Army. Baptism is the only sacrament that can be administered by a person not ordained as priest or deacon. A lay person can do it in emergency. This is the sacrament that marks one's initiation into Christian life. Strictly speaking you are not baptized as a Catholic, but as a Christian, but are in practice a member of a specific church.

In Catholicism you can baptize infants, because although the child is not able to consent, the sacrament is believed to mediate God's grace to the child. I was baptized at six days old, but nowadays some infants can be a month or two or even more before baptism. But there are vows taken at baptism by the godparents, and it is clear that the child cannot make these vows himself, so at a later stage the child can be confirmed. This is the sacrament of confirmation. At this stage the baptismal vows are made anew. The confirmee is anointed with chrism and it is said to be a sign that one is taking on adult Christian responsibilities, to spread and defend the faith. I made my confirmation at nine, and fully understood what was happening, but in Episcopalian churches confirmation takes place at fourteen or when the individual is ready.

Of course, if a person is baptized as an adult, they can be confirmed at the same time as they are baptized.

Catholic Theology states that baptism wipes away all previous sins, including the original sin that we inherit from our human nature, which is best understood as an inherited weakness rather than a sin. At your baptism all sins are forgiven, but you can only be baptized once. The baptized person is now a member of the Christian community. Note that while I became a member of the English people by birth, I became a Christian at baptism.

As Catholics believe that God works through the church they believe that the church administers God's forgiveness. This is done through the sacrament of penance, though there are other ways to be forgiven, such as asking for forgiveness. The ritual of forgiveness involves confession of sin. It is important to realize that as Christians advance in the spiritual life they become more and more conscious of their faults and their unworthiness, so repenting sin is considered important. There has been a decline in numbers attending confession in recent years, and there may be some developments in how this sacrament is administered.

However, the main sacrament is the Eucharist. The original Eucharist was the Last Supper, which Jesus told his disciples to re-enact in memory of him. It seems that Jesus made a great deal of table fellowship as a sign of communion within his small band, and so he wanted the communion between his disciples to continue after his death. However, for Catholics the Eucharist is not a mere memorial of a dead person. it is a celebration of the sacrifice made by Christ and a re-living of his presence. For Christians Jesus is not a dead leader. but a living Lord, embodied after his resurrection, but present in his community in a new way, of which the Eucharist is a sign. Benedict the Sixteenth, writing in Jesus of Nazareth, volume 2, describes the Eucharist as a transcendent mode of presence. So yes, Catholics believe that the Eucharist is Christ's body, but it is the glorified, risen body of which we speak, which transcends to historic body that died on the cross.

Thus, attendance at mass, Eucharist, is not an optional extra for Catholics, it is the centre of our religious life and a means of maintaining our membership of the Catholic community, the body centred on the presence of the living Lord dwelling within it.  Anyone who says that you don't need to go to mass to be a Catholic is seriously wrong. I don't think that you have to attend every week, but to never attend is not to live a Catholic life. I attend mass every week and believe that it is a spiritual empowerment in my life. Not that I spend mass in a state of excitement or mystical  elevation, but rather at some level of my being I am empowered for goodness by participating.

Roles within the Community

So far we have dealt with five sacraments, and only two remain. These are are matrimony and Holy Orders. These are sacraments that mark the major commitments of life. Marriage is such a commitment, so the church designates it as a sacrament, a holy ritual through which God's grace and love are mediated. When two Catholics marry they have not only a wedding service, but a nuptial mass, which during which the wedding service takes place.  The sacramental nature of marriage emphasizes that Catholics take their vows very seriously indeed and regard them as binding for life, for they are not only between two people, but between them and God. For this reason a Catholic marriage has an extra dimension not present in a secular marriage, the binding bond with God.

Holy Orders, by which you become a priest,  is the other commitment.  There have been various levels of  Holy Orders, but the historic three grades are deacon, priest and bishop. Note that the pope is not in Holy Orders to any degree higher than other bishops are, but is merely the senior bishop. Being in Holy Orders, being ordained, entitles you to preach and celebrate the sacraments. You can never leave Holy Orders, you can merely stop practising as a priest. So when certain people demand that priests who have done wrong be stopped from being priests, they are asking the church for something that it cannot do. A priest can be banned from practising, but he remains a priest for ever.

To understand sacrament you must understand the true nature of the church. For Catholics it is a human institution, but not only a human one. It is the community of people gathered round the risen, living Lord and possessing the gift of his Spirit. Thus the church, flawed as it is by sin, but also, to be fair, replete with many holy people, is Christ's mode of presence in the world, his body, as it were. Thus the sacraments are Christ in action through the church, channels of his grace.

This ties in with another concept, that of sacramentals. Ologsinquito wrote a fine article on these. They are the minor rituals, not as central as sacraments are, but certainly channels through which Christ acts in his people's lives. In a sense, everything that the church does is sacramental, as long as it is true to its mission. Sacrament should not therefore be limited to the two rituals of baptism and Eucharist established in the Bible. Rather it should be seen as the concept that expresses truly what the church is, Christ's way of acting in and through his people.

I thoroughly enjoyed reading this, Frank. Being a protestant, the ways of Catholicism are a little mysterious to me, and your article shed a little light on that mystery for me. I always enjoy the beauty of the mass, when one is shown on television. There seems to be a lot of reverence involved, and I can really appreciate that.

Good article, I believe sacrament is all encompassing in its action, promise and consequence.
I believe that the real presence of God is in the world all time, but with the act of a specific sacrament the presence is felt and experienced in a deeper and enriching way which can help understanding and lead to less anxiety in daily life. This has been written by Andrew Beswick...Frank's son

Hi Frank, sorry it took me so long to read this excellent article, which I am pinning to my All Catholic board. It's a shame that more Catholics don't take advantage of the Sacrament of Reconciliation. God doesn't change. A sin is still a sin.

giving forgiveness and asking for forgiveness on an ongoing basis is crucial to the love and nurturing of us all Lord have mercy. Great article 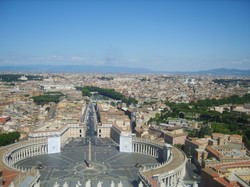 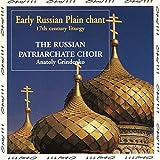