Understanding the doctrine of the Trinity

The doctrine of the Trinity separates Christianity from its relatives Judaism and Islam, but it arose as the best way to make sense of the mystery of Jesus.

The doctrine of the Trinity is one of the strange points of Christianity. That God can be three in one seems to fly against numerical reason, but it is not this kind of reason about which we are talking. Christians believe that God is a complex and strange reality [or is it we that are strange] and this mystery is expressed as the belief that this complexity contains a triple reality. The basis of this doctrine is the apostolic experience of Jesus Christ, who had a powerful charismatic presence that endured after death and which was encountered in the eucharistic celebration

There is a tale told of St Augustine of Hippo, the great theologian. While working on his book, De Trinitate, he was strolling along a beach in North Africa, thinking about the imponderable problem of  trying to explain the Trinity. Eventually, he came upon a little boy who had dug a hole in the sand and was filling it with water from the sea. The little boy told him that he was trying to empty the sea into the hole, so Augustine replied that this was impossible. The story goes that the boy answered that it was more possible than trying to explain the Trinity, then vanished. Augustine had learned his lesson. Some mysteries are beyond explanation, as human minds are insufficient to handle them, so this article will not attempt an explanation, but merely explain how Christanity came to a belief in the Trinity.

Firstly, Christianity is not into reductive reasoning, which tries to reduce a mystery or phenomenon to a level that we can understand, which is always an explanation in the categories of conventional thinking. Rather it is into expansive reasoning, which tries to expand the human mind to a greater and deeper level of understanding. Reductionism never explained anything satisfactorily. Physics shows us a world that is strange beyond human comprehension, so is it so unreasonable to believe that God is even stranger. Should theologians be  constrained to common sense models when science is daring the boundaries of conventional thinking?

The doctrine of the Trinity is that God the Father communicates with humans through his Son, Jesus, who was fully human and fully divine, and through the Holy Spirit, his indwelling power in hearts and minds. The Father cannot be represented, but his manifestations are the other two members of the Trinity, who proceed from him. The presence of the divine in Jesus is known as the incarnation, and the union of the divine and human natures is known as the hypostatic union.

At the basis of the doctrine of the Trinity lies the apostolic experience of Jesus. There are a few clues available in the text. In Luke 24 we have the meeting on the road to Emmaus, when Cleopas and his companion walked along with the risen Jesus without recognising him, only to recognize him at the breaking of bread. When the risen Lord vanished their response is significant, "Did not our hearts burn within us when he explained the scriptures?" as though the ability to inspire the soul was a characteristic of Jesus. Yet this does not seem to be a one-off experience. At the healing of the paralysed man in Mark 2 we find that Jesus displays some knowledge of the source of the man's condition [almost certainly hysterical paralysis due to guilt] and declares him forgiven. In the depths of himself the man felt forgiven and his body was healed. Healing was here was allied to paranormal knowledge. Again, in Mark 5 we read of the healing of Jairus' daughter, who was clinically dead, when Jesus called her name, and she responded, even in depths of her apparent death, as if he could speak to the deep places of a person's heart and mind. He seems to have had enormous charisma that inspired either love and devotion or intense hatred, and meeting him evoked decision.

Later on the road to Damascus Paul met the risen Lord in a powerful, life-changing encounter. For Paul this was not just a meeting, it was a disclosure of Jesus 'identity, a powerful religious experience that led him to radically change his views on religion. Within a few years when writing his letters Paul was using a  triadic formula, "The grace of Our Lord Jesus Christ, the love of God and the fellowship of the Holy Spirit...." He saw Jesus as integral to the deity [though not identical with God the Father] to such an extent that he thought the three a unity.

But the experience did not go away after Jesus' resurrection. The church believed that it continued in the eucharistic celebration, when Jesus was somehow made present, or his presence in the church was sustained. These factors discussed here led the church to realize that in dealing with Jesus they were dealing with someone who was human but more than human. Somehow in Jesus they had met the divine. The problem was explaining this in a satisfactory way, and that has been what Christian theology spent the next few hundred years trying to do.

Christian theology had a long and painful birth. The problem was to establish a satisfactory theological formula that did full justice to Jesus' evident human nature and his sensed divinity. "What think you of Christ?"  was a question commonly asked in discussions between Christians. Early on there were Docetists who believed that Jesus as only apparently human, a God in a mere semblance of human nature, but the church insisted that he was fully human. But there were also those who denied that Jesus was divine, thinking him merely a prophet. Islam manages to combine the elements two beliefs because while thinking Jesus a prophet it believes that only an image of him died on the cross. There were Arians, who believed that Jesus was a created being, a very holy one, but part of creation rather than the divine Trinity. Against Arianism the church formulated the Nicene creed [Council of Nicaea, 325 A.D]  which declared that Jesus was begotten not made, which accepted that he came from God the Father but that it was an eternal relationship rather than a created one, which would have meant that there was a time when Jesus did not exist, and which would imply that he was not divine.

The biggest divisions in the church, which still exist today, occurred in the fifth century. The first was the controversy that led to the council of Ephesus [410 AD] . The patriarch [very senior bishop] Nestorius attempted to resolve the problem of Christ's divine and human natures by suggesting that the two natures were in moral union. However, this implied that Jesus was two persons, a divine one inside a human one, so the church met at Ephesus and opposed this belief, reaffirming what is known as the hypostatic union, the union of two natures in one being in Christ. The Nestorians still exist today, though depleted partly by mass conversion to Rome in the 1930s and various persecutions that have beset Christians in the East over the centuries.

The next group is the Monophysites, of whom the Copts are the best known example. These believers thought that rather than having divine and human natures the divine and human were united in one nature. This seems arcane and the problem was that in the issue, which was resolved at the council of Chalcedon, personalities and ambitions seem to have mattered more than theology for some people. The orthodox Christians rejected Monophysitism on grounds that it seem to weaken the divine nature in Jesus.

A third group were the Monotheiites, who attempted to defuse the Monophysite controversy in the seventh century by arguing that Jesus had two natures but one will. This group were rejected as the church said that two natures men two wills. This group no longer exists.

The famous book, Cur Deus Homo, which in Latin means Why God Man, was written by St Anselm in the eleventh century. Anselm believed that God became man to pay the price of Adam's sin. Man had to pay the price, but only God could do so, therefore God became man to resolve this problem. There has been much discussion about the purpose of the incarnation, but for the purposes of this article it suffices to say that Christian thought cannot divorce its understanding of the Trinity from its wider view of the role of Christ. Yet the idea that Christ only came for sin was never a full account of the incarnation. An important idea came from Duns Scotus, a Scottish philosopher/theologian of the thirteenth century, who argued that the coming of Christ was an act of love and that Christ would have entered the world whether or not there was sin, but that when he did he dealt with the problem. For Scotus, Christ is like a friend who comes to see you, but when he arrives finds a problem and deals with it.

This Scotist view links in with another reason for the incarnation, that Christ is the illuminator. To illuminate the correct spiritual path  for humans God made himself manifest in Christ, showing us in Jesus Christ what the true character of God was like. John's Gospel saw Jesus as the Word incarnate, God's wisdom manifested to humans in visible form [John chapter 1, the Prologue.] The Word of God,his logos in Greek, was the way in which his wisdom was communicated to humans. For Christians Christ is God's way of showing us what God is and what humans could be. In Christ the God who is over and against the world as its creator becomes a participant in the world that he created.

For Christians the Holy Spirit is the indwelling power of God that transforms the hearts and minds of those who receive it. The orthodox Church is adamant that the Spirit derives ultimately from God, and there was a major disagreement between them and the Western churches, who argued that it comes not only from God but also the Son, Christ. This has been effectively resolved by the West agreeing that the Spirit derives primarily from the Father and secondarily from and through the Son.

When speaking of the Trinity we would do well to heed the words of Isaac Newton, who when speaking of his knowledge [of everything, not just religion] stated that he felt that he was standing on the shores of a large ocean, and the knowledge that he had was merely a droplet of what was  still to be known. The Trinity is like this. It is more mysterious than the world. Paul Tillich used to speak of the God beyond God, that is God as he  truly is rather than merely as we understand him. The doctrine of the Trinity is Christianity's grasp of the nature of God; the truth is higher still; it is not less.

Skymeadow: a review10 days ago

The Christian View of Political Leadershipon 02/05/2019 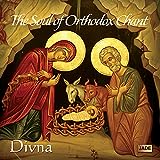