You will have seen tropism at work in plants, but might not have recognized it for what it is.

A tropism is a way in which plants move certain parts in relation to a stimulus, whether it be positive or negative, up or down, or maybe curling, as we see with beans and peas. Gardeners and growers need to not only recognize tropisms for what they are, but work with them to maximise plant growth.Tropism is a very simple subject, but as always the plant chemistry behind it is intricate, but here I am going to simply describe without any baffling chemistry.

Photo courtesy of Efraimstochter, of Pixabay

Tropism and the NVS

I was sitting in the National Vegetable Society Manchester District Association branch meeting in November 2019, discussing an educational display that we were planning to do, when Sandra, our chair woman, asked a member, who is a retired scientist, for information on tropisms.Now his skills are in chemistry and astronomy, but he had not got the information at hand.So I stepped in and listed a few tropisms. So she quickly gave me the task of researching tropisms for the next meeting.

My job is to simply provide the information. Am I getting to prepare the display? No chance. They would not give me free rein with anything that needs to look good; and we have a very talented Indian lady who did a brilliant job on the educational display at the last show. So that's her job. But I get to do the research, and I am happy with that. Anyway, after I informed Sandra of my complete lack of talent at visual arts she has promised to do any artwork herself. That's a good thing about the society, it uses people according to their talents. .

But I need to say what tropism is. Tropism is an internal movement of the plant.Sometimes it is growth in a certain direction, but at other time it is simply the plant turning its head.Tropisms arise from the chemical constitution of the plant, so they  differ from nastic movements, such as swaying in the wind,  which are caused completely by external factors.

I decided to use my research as the basis for an article. While many tropisms are known in nature,  I am focusing on those tropisms that are relevant to gardeners.

One of the commonest forms of tropism, and certainly a very important one, is phototropism, which is the tendency of plants to turn their heads towards sources of light.Plants on window ledges often do this and if left long enough untended can be permanently bent. This tropism keeps the flower head warm and therefore more comfortable for pollinating insects. It also illuminates the flower heads better so as to make insects see them the more easily. This positive phototropism in flowers is reversed by negative phototropism in roots, which grow away from light.

An example of phototropism is the experiment performed by Thomas Browne [1605-1685] who placed  a tray of mustard seedlings on a window ledge and ascertained that they grew to the sunlight.  He then turned the tray round and found that the seedlings reversed their direction. Seedlings were good for this experiment as their stems are flexible and thus bend easily.

The mechanism behind phototropism is a substance known as auxin, which is a plant growth hormone more abundant in upper stems than elsewhere in the plant. In fact auxin suppresses growth in lower branches to some degree. Auxin concentrates on the unlit side of the plant, causing it to grow faster than the lit side. This causes  the plant to bend towards the lit side. Conversely auxins are found in root tips, known as apical meristems,  which bend away from light.

A form of phototropism found in young sunflowers is heliotropism, which involves  the plant head's tracking the sun during the day. Sunflowers lose this capacity as they age,leaving mature sunflowers fixed in an eastward-facing mode.Sunflower stems are rigid, to bear the weight of the plant, so only the heads turn and follow the light.It has been suggested that facing the sun keeps the seedheads warm and therefore attractive to pollinators.

But tropism can be negative to light, for there is also geotropism, sometime known as gravitotropism, which is characteristic of roots. Roots grow downwards because at the root tip they have an elongation zone. Within the roots we find organelles called amyloplasts, which contain starch, which weighs them downwards towards the earth. Within these organelles are gravity sensitive cells called statocytes, which ensure downward growth.

There is also a form of  negative phototropism known as skototropism, found in certain jungle vines. In the first stage of a vine's life it must seek a tree trong enough to support it. so it grows away from light until it finds a sheltered spot under a tree. It is drawn to the dark bases of large trees s they provide the best support. Then once it has found its ideal spot skototropism ceases and positive phototropism commences.Cucumbers are a kind of vine whose  fruits bend away from light, though the reason for this is not very clear.

Other Forms of Tropism

The commonest that  gardeners will meet is thigmotropism,  also known as haptotropism, which involves sensitivity to touch. You have all seen beans and peas attaching themselves to a pole. This is an example of thigmotropism that gardeners use to support their plants. What happens is that tendrils respond to contact by curling round the supporting plant. It is also the case  that Convolvulus [bindweed, which is a common weed on allotments]  attaches itself to plants in the same way. Roots display negative thigmotropism when they move away on contact with a stone.

Chemical tropism is common and has several different types. The basic process involved in all is response of the plant to ions moving in the soil.

One form of tropism commonly known to gardeners is hydrotropism, which is a movement in roots towards a water source. Movement towards dampness is known as hygrotropism and is just a form of hydrotropism. The classic example of hydrotropism is the carrot. Carrot seedlings throw down a long taproot towards a deep water source, which is a legacy of carrots' origin  as a desert plant. Growers  often use this tendency to enable them   to grow long carrots by growing in tubes which are watered from the bottom.The long roots that search for water thicken out to produce long carrots. This form of tropism is also found in tomato roots, parsnips and radishes. . The mechanism of hydrotropism is thought to be connected with the presence of abscisic acid in plant roots.

In arid conditions hydrotropism counteracts geotropism because arid conditions diminish the supply of amyloplasts and statocytes, thus weakening geotropic forces without lesening hydrotropic ones. It is also known that plants

A vital instance of chemotropism occurs  in pollination, as the pollen's landing on the stigma, the plant's female organ, elicits a response from the ovule, which causes a pollen tube to develop down which the male pollen travels to fertilise the ovule

A final kind of tropism is thermotropism, which is movement of a plant towards a heat source. This can be found in house plants which are drawn towards radiators, bananas being an example. But outdoors this tropism also operates. It is well-known that maize likes a warm stem, but cool roots, and it has been noted that if there is any temperature incline in the soil in which maize is grown its roots will grow towards the cooler side,though this does not operate in cold conditions unsuitable for maize.

Knowledge of common tropisms is useful to gardeners. We do not need to be thinking about it all the time, but it is a weapon in the gardener's armoury of knowledge.

I concur. Plants respond to electrical fields, but nowhere have I heard mentioned the phenomenon of which you speak. I suspect that this might be a tropism of certain plants in dry regions.As it would be the roots that absorbed water, it may be that the esters are a side effect of the plants' readiness. But here I , who is not a great chemist, am getting beyond my level of competence.

Frank, this might be another form of tropism, or something close but distinct. Many years ago an engineer told me the odor before a thunderstorm is not ozone, which I concur with since I know the smell of ozone. He suggested that electric field changes signal plants to open for the reception of water, and the odor is probably esters that are released in the process. I suppose opening for the reception of water is tropism, but the chemical process that releases esters, if that is what is released, I am tempted to say meets the definition. Do you concur?

Yes, there will be an article on the display, but much later in the year.

frankbeswick, Thank you for the practical information and the product lines.
All this tropism information appeals to me in terms of understanding and witnessing above- and below-ground plant growth (wouldn't it be nice if tree branches would, like roots distinguishing between harmful acids and useful minerals, grow away from, instead of into and over, our power lines?).
In particular, I'm thinking of the way all plant parts in epiphytes, and buttress roots in bald cypresses, are exposed. How many tropisms do epiphytes harbor, and do their air-borne roots (and the mounded parts of bald cypress roots) react counter, not at all or toward light?
Will there be a follow-up article on the actual, completed display?

Spring announces its arrival with a palette of colors for early spring flower... 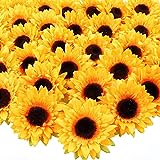 White snakeroot, Ageratina altissima, is a wildflower native to Eastern North America; here learn how to identify it, how to grow it, and how it supports the local ecosystems.
100%  25   20 DerdriuMarriner
Garden Plants 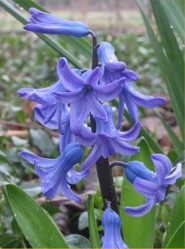