What Is Vitamin E?

What Is Vitamin E?

What Does Vitamin E Do For You?

There have been more extravagant claims about the "magical properties" of vitamin E than for most of the other other vitamins put together (with the possible exception of vitamin C). It keeps you young, increases sexual potency, cures heart disease, prevents baldness, fights the effect of pollution on the lungs... and the list goes on and on.

Indeed, numerous professional scientific studies, often using animals, have produced some remarkable results seeming to support these claims. However very few of them have been clinically proven in a manner which is totally acceptable to science.

It has been used as an anti-blood clotting agent and to help regenerate new skin and prevent scar formation internally and externally. (Vitamin E is absorbed through the skin when applied as an ointment.)

It is popularly claimed that vitamin E helps in the treatment of coronary disease. Although certain studies have shown that this may be the case, there is no acknowledged confirmation of this from other medical studies.

American researchers, experimenting with rats, have apparently shown that the effect of air pollutants (smog, cigarette smoke) can be considerably lessened by high doses of vitamin E. Rats on vitamiri E deficient diets became ill or died when continually exposed to air pollutants. The control group of rats, under the same conditions but on a high E diet, remained well. This is encouraging research, but what is true for rats is not necessarily true for humans.

There have also been experiments with mice which have shown that vitamin E considerably reduced the number of age pigments in their testes. This had led to the popular belief that E can retard or reverse the ageing process. This has certainly not been clinically proven.

It is substantially destroyed by commercial food processing, especially deep freezing . Vitamin E is therefore added to many processed foods.

Heat can destroy about 30% of the vitamins when carrots, Brussels sprouts and cabbage are boiled.

Exposure to oxidising conditions such as light and air cause slow losses of E which are accelerated by heat.

Milling techniques can remove it from grains. There is a 92% loss in the vitamin content of white flour produced from wholewheat grains - the wheat germ is removed and bleaching agents kill vitamin E.

Except for anaemia in low birth weight new babies born before adequate reserves of E have accumulated, deficiency in this vitamin does not appear to cause any specific disease. In fact , the human body is rarely deficient in vitamin E.

However, since it is a fat soluble vitamin it is not absorbed into the body if there are insufficient fat digesting enzymes present as is often the case with people suffering from certain diseases such as cystic fibrosis.

There has been some argument that increased consumption of polyunsaturated fatty acids in the Western world should mean a higher intake of vitamin E. This is really a fallacy since polyunsaturated fats (mainly vegetable oils) are themselves a source of the vitamin.

USA figures suggest an average of 8 to 10 milligrams per day with a slight increase during pregnancy and while breast feeding.

An American biochemist has been quoted as saying: "You can't live without vitamin E but you can get enough of it without trying."

This assumes, of course, a balanced diet.

It is used in the treatment of internal diseases (e.g. cystic fibrosis) where there are insufficient fat absorbing enzymes present.

Vitamin E is considered to be comparatively non toxic though there have been no studies on the long term use of high doses.

The Squat is universally recognized as a key weight training exercise. Requir... 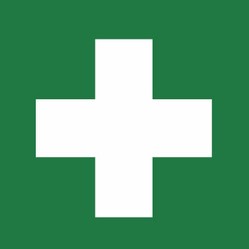 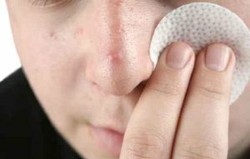 Acne is an inflammation of the skin centered in the Sebaceous Glands.
7%  0   1 health
Exercises 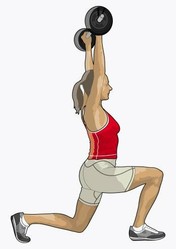 The Squat is universally recognized as a key weight training exercise. Requiring balance and coordination, it blasts your legs and gives your gluteus maximus a focused workout.
Loading ...
Error!