The Great Glen Way is a route that crosses Scotland from West to East.

Britain is at its widest in the south, but at points Scotland can be quite narrow, easily walkable in a few days on foot. The roads and footpaths are well maintained and many walkers take the opportunity to hike the route.It takes them on a direct route that in some places skirts the dark, peaty waters of Loch Ness, though you are rarely close to its waters and you never see the monster. There are good facilities en route and it makes for an enjoyable walk.

All pictures courtesy of Matthew Beswick

What do you do when you get promotion at  work? You have a week's free time between the conclusion of your previous role and the start of three weeks training for your new job. Do you crash out with a few  days lazing around, getting up late and vegetating before the television? Or do you take the opportunity to walk across Scotland? You have a week and the journey takes four days.It is doable. This was the choice faced by my youngest son, and as an ardent walker he grasped the opportunity,

The journey is more or less a straight line between south west and north east, and it is considered wiser to begin the hike in the south west, as this means that the westerly winds, which prevail in Britain, are behind you, and so if it rains the rain will not be in your face. But if you have little time for the walk then you are advised to travel to Scotland by plane. Here's the rub, the route begins in the west, but Inverness Airport is in the East. So Matthew chose to fly to Inverness and then take a bus to the starting point in Fort William, a pleasant little highland town nestled in a small space between the  waters of Loch Linnhe, a sealoch, and the Scottish mountains dominated by mighty Ben Nevis, Britain's highest mountain, whose summit looks regally down on the small settlement.

The route begins in the old fort of Fort William and passes briefly by the briny waters of Loch Linnhe before entering the Caledonian Canal, which follows the great glen to form a route for sea vessels wanting to save journey time and also avoid the turbulent waters around North Britain.It crosses an area known as Corpach, a site of a mediaeval clan battle when in 1454 Clan Cameron routed the forces of Clan Maclean.Corpach was also a place where funeral processions used to halt for a rest on their journey to the graveyards, hence the word corp for corpse.

The Caledonian Canal takes advantage of the fact that there are three lochs in the glen, going from West to East: Loch Lochy [not a large loch] Loch Oich [quite a small and narrow one] and mighty Loch Ness. The rivers between the Lochs have been canalised and are deep enough to take small vessels. The Great  Glen Way follows the route of the canal and walking at first is on good quality tow paths, which for readers unfamiliar with canals were the paths along which the horses  that used to pull canal barges walked.

One memorabale part of the western side of the route is Neptune's staircase, a series of locks that take the canalised river up a height of sixteen metres or so. Canoeists taking the canoe route along the glen have to portage their canoes up the paths beside the staircase and are a familiar site, and small sea vessels, often luxury craft,can still be seen using the locks as they pass.

The day passed unremarkably for Matthew, there were no difficulties in route finding and the rain, which decided to end Britain's droughty spell while he was on his walk, was not too heavy.After twenty three milles walking he arrived tired and hungry at the accomodation  that he had booked for the night. The longest stretch was done, but not the hardest.

This was to be a day of eighteen miles, but much of it was along footpaths.

Loch Lochy came first, and the route took him along the northern shore through some forested  terrain. The walk led him through the lochside woodlands on the north west banks of the water. The lake was not far away, and some pleasure craft sailed across the quiet waters. The sky above,briefly at times visible through the tall Scots pines,firs and spruces of this softwood successor of the Caledonian forest, was blue with intermittent cloud,as sky-gaĺĺeons of cumulus sailed their majestic voyages across the heavens. .

He passed out of the pine woods by Loch Lochy and continued on country tracks through a landscape that combined rough grassland with some ;iight tree cover. He was passing Loch Oich, the smallest of the lochs in An Slighe a Ghlinne Mhoire, [pronounced An Sly a Glinne Vore, the Great Glen Way.] But the landscape around Loch Oich was more open for views. To his left and therefore to the north west were the mountains of the Northern Highlands, an area of rock which is geologically akin to Canada, and to the right  were the highlands of Central Scotland,grand in their own way, but not as jagged as their North Highland counterparts.He was conscious of the great expanse of blue,cloudy sky. But also he was aware of the great quietness of the hills, a silence only occasionally broken by the bleating of sheep, the occasional  calling of birds and the gentle sighing of the incessant northern winds.

He reached the small town of Fort Augustus, on the western tip of the mightiest loch in the Great Glen, Loch Ness, and got some refreshment. For some this was the end of one of the stages, but he was not booked to stay there.He had some accomodation in Invermoriston. It  was self-catering, so he bought a microwavable meal in Fort Augustus,where the road, which had for a short stretch run along the southern banks of Loch Oich  crossed to the northern side to run along the northern shore of Loch Ness,  and hiked a few more miles along the wooded shore of the loch [not a monster in sight] until he reached his destination,where  he contacted his wife  to say that he had arrived safely, and also his mother. But while the next day was the shortest of the day's walks, it was over tougher territory, so having dined he went to bed early.

On the Shores of Loch Ness.

From Invermoriston he set out on a short but relatively tough stretch, for the northern side of Loch Ness is more dfficult underfoot than the previous route had been, but it was only to be thirteen miles to his next destination, the village of Drumnadrochit. The name means the Ridge of the Bridge, Drum meaning ridge,  na  meaning of the, and Drochead meaning bridge. The village got its name from a bridge constructed in the late eighteenth century and the ridge was a stretch of mountain above the settlement. There was some rain that day, some spells of which were heavy, but they were not incessant. The views over the waters of the loch, stained by peat run- off from the surrounding hills, were grand. But there is a tendency  for visitors to glance over the loch, wondering if there really is a monster. There isn't, but you are never sure, are you?  A short day terminated in a night's stay in  a small hotel, and next day the route would conclude in Inverness  and that would be journey's end.

He passed the  ruins of Urqart Castle, which is near Drumnadrochit. It is  a quiet and imposing sight, This is supposedly monster territory, for there have been more reported sightings there than at any other site on the loch, but nothing was visible. Some legends have it that beneath the ruined sandstone castle there are caves where the monster has its lair, but legends are all that they are.

The final day was to take the path through the expanse of Abriachan Forest. This is a successor to the great Caledonian forest. Much of it is relatively recent planting, softwoods such as pine,fir, spruce and larch, but some oak and beech remained. The forest  was handed over to a trust that has begun the long process of restoring the native woodland. With the trees sheltering walkers from the wind and from the light of the sun, the forest was a quiet and shady place,  a land of occasional whispers in the trees, a place where animal noises were not often and in which squirrels scuttered from branch to branch. Like all such sylvan places sound was a backdrop to a profound silence. Strange isn't it, that at time like this you can hear silence? The going underfoot was hard in places, as the rough ground made the walking slow. Loch Ness had retreated from visibility,not that it  was far, but that it was obscured.But this was not a giant wood, and it was not the aboriginal British wildwood, or even its younger successor, the greenwood. Eventually the forest yielded its embrace to cultivated land and the forest path widened and ultimately joined a road. Inverness and its airport beckoned.  Home was  a plane flight away, though there was still a night in a small hotel to do.Glen Mhor was another happy memory of time spent in nature's joyful company.Monday was a new position.

There are villages en route where you can purchase supplies,though they are fewer on the banks of Loch Ness,but you are never far away from a shop. Fort Augustus is a small town at the western tip of Loch Ness. The heaviest food you might need to carry is a packed lunch and a water bottle.

Are there places in the stops to replenish supplies, or does one have to carry multiple days food and drink?

Itbwasvsimply necessity. Coffins were borne on men's shoulders, so the coffin bearers needed to rest. It was nothing to do with the battle.

The first subheading, Starting the journey, intrigues me with the observations within its third paragraph that "It [the route] crosses an area known as Corpach, a site of a mediaeval clan battle when in 1454 Clan Cameron routed the forces of Clan Maclean. Corpach was also a place where funeral processions used to halt for a rest on their journey to the graveyards, hence the word corp for corpse."

Was it physically and temporally convenient -- halfway point? most challenging topography behind, all downhill from there? -- to rest at Corpach? Or was there also a component of pausing to remember those who died in 1454? 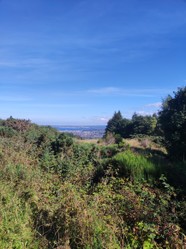 The Rings of Power: initial thoughts27 days ago 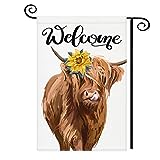