The National Trust is the custodian of the United Kingdom's cultural heritage and it often promotes this heritage by publishing books. These books are of high quality, illustrated with beautiful photographs and eminently readable.Many of them make good coffee table books, the kinds that you can leave out to be dipped into for the sheer pleasure of the photography. Walled Gardens is such a book. Written by a skilful writer and illustrated by high quality photographs, it is a must read for all garden lovers.

I received Walled Gardens on Christmas Day as a present from my daughter and her family. The decision to buy it for me was motivated  by a visit that we took with her and my grandson to Plas Cadnant, the Hidden Garden, in Anglesey, which is not far from her house. There I confessed to her my fascination with walled gardens. By Boxing Day I had read it in full, for it was a book that I could not put down. Well-written, beautifully illustrated and informative, I mined it for information on walled gardens, which are one of my favourite areas of gardening, and simply relished the glory of the garden.

The quality of the book is  enhanced by the writer, who is in  the UK a television personality specialising in Escape to the Country, in which he advises people on the purchase of country homes. His role reflects his wide knowledge of architecture, so unlike some media celebrities, who are more style than substance, he is a man with deep knowledge of country buildings and estates. Integral to the author's expertise is  his  previous work as an archaeologist. Like many of his fellows he found archaeology could not provide  sustainable living at a reasonable standard, so he moved into media, but he  carried with him his archaeologist's eye, and we see the benefits of this in the book when he analyses the structures of the various walled gardens to unravel the history of construction hidden in their mute walls. He gives a good account of the construction and operation of pineapple pits, popular in the early nineteenth century in the days before heated glasshouses gave us sustainable and controllable heat. Such techniques may now be of the past, but in  world running short of fossil fuels and wary of the atmospheric consequences of burning them, maybe older techniques are part of  a sustainable future.

The Contents of the Book

Each chapter is blessed by high quality photographs of the various well-known gardens that the author has visited. His visitations were facilitated by the fact that the National Trust, the book's publisher, who commissioned the work, own many of them. We read about many of the nation's walled gardens, from famous tourist attractions such as Heligan, the lost gardens in Cornwall lovingly restored by Tim Schmidt, to less known ones, such as Blickling in Norfolk, the childhood home of Anne Boleyn, Henry the Eighth's mistress who became his queen and lost her head for her pains. Hudson wonders whether she would recognise the garden were her sad and wandering shade to return, but the archaeologist in him  is aware that modern Blickling is the product of a later garden designer, so she probably would have difficulty.

We read of Chartwell in Kent, Winston Churchill's beloved garden, much of whose building work he did with his own hands. The amateur building work has been preserved in memory of the great man who was instrumental in saving civilisation from the Nazis.

Another element in his work is his archaeologist's analysis of the construction and role of  garden structures. We read interesting information on the erection of glasshouses and the identification of the age of the various walls. How to use clues to date and trace the development of a garden is a fascinating element in the book, which  will repay return to the text and careful study. You will find this information in the section called Reading a Walled Garden. Therefore, in addition to its being a great book for leisure reading it is a useful resource for anyone studying walled gardens.

Hudson is clear that despite the fact that many walled gardens are preserved for posterity, these gardens cannot be fossilised and preserved exactly as they were in the past, for gardens exist in time and so must continually adapt. He cites the interesting example of the pineapple pits at Heligan. In their  heyday the heat for the pineapples was partly provided by decomposing oak bark acquired from a local tannery.  As this is now not available the substitute was found in oak leaves. so an older technology is being sustained by a newer method.

That to survive walled gardens must pay their way is an important principle in Hudson's thought, and he affirms that they must do so by meeting the demands of modern economic situations. To this end he shows us three gardens, strangely none owned by the National Trust, that have thrived economically:Newport House in Herefordshire [Western England]  Gravetye Manor in West Sussex and Gordon Castle in Moray, Scotland. Newport is the most  traditional in that it feeds a rich owner, but Gravetye, an elliptical garden set on a hill, supports a Michelin-starred restaurant and it is not uncommon to see a chef from the manor house scurrying through the gardens picking produce to take back to the manor.

Gordon Castle is the brain child of Zara and Angus Gordon-Lennox, who inherited the rundown estate with its neglected garden in the windswept north-east of Scotland. Angus realised that the garden was too big for a house, but too small for Tesco [ a supermarket chain] so he needed a business whose demands concurred with the capacity of the garden. The Gordon-Lennoxes turned to the 259 fruit trees still growing in the walled garden by the hard work of the head gardener, planted a large number more and ventured into fruit products,  A large herb garden enables them to produce herbal products. A recent re-design of the eight acre garden has created an attractive tourist  feature and the garden has set up its own cafe that uses its products alongside those from other local producers. Gordon Castle is a good example of  modern productive walled garden.

Walled Gardens is a well-written book that will give much enjoyment. I commend it to readers.

The garden is Felbbrigg Hall in Norfolk, East England.

Many walled gardens are completely enclosed, but in smaller properties, such as vicarages, the house and garden can be integrated, with the wall of the house constituting one of the garden walls.

The pineapple pit has low brick walls above the sides of the pit, which increase its depth. So the glass is not flush with the ground. Since the development of heated glasshouses these pineapple pits have become rare and are regarded as relics. I have only seen one, and that was at the "lost" gardens of Heligan.

frankbeswick, Thank you for the backstory, current situation and book. Does the wall enclose the garden so that it is always separate from the rest of the property or is it possible to have a walled property within which dwelling, garden and lawn merge?
Which walled garden is on the cover?
In another direction, but related, is the glass over a pineapple pit flush with the surrounding ground? How big and how tall would pineapple fruit and stems grow?

Thanks for the explanation Frank. I will check out the other garden articles by you and your sister.

You don't sound stupid,and never do. Any garden with a wall is walled, but we traditionally use the term to denote any garden with a brick or stone wall of significant height, big enough to shield the plants from winds and land predators and to create a micro-climate. Gardens with hedges do not normally count as walled, as they are porous to wind and predators. But the difference between walls and hedges is one of degree of enclosure not of kind.

Britain is rich in walled gardens. Veronica wrote an article on one, Norton Priory.It is on Wizzley. I have given but a small sample of our nation's garden riches. Go also to my article on the Hidden Garden. Walled gardens are spread over the whole of Britain.

Sorry to sound stupid, but a walled garden is a garden with any type of wall around it? At first I was picturing stone walls, or bricks, but I suppose any type of hedge or trees could wall a garden in. As I read this article, I too want this book! I wouldn't have any idea where these places could be found, but I'd love a book about gardens with beautiful photos and your area of the world interests me.

So far climate change has not yet had much effect on the planting of gardens, but the threat is looming. Gardens like Blickley in the drier East of England may find that lawns are unsustainable due to water shortages. Certain great historic gardens in the South East of Britain may be troubled because of summer drought and have to rethink plantings. Currently, the largest constraint is the problem of acquiring heritage varieties for historic gardens.

While walls may remain, it is more difficult to replant with the same foliage, since climate always is in a state of flux. The plants must be those that thrive at any time, so preserving exactly as was would be impossible.

This is my article which details the walled garden at Norton. You two should go here too. It's beautiful. They have an organic apple day every year,

This is timely and interesting following my post about Chadkirk Chapel this week. I didn't know we shared a love of walled gardens .

I have been to Blickling Hall as you mention. Norton Priory has a superb walled garden one of the best. thank you for posting .

It's hard to find more popular flowers. Did you know June is the month of ros... 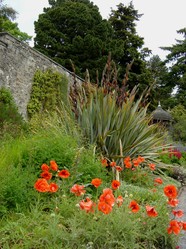 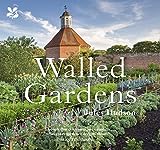 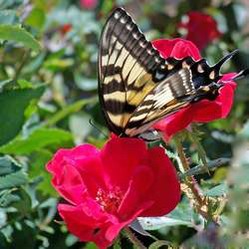 It's hard to find more popular flowers. Did you know June is the month of roses? Rose is also a given name with strong symbolic meaning.
100%  13   12 kajohu
Beautiful Gardens

This year we hit the peak of the peony bloom at Nichols Arboretum, part of The University of Michigan in Ann Arbor.
Loading ...
Error!