If you're left handed, then a properly designed left handed watch will be something that you will appreciate.

For many items it doesn't matter if you are left handed or right handed. You just change put the item into the other hand. There's no such thing as a left handed screwdriver for example.

However, for some items the preferred hand of the owner or operator is quite important and will make a difference to the ease of use of the item in question. Watches definitely fall into this latter category - which is why, if you're left handed, it makes sense to get a left handed watch.

By the time that an infant is 6 months old, it has already developed a preference for one hand. It's estimated that 90% of the people in the world are right handed, with the remaining 10% being left handed.

Nobody knows exactly why this happens, but it's a phenomenon which can be seen in our closest primate relatives also. Chimpanzees also have both right and left handed individuals. Interestingly enough, the percentage split is the almost the same as for humans, with 90% of chimps showing a preference for their right hand.

Obviously, with 90% of the population being right handed, the large majority of products and tools are designed with right handed people in mind. That is often not a big problem, but there are some items where being a southpaw can be a disadvantage. 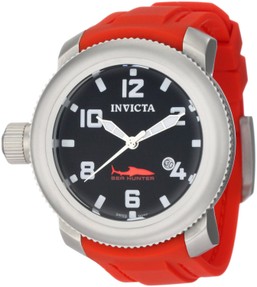 One item where it can be difficult for lefties to use the "standard" right handed design is the common or garden wristwatch. If you're left handed, then you have 3 basic choices when it comes to wristwatches:

If you're not left handed then you might wonder what the fuss is about. Why not just wear a standard wristwatch on your left wrist after all?

That is certainly possible, but the trouble is that if you have your wristwatch on the hand which you use for most activities, then, whenever you want to know the time, you will need to stop what you're doing.

So if, for example, you're writing a letter, or a text, and you want to check the time, you will have to stop and check your watch. There are plenty other activities where a quick time check would become an interruption. Checking the time is something that most people do almost subconsciously, and more frequently than they are aware of. It would soon become tiresome.

Fortunately, it's easier than ever to get hold of left handed watches. There are a small, but growing, number of styles available - and they don't cost any more than the more commonly found right handed styles.

If you are left handed yourself, then you'll certainly find life a lot easier with a stylish wristwatch on your right wrist - and one which has the controls in the correct position for you. If you're looking for a gift for a southpaw, then a left handed wristwatch will be something which is gratefully received.

Skagen watches are ideal for anyone who likes a slim, stylish watch. They are... 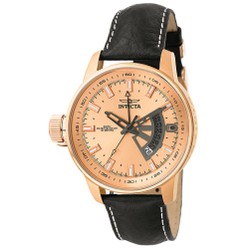 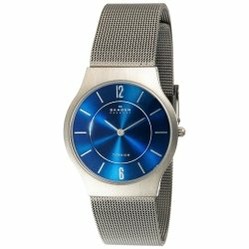 Skagen watches are ideal for anyone who likes a slim, stylish watch. They are also very affordable.
Loading ...
Error!