A curse can be known as a jinx, the hex and the evil eye although it has many more name variations.

Curses can be short-lived or extremely long running spanning many generations. It can be applied to objects, people, places and animals. But where did they originate, how do they start and who can place a curse?

The Kennedy curse is probably the most well-known of possible curses that has ever struck an entire family.

Back in the year 1811 a curse was placed on the US Presidency by a Native American Chieftain. It is known as the Tecumseh or Tippecanoe curse. The Governor of India in 1811, William Harrison, bribed Native Americans to give lands to the US government, and then handed out free whiskey to all of the tribes.

However, this angered the Shawnee Chief Tecumseh and he, along with the remaining braves, defended their land. In return, Harrison attacked Tecumseh's village and broke the resistance. The Chief's brother, Tenskwatawa, placed a curse on Harrison. When Harrison was elected US president in 1840 the curse finally took affect.

Harrison died of pneumonia 31 days after taking office. From then on, for 120 years, every president elected in a year ending in a zero died in office.

This is the Kennedy's Curse time-line:

Rose Marie Kennedy (1918 - 2005)
Following a secret Lobotomy in her 20's, she was institutionalised for the rest of her life. She underwent the surgery after being diagnosed with mental retardation.

Marlon Brando
Brando played Superman's father in 1978. Brando lived until aged 80 but his life was blighted by misfortune. In 1990, his son, Christian, shot and killed his half sister Cheyenne's boyfriend, Dag Drollet. Cheyenne committed suicide by hanging 5 years later and Christian died of pneumonia in 2008 aged 49.

Christopher Reeve
Made the role of Superman his own. Suffered paralysis after a fall from his horse in 1995. He died nine years later from heart failure.

George Reeves
Played the first ever Superman on TV. He was found dead on 16 June 1959, just a few days before his wedding. His 'suicide' is thought to be a murder.

Giving Someone the Evils

According to science this sort of thing should not happen, but I cannot rid myself of the feeling that something odd is going on. Remember, we do not understand the world as we think we do.

As a Christian, my nightly prayers include prayers for my enemies [yes, there are people who don't like me.] This is the opposite of cursing.

Very interesting cases you mention in your article. One can only wonder if it is only bad lack or if there is something else behind these cases.

The Paranormal Society of New Orleans set out to communicate with gay fire vi... 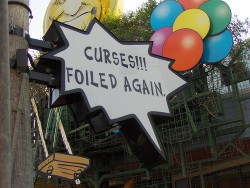 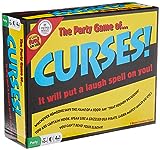 Native American legends, satanic cults and even an organized crime connection give the Freetown State Forest a reputation as the scariest haunting in Massachusetts.
90%  2   6 Nelda_Hoxie
Ghosts and Ghost Hunting

The Paranormal Society of New Orleans set out to communicate with gay fire victims murdered in 1973, but found an older and darker spirit rooted in the city's past.
Loading ...
Error!