FVL is a genetic mutation in the clotting factors of the blood. In most people the body can counteract it however in others it can be very dangerous.

Factor V Leiden is a genetic mutation of the receptor of the cell that attaches to Protein C when breaking down a clot. Now, you're probably thinking, huh, what does all this mean? Well, it would probably help if I go through a little bit of background information with you.

So now that you know how clotting works my first statement makes more sense. Factor V is a clotting agent sent in to plug up the damaged vessel wall and when it's time to be dissolved that little clotting factor just wont budge. This is because the anticoagulant - Protein C in this case - just can't grab on to it because the receptors have been changed on the clotting factor. This doesn't mean that it can't be dissolved, just that it takes much longer to do.

FVL comes in two variables depending on your inherited genetics: heterozygous (one gene is abnormal) or homozygous (both genes are abnormal). See below for a further descriptions.

Animation Of How Clotting Works

What's the Difference Between Heterozygous and Homozygous Factor V Leiden?

This is where your genetics and your parent's genetics come into play. The main difference, and simplest way to explain it, is whether you have one gene (heterozygous) or two genes (homozygous) that have mutated.

With the homozygous version it means that you have inherited the abnormal gene from both parents so you're more likely to clot as it's twice as inefficient in breaking down clots. You will definitely have the mutated gene with this version and will pass it on to any children you have, however they may not be affected by it if their other parent in not a carrier.

When To Administer Medication

If you're lucky enough to not have any clotting issues then a good diet and active lifestyle will keep you safe. Make sure that you're getting around 30 minutes of activity a day whether it's a stroll after dinner, yoga, swimming, or some weight training. These are all good options and will help to get the blood moving around the body and decrease your risk of clotting later.

If you have had a clot then you may need to wear compression stockings (for lower limb clots) and be put on blood thinners depending on the severity of your condition. Blood is normally thinned with warfarin (also known as coumadin) but depending on the severity you may need injections of heparin (like me) or an intravenous drip of heparin (like my initial hospital stay) if you're in a really bad state.

Side note: Compression stockings can get incredibly itchy by the way as they make your skin very dry. If you find this to be a problem then make sure that you're drinking enough water and get a good moisturizer to apply to your skin whenever you need it. I'd also recommend, if you can, removing them in the evening so that your skin can breathe and get repairing those skin cells.

Living With FVL Medication Plus Side Effects

Getting your medication right is vital to keep healthy and without your medication you can really run into some problems: death is one of them. When I was initial admitted to the hospital I was put on an intravenous dip of heparin to thin my blood and reduce my platelet count but when I was back at home I took that heparin as an injection twice a day (every 12 hours).

Injections, especially Clexane (my brand of heparin) can have some nasty side effects ranging from vomiting to hair loss to hematoma and I think I have been through quite a few of them. Unfortunately at the moment I have to stay on this medication but sometime in the future I will be put onto Warfarin for life - as of April 2013 I'm now on Warfarin.

Here are some articles I would like you to take a look at if you have any questions on the medication, how to use it or anything like that really. If you can't find the answer here then please drop me a comment or message and will answer your question that way. *Disclaimer: I am not a doctor so any advice given is based on my own experience and should be agreed upon by your own doctor before enacting upon my advice.

This is a great video on blood clotting disorders. The speaker makes is clear that a lot of people with these genetic mutations don't clot, however, if you're like myself then you're one of the 20% of people who do clot.

What Are The Risk Factors?

About 5-8% of the UK population (where I'm from) have FVL and about 80% of those people never have any problems. The most common complication is a DVT otherwise known as a Deep Vein Thrombosis, next is the risk of developing Pulmonary Embolisms (clots in the lungs), and then if you're a women you can suffer complications in pregnancy. Unfortunately I'm one of those people who clot and it was even worse for me because I was on hormonal birth control which pushes my risk up by another 34% if I was healthy in the first place.

My Experience Of Hormonal Birth Controls

From what I've been told and what I've researched the hormonal pills that I was on (Microgynon), for period control and contraception, increased my chances of developing a serious blood clot up to about 75%. That's a scary number for someone in my position and yet not surprising given my circumstances.

When I was told that I had to come off the pill I was a bit frightened at first because the first reason for going on the pill was to control the heavy bleeding and painful cramps that I used to get. Although to be honest I'd rather suffer from those than die so I stopped taking them straight away. I was told by the hospital nurses that I probably wouldn't have a period for a while simply because all the pain and stress that I was under. They were right, my last cycle was in January and I didn't have a proper one until June. I was then told that it would to take anywhere from 6 months to two years to get my cycle back to normal, which is fine just incredibly frustrating.

Having come out of hospital and worried about what my body was going to go through I tried to search online for information but for once the search engines were coming up dry. So, I decided to just wing it and then write my own articles so that others could compare to my experiences. The two links that I have added are my experiences of coming off of birth control and what you can expect. Some things are a little graphic but sometimes you need to be to get the point across.

Coming Off of Hormonal Birth Control

Do You Have A Blood Condition?

As I've mentioned before I've experienced both DVTs and Pulmonary Embolisms so I know what it's like to be in trouble there. The best piece of advice I can give you is make sure you know what the symptoms of a deep vein thrombosis are as they could very well save your life one day.

Symptoms include, but are not limited to:

Deep vein thrombosis tend to occur in the thigh and calf, especially in people who are sedentary for most of their day. However, just because this is the case it doesn't mean that you can't get DVTs in your arms or elsewhere.

My Personal Blog About Living With This Condition

DVT Pain Management
Managing Post Thrombotic PainAfter having an extensive blood clot in the left side of my lower body (belly button to ankle) I have had a range of post thrombotic pain ...

What Is The Difference Between Heterozygous And Homozygous?
DNA StrandsFactor V Leiden Genetic MutationsGenetic mutations take on multiple forms and in this case we're looking at the types of Factor V Leiden and what the differ...

Keeping Up With Housework
A messy house is one of the things that most people will struggle with at some point in their life but how do you cope when you have pain to manage, have mobility chal...
Updated: 02/04/2020, Bobski606
Thank you! Would you like to post a comment now?
3

Thanks for stopping by, feel free to pm me if you or your daughter want to talk about anything x

We recently learned my daughter has Factor Five. This is a very good article, I like details and you have included all the details. When talking to the doctors or patient having been diagnosed it is hard to get all the details, this is a great resource. Thank YOU! I will share this with my daughter.

If you're looking to know a little bit more about me or to find a list of my ... 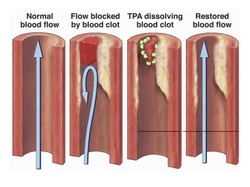 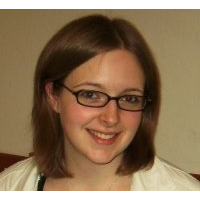 If you're looking to know a little bit more about me or to find a list of my articles then you're in the right place.
100%  8   10 Mark
Diseases, Disorders and Conditions