With lots of barking, excited dogs, some jumps, a spring loaded box, and some tennis balls, a dog sport has been created that provides a lot of fun and excitement.

Flyball is a canine sports event with tournaments in the USA, Canada, England, Australia and beyond. Thousands of enthusiasts train for and compete in these doggie relay races with their pets. Unlike many dog sports, this is a team event, involving several dogs and their handlers in a group effort. As it developed, flyball morphed from a rather tame obedience exercise to a whirling cacophony of barking, screaming, whistles and scrambling paws. While the competition can be quite intense at the upper levels, with races decided on a hundredth of a second, flyball is organized into categories and divisions to encourage canine participants of all makes and models.

Every team running in flyball needs at a bare minimum, five people and four dogs.  These are a boxloader, and four dog handlers.

The flyball boxloader, manually loads each tennis ball into the spring loaded box and set the box to trigger for the dog.  As each dog in the team runs, the boxloader reloads and sets the ball for the next dog until the heat is completed.  This person will also move the box into the lane and put it in position at the start of a race and move it back out of the lane for the next race.  They can verbally encourage the dogs by calling them, telling them to "get the ball" or jump, or whatever, but the boxloader is not allowed to use their hands by clapping or pointing to get the dog to get the ball and return over the jumps.  They are required to stand on the edge of the box to brace it for the impact of the dog hitting it to trigger the ball launcher, with their hands in a neutral position behind their back or at their sides.  The only time they are allowed to move out of this position during the race is the minimum necessary to load another ball in the device.

Dog handlers are the doggie "jockeys" for the race.  They bring the dogs out, line them up, rev them up, release them, and call them back over the jumps.  The  handlers will usually release the dog at a precise time to allow it to accelerate to full speed before it crosses the start/finish line.  They will often yell and encourage the dog, and will use a toy to lure them back to the handler as fast as possible.  There is a precise choriography that has to happen in the runback area (the area between where the dogs are lined up and released, and the start/finish line)  This is because the dogs are sprinting full out toward the lanes and collisions, either dog/human or dog/dog, can result in broken limbs or worse.

In addition to these essential people, it is very helpful to have additional people.  A team captain, who watches the runs and keeps track of faults, re-runs needed, or fine tuning of starting positions and release points will make things run much more smoothly.  If there is a person rounding up the dropped balls and putting them in the team bucket, it definitely helps.  Additional hands to set the jump heights and hold dogs for recalls fill out a good team.  A couple of back-up dogs and handlers (just in case) and a pass-caller make a team complete.

Flyball tournaments are similar to agility trials in that they both may be held indoor on mats, outdoors on grass, or in arenas with packed dirt.  A team will have usually about 4 - 8 races a day, consisting of 3 - 5 heats each.  Participants usually crate the dogs in between runs.  Teams usually crate together in a common area and in between runs they chatter, eat, cook food, read books, or whatever type of hobby suits the individuals.

All the time this is going on, there is barking.  Lots and lots of barking.  I often wear earplugs for indoor trials.  The dogs are usually encouraged to bark as they get ready for runs as some believe it helps them take in more air and better oxygenate their blood.  Plus, they're just excited.  Some bark, some barkscream, some whine, some shriek, some whimper, but they are very vocal.  If you are having trouble finding the place, just listen for the barking.

Usually it's just two lanes set up, with a row of four jumps each leading to a springloaded box.  There will be a start line marked out five feet from the first jump and lights, and electric eyes for the timer.  Each flyball club brings their own box and tennis balls, and the hosting club provides the jumps.  Clubs usually bring their own props, as well.  All of this equipment is arranged behind the boxes at that end of the lanes.  At the other end, hash marks or tape measures indicate distance from the start line to a fifty, seventy-five, or longer run back area.  This is where the dogs line up and are released from their runs and where they are called back and rounded up by their handlers.

A judge stands between the lanes calling faults and deciding winners.  Volunteer line judges sit at each start line and let the main judge know if there are any faults such as dropped tennis balls, missed jumps, or early passes (where the next dog crosses the start line before the previous dog has completed their run.  There are also two volunteer box judges that sit next to the boxes and call out a fault if the dog doesn't trigger the box, misses the ball, or misses the jump, or some other problem happens.  The main judge cues the start of each heat.  Before each race there is a brief period of time, between 30 sec and 2 minutes, called the "warm up" where teams arrange their boxes, and do some exercises to warm up their dogs.

So, does flyball sound fun or irritating?

Some people love it, some can't stand the blasted barking!

The big venues in the USA - you can get more information on flyball here, and find local clubs.

Thanks WeaselPuppy, we will check it out!

The puppy and you daughter will have a blast! You can also explore disk dog (competitive frisbee catching) and agility.

I just had to read this, you grab my attention at flyball... I love dogs. My daughter just got a puppy for Christmas a pit bull mix who loves to jump, run, fetch and play. This is going to be a great activity for our new puppy. Thanks for the great post.

I knew about Frisbie dogs, but I'd never heard of Flyball. I bet my dog would love it. She's a great runner...and a fantastic barker!

It's a blast to watch! Any free time at a tournament, I am usually watching the other teams run.

Years ago, we took our Cub Scout Pack to a fly ball tournament, and it was SO much fun to watch!

Certainly sounds interesting and I have discovered something I had no idea about - so that's got to be good! :-)

Every wondered how to make those durable, box-braid or square braid dog tugs ...

What are the Best Shoes for Dog Agility?

What's the best shoe for running around like a maniac trying to keep up with ...

Every wondered how to make those durable, box-braid or square braid dog tugs for your agility or flyball dog? Here's step by step instructions. With pictures.
25%  1   3 WeaselPuppy
Sports 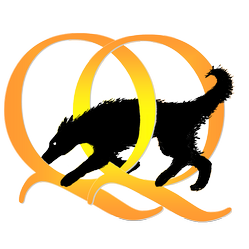 What are the Best Shoes for Dog Agility?

What's the best shoe for running around like a maniac trying to keep up with that crazy dog? What should you think about when selecting your shoe?
100%  34   12 RuthCox
Things to Do with your Dog 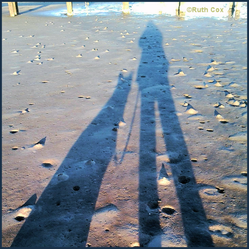 10 Tips for mankind, from canines, toward learning how to live our life to the fullest--It's a dog's life!
Loading ...
Error!