What Is Green IT?

This post discusses the impact of computing on the environment and how this can be reduced. We will also explore more broadly how computer application can assist in reducing consum

Information and communications technology accounts for about 2% of global carbon dioxide emissions or roughly the same as aviation. At current electricity prices most computer hardware costs more to run over its lifetime than just to purchase it in the first place. Computing manufacture additionally has a significant environmental impact. It requires almost 2 tons of various chemical components to build an average PC. Many materials currently used in building PCs are also hazardous and difficult to recycle. It is therefore not surprising that most recent Greenpeace guide to greener electronics does not give any computer manufacturer a satisfactory green ranking.

The electricity used by computers can be reduced by:

Research suggests that in the US and UK about 20 Billion kWh of electricity is spent yearly due to business computers staying on overnight. This also leads to over 15 Million tons of unneeded CO2 emissions.

In addition to turning off idle PCs, lower power hardware is now also available. Indeed processes such as Intel’s Atom can allow a PC to consume less than 30 volts, compared to the 100 - 200 volts, used by many desktop computers.

Using a laptop also results in significant energy savings, for example Compulab’s fit-PC uses only 5 volts. Corporate data centers can save power through server virtualization. This is where many small and underutilized physical servers are replaced with virtual servers that run software on a few large computers.

Server virtualization & Hardware as a service

Leading the way with virtualization is IBM with its Project Big Green. This is consolidating 2900 servers onto 30 mainframes to achieve an 80% energy saving. Smaller companies can achieve virtualization benefits through hardware as a service. This is where they purchase their computer processing requirements from an online facility such as Amazon’s Elastic Compute cloud. Once again this results in an optimal use of shared computing resources.

Finally electric power consumption can be minimized by means of energy efficient coding. This saves energy by creating software as fast and efficiently as possible. Today the great deal of software is highly inefficient with many gadgets and gizmos that slow things down and waste a lot of power. For example AV software that we cannot live without in this cybercrime age, still requires much CPU resources. And antivirus or other Internet security software together with office applications can be found on each and every PC. Indeed it has been estimated that energy-efficient coding could reduce the energy consumption of computers by up to 30%.

When it comes to being green, computing may be both part of the problem and part of the solution. Actually Intel argued that the microprocessor could in fact be the most power efficient, emission lowering gizmo ever created. This is because computers can be used:

Computer systems can enhance business effectiveness by empowering organizations and economies to scale in more energy and resource efficient ways. For example, through better logistic coordination, empty load risk can be avoided, transportation much reduced and energy saved. Intel claims that computing has already saved more natural resources that it has eaten up.

Progress in computing also provides resource economy through dematerialization. This is when the actual products are swapped with digital downloads and Web based IT services. Computer tech may as well help with travel reduction by letting people to tele-work evading a daily commute. Video conferencing along with other Web communications tools might also help to cut a greater length travel. Many organizations having already replaced their travel divisions with meetings divisions that bring about virtual gatherings.

Green computing is the new kid on the IT block. Shutting off idle PCs, virtualization, energy-efficient coding and virtual meetings may all be challenging to culturally adopt. Yet with growing energy prices, expanded environmental regulation and IT managers suddenly been shown the data center energy bill, no business can today afford to ignore the environmental impact of computing application.

There's a lot of old inefficient computers still being used too. However over time these should get replaced.

Sip your way to saving Mother Earth with glass drinking straws. Say NO to pla... 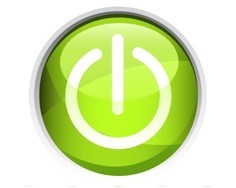 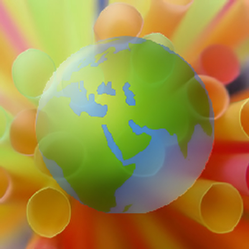