Permaculture is a means of farming/gardening in harmony with the environment rather than against it.

The word Permaculture derives from the words permanent and agriculture. It attempts to produce a form of cultivation that makes use of minimum energy for maximum results. One of its main tenets is that energy and resources should be put to maximum use before leaving the system. Permaculture is also a design process that specifes how to create and construct systems according to its design principles, and it is a state of mind and to some extent a philosophy of life

Permaculture was established by Bill Mollison, an Australian agriculturalist, who realized that modern farming systems were using excessive energy because they were farming out of kilter with the environment. He realized that such systems were energy and labour extensive, and ultimately unsustainable. His alternative was to design a system in which energy use and labour were minimized. This he hoped would be a system of permanent agriculture: hence perma[nent] [agric]culture.

Permaculture is part of the broad movement of ecological agriculture, which aims to farm and garden harmoniously with the environment. Thus while it is not part of the organic movement, it is compatible with organics and overlaps much with it. The techniques are complementary, as permaculture is concerned with designing systems for minimum energy for maximum effect.

Essential to Permaculture is designing waste out of the system. In Mollison's view waste is failure, and waste items are resources that are not adequately used. Thus water, which in Mollison's native land is at times and places a scarce resource, should not be frittered away but should be designed into recycling systems that make maximum use of it before evaporation takes it away. Similarly animal waste shoud be part of the permaculture strategy.  So far there is little here to distinguish it from organics, but one distinction is that permaculture likes to keep soil fully mulched, and it argues that a piece of bare soil is a resource unused that is open to weeds.

Division of land into zones is essential to the permaculture design process. But designation into zones is at the end of a process of observation and reflection. When I did my permaculture design certificate we were trained to observe and reflect on the site that we were designing. You take into account all geographical features of the land: its aspect, is it north or south facing; its latitude, how far north or south is it, where the winds come from at which times of year; hours of sunlight; is it on a slope or a flood plain, etc. All these factors influence what cultivated on the site. For example, if you find a frost pocket, there is no point in growing dwarf fruit trees there.

The permaculturalist will also design into the site  remedies for its defects. Permaculture designers in hot climates construct swales to control and save water for the dry seasons. They will construct protection systems to prevent earth being washed away. These systems often involve the use of trees, whose roots stabilize soil, but permaculturalists are not averse to artificial constructions, such as terraces, which stabilize soil. There is no predetermined template, the needs of the site determine the strategy. Important to permaculture design is prevention of soil loss, which can be a major problem in parts of the world. This problem can be caused by floods washing soil away or heavy rain drops breaking up soil. The permaculture remedy is tree cover and mulch, along with water management systems such as damns and swales.

Designation into zones determines what you do with an area.

zone 4:Semi-wilderness, land not often visited, such as moorland that is farmed for sheep.

Zone 5: Wilderness. Britain has little wilderness, but if you have a beach on your land it is to be designated as  zone 5 for cultivation purposes. Mountain tops and the rougher mountain territory are zone 5. If you have land in parts of the United States or Canada you may have much wilderness for your zone 5. Willderness is useful mainly for hunting and foraging, though its spiritual and recreational value is enormous.

Few permaculturalists have all zones. My land is 1 and 2, the 2 being the allotment.

Permaculture loves perennials, plants that return year by year or grow through the year, and there are no plants that are as perennial as trees. Permaculture loves trees. It favours crops to which the grower can return again and again for products. These could be cut and come again lettuce, but they could also be fruit and nut trees or maybe berries. As it is not a dogmatic philosophy, it accepts that annuals, such as potatoes, have their place.

A system favoured by permaculturalists is the forest garden. This has been developed independently of permaculture by various "underdeveloped" peoples of the world [I use the word ironically.] In parts of Africa and in Goa the indigenous population have produced  a kind of forest garden horticulture that demonstrates extremely high skills of cultivation that make the western monocultures favoured by the agricultural giants look primitive, as they are. But Permaculture has taken up the forest garden and eagerly promoted it.

Forest gardens work in layers, the number of layers varying as to where in the world you are. In Goa the immensely productive gardens have several layers of large trees,along with multiple layers of other crops, but in some areas the number of layers is fewer. The trees provide the gardeners with not only food, but other products, such as wood, and they are harvested in a controlled, sophisticated way that has produced plenty for their growers for centuries; and westerners like to call these people underdeveloped!

The layers of a forest garden

1;Large Trees; used for wood, beneath their canopy come

2; Smaller trees, used for fruit and nuts, beneath them come

3: Shrubs and bushes for berries

4: The climbing layer. In some climates creepers with a productive use are allowed to grow up the trees, for example some kinds of beans

5: The ground layer, such as cabbages and peas

6: Roots, such as potatoes.

The vegetables will be grown in clearings between trees and sometimes it will be necessary for there to be raised beds.

The types above are not set in stone. Medium sized trees can also be grown in complex systems. In Britain, where such forest gardens would be small, we might dispense with large trees and focus on small fruit trees surrounded by berries. It is important to say, though, that these types are not separated into beds, but are integrated throughout the garden. The smaller trees grow among the larger ones, and vegetables will be cultivated in clearings. We would also note that specific circumstances affect what can be grown. Since the arrival of the American grey squirrel in Britain hazl nuts have been harder to grow, as the squirrels eat them. You will have to do something about squirrels if you want nut trees, which are considered important by permaculturalists.

Animals may be kept and allowed to forage for fodder, Pigs are extremely good for this, and chickens may be allowed to peck at the ground, though they must always be protected from predators. Forest gardening is not necessarily vegetarian, and Permaculture is not committed to either meat eating or vegetarianism, though indvidual permaculturalists have their own choices. It is possible that aquaculture could be integrated into this kind of system, though it is not normally done.

Permaculture also emphasises the importance of edge. The ares between zones can be productive, and in the forest garden the edge could be where you place your greenhouse.

Permaculture does not require a farm sized area. Permaculturalists will apply their principles even in terraced houses or flats. They will do this by making an assessment of the possibilities of the property and then designing accordingly. They will note areas where indoor cultivation is a possibility, such as the region under the stairs for mushrooms. They may grow on window ledges, especially those that take full sun. They will use their yard space for container gardening. Maybe walls can have boxes pinned to them for cultivation. A shed roof can be a green roof. My yard contains a small grow-house, in which I cultivate seedlings to take to the allotment.

Permaculturalists are also aware that they are not working only as individuals. Working in harmony with communities and using permaculture principles is a vital part of the permaculture philosophy of life. Strong communities composed of happy and prosperous, though not excessively rich individuals in friendly and co-operative fellowship with each other is the Permaculture ideal.

Permaculture is not a goal to be obtained, whereupon you sit back and say "sorted!" It is an ongoing process where you attempt to realize the permaculture ideal in your own life. Nor can you have a single bed on your plot reserved for permaculture. Either the whole is Permaculture or it is not. It is an ongoing process where you learn from others in the movement as you make your own socially and ecologically  friendly path through life.

Well done Frank, thanks for helping me to understand what Permaculture is about. Here I have been doing many of the things you describe here and didn’t think of it as permaculture, it just made good gardening since to me
Be well, Mike

This is what makes the most sense.

An interesting point is that Permaculture originally aimed for efficiency rather than beauty, but some Permaculturalists have examined the role of beauty in Permaculture systems. But, as you say Jo, the Permaculture gardens at Glastonbury are very pretty, and I think this shows the important principle that beauty is often the sensory effect of something good.

I like this concept. I wish I was the gardening type. I try, but I lose interest and they die

I have never visited the Glastonbury festival, so I had not heard of the gardens, so thanks for telling me. My son tries to go yearly, though this year he was disappointed, so I will get him to get me some photographs next time he goes. That won't be next year, as he is travelling.

There are permaculture displays and gardens every year at the Glastonbury Festival. I absolutely adore them. The gardens are very pretty and peaceful.

On April 22, Celebrate Earth Day and Help Protect the Planet

Earth Day can result in positive changes for the environment, if enough peopl...

How to Eliminate / Get Rid of Stinky Odors

Some odors smell bad for a while and then go away. But bacteria feed on cert... 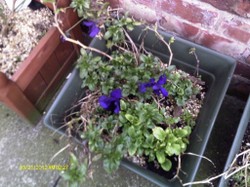 Gaia's Garden: A Guide to Home-Scale Permaculture, 2nd Edition
39%  4   4 TerryMcNamee
How to Be Environmentally Friendly 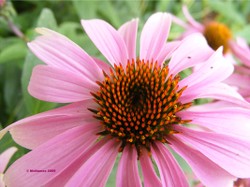 On April 22, Celebrate Earth Day and Help Protect the Planet

Earth Day can result in positive changes for the environment, if enough people take part. Just one person, one step at a time, can make a real difference.
37%  3   4 AngelaJohnson
How to Be Environmentally Friendly 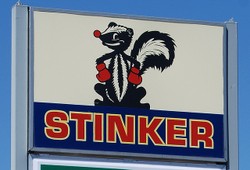 How to Eliminate / Get Rid of Stinky Odors

Some odors smell bad for a while and then go away. But bacteria feed on certain substances like pet urine, vomit, etc,. and the smell won't go away until you clean up the source.
Loading ...
Error!