Where was Jesus Born

Traditionally, Jesus was born in Bethlehem, but liberal scholars contest this claim.

There are two infancy gospels, Matthew and Luke, both of which tell different aspects of the story. But they agree on two issues:that Mary was a virgin when she conceived Jesus and that he was born in Bethlehem. The lucan story is thought by some Christians to owe something to Mary's testimony, and they claim that it is reasonable to believe that a woman has a good claim to know where her child was born, but this has not dampened liberal Christian scholars' objections.

The Reason for the Bethlehem Birth

Generally you cannot get bible scholars to agree on anything. The reason for this is that their conclusions are often based not only on the Bible  text, but on preconceived theological and/or philosophical positions which determine their understanding of the events or even of the possibility that the events occurred at all. Scholars' opinions, though, fall into three broad categories: literalist, conservative, and liberal, a much misused word that often describes people who are anything but liberal. The literal view is that Scripture is word  for word true; the liberal view tends to conform to secular conventions and dismiss the general historical accuracy of the story,and it is the opposite of the literal view; the conservative view accepts that the Bible writers wrote the truth as they understood and remembered it, but that factual errors could have slipped in, but it holds to the general case that the Bible story is substantially true. Unlike many scholars who do not state their starting point I will say that I am a conservative scholar.

Let us be clear, the ancient traditions of the Church are that Jesus was born in Bethlehem in Judea and there are no writings, Christian, Jewish or pagan, which contest this claim. But the reason that liberal scholars contest that Jesus was born at Bethlehem is that there was a theological reason for him to be born there. The argument goes that the messiah was to come from Bethlehem so the church, which believed that Jesus was the messiah, concocted the story to justify its claim and that he was really born at Nazareth, which everyone agreed was his home town and where Mary lived.

It is easy to spot the reasoning mistake made by liberal scholars. It is the claim that if there is a literary or theological reason for an event reported in Scripture, it must be fictitious. This view overlooks the possibilities that the event described may have happened anyway either coincidentally or by design of humans and/or God. Rather than move from theological or literary stance to a judgement of Scriptural veracity, it is possible that the Bethlehem birth was reported in Scripture because it happened and the family of Jesus saw theological significance in it. Scholars have made false and/or  weak assumptions here.

If you examine Matthew's infancy account carefully and read the story of the Magi, you read that the visitors went not to the stable, but to the house [Matthew 2: 10-12.] So this gospel has Jesus dwelling at Bethlehem, not merely living there. Furthermore, the end of chapter 2 has Joseph and the family moving from Egypt but refusing to live under Herod Archelaus, who succeeded Herod the Great as ruler of Judea [where Bethlehem was] and settling instead in Nazareth, Mary's village, in Galilee, which was ruled by the less vicious Herod Antipas. The Bible therefore claims that Joseph's  intention was to live at Bethlehem and he only moved to Nazareth  to escape persecution. So the Bethlehem birth was not a theological fantasy but  perfectly reasonable part of Joseph's life plan.Nazareth was his back-up plan.

It is reasonable for me to focus on Joseph as he is the key to the Bethlehem story. Joseph, we are told, was a descendant of King David, whose family were a Bethlehem clan and whose ancestral lands were there. After the exile when King Cyrus allowed the Jews to return to their homeland he allowed families to reclaim their ancestral lands, so David's family would have returned to Bethlehem, where they settled. So it is likely that Joseph was not as some scholars seem to think a Nazareth person, but a man from Bethlehem. We note that Mary was in Luke 2:26 described as being from Nazareth, but Joseph never is thus described.

In those days marriage involved the man taking the woman into his home, and this makes sense of the journey from Nazareth to Bethlehem at the time of the census [which is historically dubious.] Joseph and Mary may have been in temporary accommodation in Nazareth for a while,before he moved them back down to Bethlehem.

So what was a Bethlehem man doing in Galilee? Easy! Joseph was a tecton. We translate this as carpenter, but it was a craftsman with wood, often a builder. Herod Antipas, ruler of Galilee, had massive construction projects on the go, for example the city of Sepphoris. There is a basic rule of the construction industry: the work does not go to the builders, the builders move to where the work is. Joseph had moved north to find well-paid, steady work. There he gets involved with Mary, we do not know the details of the story, which the Bible declines to give us.

So where did Joseph live when he was in Galilee. It is quite possible that he lived in a tent in a builders' camp. Such camps spring up around construction sites in many places [My own great-grandmother in the 1860s lived in an Irish navvy camp in Manchester when she was little.] It is a good possibility that when Joseph took Mary into his home it was a tent that she entered. She was probably glad to be going to a house in Bethlehem.

The stable story has probably been misread, for in Palestinian houses the animals were kept not in a shed but on a lower floor of the house, while the humans dwelt on a floor a few steps higher. It was on the lower floor that the manger was kept. The word for an inn could also mean the higher floor. If Joseph was from Bethlehem why would he need lodging in a stable, he would have gone to his kinsfolk?

We can  never make any historical statement with certainty, so we cannot prove that Jesus was born in Bethlehem, but the ancient texts agree that he was, we can make a reasonable case that he was born there and the scholarly objections are not particularly credible.  I will make a historical judgement. I believe that Jesus was born in  Bethlehem. I make a religious judgement.I believe that the gospel story speaks truthfully. Happy Christmas Everyone!

Probably not. Sepphoris was a hellenistic foundatiòn which pious Jewsv disliked

Was there a Marian connection to Sepphoris?

The emphasis on Mary in Luke's Gospel, combined with his claim to have worked with witnesses indicates that he knew Mary.But this places Luke's Gospel quite early, as Mary was said to have outlasted Jesus by, I think, thirteen years. It is said hat she fled to Ephesus to escape persecution, so Luke might have met her there. We do not know.

frankbeswick, Thank you for the practical information and the product lines (especially the town history).
Is it not thought that Saint Luke knew Our Lady Mary and Saint John in Ephesus?

Yes. I think that Mary played a major, but almost unrecorded role in the early church. She would have answered questions about Jesus. The Scriptures tell us that Mary pondered the events in her heart Luke 2] The significance of this is that she was therefore the first Christian theologian. Yet she never exalted herself or sought power in the church. We can see why the Catholic and Orthodox churches greatly value her.

We must remember that the four evangelists who wrote were not followers of Jesus from His birth, so they too relied on others, in particular, Mary.
The great debate of the Bible being taken as word for word accurate sets the Catholic view of accurate for faith and morals in opposition to the fundamentalist word for word view. So, while the Bible is not intended as a historical text, it does contain kernels of historical fact.
We also have the difficulty in translation from the original text into, in our case, English. Words often can translate in several ways,as you have found in translating stable.

I could not have said it better myself, Jennifer. Thanks for your support. I always find hearing from you a pleasure.

Good points! Certainly it cannot be proved where Jesus was born, but Bethlehem is probably the best candidate. Sure, the whole born in a manger because there was no room at the inn story may not be exactly accurate, but there seems to be more than a grain of truth there, and little justification for the liberal scholars to question the event in its entirety. Happy Christmas to you too!

I have challenged liberal Christian ideology, as I have ever done, but my conclusions are very traditional in that I affirm the validity of the Bethlehem tradition. What I have said about the stable is not new. In fact the only really new idea is the possibility that the Holy Family might have begun their life together in a tent.

My goodness … you are a brave man putting this together as it flies in the face of popular belief, even to the stable and Bethlehem. Your points though are well reasoned through and very interesting.

Thank you for posting and I shall see you on Christmas Eve! 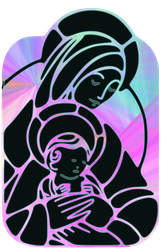