There is a position that the hierarchy of male domination and female subordination is not as well-circulated as some have thought.

Colonialism is somewhat of an influence; however, precolonial Yoruba is gender neutral. There have been mission schools in which Christianity and English led to a “gendered reading” of Yoruba history, social institutions, and mythology. Yoruba language is not gendered, and neither are individual names. Moreover, kinship terminology relations are not of gender. They do, however, consider the parent/child relationship and sibling age differences. There is a term, “Gender Dictators” which creates hierarchies for gender with Yoruba society. The outcome of all these issues have led to male domination and female subordination (1, 2).

Oyěwùmí suggests that gender within a language requires revisions which will lead to communication without gender, but there will be seniority instead.  She writes about language which does not revolve around gender power relations.  Hence, she recommends use of “matripotency.”  This forms a senior relation to one’s children.  Moreover, she recommends the use of “they” rather than “her” or “him.”  Such a change has already occurred in the United States for many years.  In fact, Oyěwùmí believes that no one is “greater, older, or more senior than Iyá” (Oyěwùmí, page 342).  The writer also states that fatherhood is not always biological as it has an origin of social establishment.  She also tells the reader that Iyá is without gender (1, 2, 3).

The reviewer, Signe Arnfred, believes that these concerns are valid.  In the past, the approach was a method from colonial languages, power, institutions, and “Abrahamic religions.”  There is currently a trend to turn away from gender analysis.  Nevertheless, Arnfred suggests there is need for more use of other African feminist scholars than in the past (1).

Until the latter part of the 20th century, there was not much information about “African woman” in the United States or Western Europe.  Those who expressed an interest in sub-Saharan Africa did not find the task easy.  This had to do with racism, epidemiology, geographical factors, politics, and religion.  However, by the turn of the 19th century, there had been improvement.  Nevertheless, Western journalists said things about women and gender issues there.  This led to descriptions about African gender.  The problem, however, was these discussions originated from people who were not part of the African community.  Hence, this research came from anthropologists, Christian missionaries, and Western feminists design.  Also, claims were that African culture promoted “patriarchy and backward customs.”  In other words, the investigators left an impression that women had been exploited (2).

Ifi Amadiume made interesting changes with her publication, Male Daughters, Female Husbands in 1987.  Another change that had taken place was that Igboland had already initiated some things to improve the community.  Specifically, they acknowledged that colonialism posed an interference for women’s autonomy.  This entailed the “Aba Riots” against 1929 colonialism (2).

Colonial rule also posed a problem in Nigeria.  At the same time, people had become aware of these disputes such as male, female, man, and woman issues.  Amadiume wrote about gender ideology in Igboland in which the term “female husbands” and “male daughters” are feasible.  In situations of woman-to-woman marriage, a female can become a husband.  In fact, there is a story of a woman who had nine wives and a husband.  It is also striking that wives who were female slaves were under the control of wealthy women.  This is really a form of Atlantic slave trade (1, 2).

There has been phenomenal progress with slavery and other forms of human maltreatment.  Attention to women and their rights has also improved lifestyles across the globe.  These trends will likely improve with political science research, mental health studies, and dissemination of information to the seven continents of the world.

Inspiring beauty of stained glass and renowned art can come from collectible ... 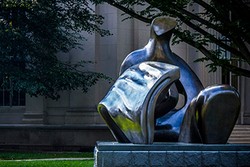 The Reality of Aspirin24 days ago 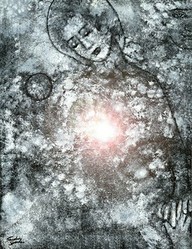 How a spirit guide changed my life.
72%  9   6 blackspanielgallery
Spiritual Awareness 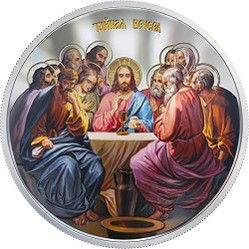 Inspiring beauty of stained glass and renowned art can come from collectible coins with a religious image, especially when the religious image is brightly colored.
Loading ...
Error!