As I said in my first comment about Columbus and his “battle for America”, “a very interesting study published by the prestigious Royal Society of Northern Antiquaries in 1839 (founded by Professor C. Christian Rafn) , gave us some valuable information based on C. Christian Rafn’s primary research work on the first inhabitants of America. Compiled from authentic documents and the most accurate sources of information, Professor Rafn stated that the Skrelinghi or Old Eskimos (from the Danish word Skvelling, little men) lived in more southern countries than today.”

Florida was inhabited by the Skrelinghi.

How Vinland was discovered

These facts are supported  both  by the most ancient written  documents and manuscripts  dating back to the tenth century, and by human remains found  during archaeological excavation on site. According to Professor Rafn,  some ancient Northmen discovered the eastern coasts of North America, where  they attempted to establish colonies  in Massachusetts and Rhode Island.  They discovered three lands, called respectively Helluland, Markland  and  Vinland, which it appears to have extended as far as Massachusetts and Rhode Island.

According to Professor Rafn,  there was another vast land in front of the country inhabited by the Skrelinghi, where, according to standard accounts of their history,  a white population lived. These men were dressed in white raiment, and  used long  spears in which pieces of cloth were tied together  near the top, uttering dreadful cries at the same time. The ancient author of the document  thought that it was the land called Hvitra-mann-a-land, that is, the White Man’s Land, also called Irland and Mikla, namely  Great Ireland.

This region probably must be regarded as belonging to North America which  from the southern shore of  Ckesapeak Bay  stretches towards the South, including the Carolinas, Georgia and Florida. A very interesting oral tradition remains vital today among the indigenous peoples, in particular the  Sciavannesi Shawannos, who emigrated from Florida during the 18th century to Ohio, where they currently reside. According to their ancient traditions,  Florida had once been inhabited by white people, who used iron to make their tools. According to original documents, Florida had been  the seat of a Christian colony of Irishmen , who settled there around  1000 AD, namely,  during the Early Middle Ages.

In fact,  the powerful Chief Ari Marsson, from Reykianes in Iceland, had been trapped in lightning storms and pushed toward unknown lands by the force of wind in 985 AD. The first author of this report was the so called  Navigator of Limerick (Hlymreksfari), a famous city of Ireland, where he had made a long stay. The learned and famous  Ari Frodi, the oldest author of the Chronicle of Landnama, said that his uncle, Thorkell Gellir or Gellisson, a man worthy of credit, had heard several Icelanders tell of Thorfinnr Sigurdsson Jarl, Earl of Orkney, who would often repeat that Ari Marsson was well known in  Hvitra-mann-a-land, the White Man’s Land, who however couldn't get out of it, but that, nonetheless, he enjoyed the highest consideration among this former people.

Professor Rafn Concluded his study, saying that all these things clearly demonstrate that there was a strong relationship with the Western lands, that is, the Orkney Islands, Iceland,  and that very remote part of America in ancient times .

Then Professor Rafn added that, after the year 1000 (probably in 1004),  there were other expeditions that followed those of the oldest white men.  A son of Eric Thorvaldson called Leif was able to see two different lands already views by Biórn in 1002, to which he gave the names of Helluland (Land of bare rocks) and Markland (Wooded Land). After proceeding  to the southward, Leif discovered a third land. Then he started to move westward, entering the Gulf of Saint Lawrence, and at this latter place (Canada) he spent the winter.

A German who accompanied Leif's expedition found a type of grape, so the place was called Vinland, that is, the Land of Wine.  This land later became very famous in the Annals of Scandinavia because many voyages had been made by other navigators, and especially by  Thorvald, Leif’s brother, who founded there a permanent colony in 1005, continuing to explore neighboring lands that were those that surround and enclose the aforesaid Bay, i.e. the woodlands of Labrador, Canada, Terra Nova Islands, Anticosti Island (Quebec), Cape Breton, New Brunswick, and Nova Scotia.

Florida had once been inhabited by white people 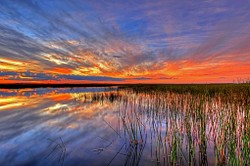 Christopher Columbus and an unknown piloton 12/16/2016

Christopher Columbus found himself in the middle of a “battle for America.”
25%  4   2 sol
Age of Discovery 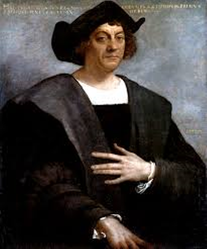 At the beginning of Columbus’ project of reaching the East-Indies.
100%  43   18 frankbeswick
Other History