This is the first article I have written about myself, but it's about time since I've been writing at Wizzley almost since the site began.

I came to Wizzley and began writing because of an invitation from a nice lady named Paula. I had met Paula while writing online at Squidoo. When I began writing at Wizzley, I still had a lot to learn about writing quality articles which could also potentially earn me money. Fortunately the Wizzley community is full of experienced writers who love to share their knowledge with other writers. I've learned a lot from the kind and helpful people who hang out here and from the wonderful articles they have written.

I've been hesitant to write a page about myelf as I don't think I have much to say about me. Now that I have many pages written, I can at share the ones that are closest to my heart, which help to introduce me.

I've Moved Around A Lot

I've lived in 16 places during my lifetime, and hopefully I am settled now for good.

After living in New England for the first 22 years of my life, I headed to Florida.  After getting married and raising four kids in the Sunshine State, we decided it was not the place for us any more.  Our family moved back to the Northeast, where we planned to stay for good.

My plans never come to pass, and I ended up living on my own, due to a series of unfortunate events. During those tough years, I began a business and became successful enough to buy a house of my own, and began sharing my gardening experience, which was for me, "learn as I go".

Eventually I could no longer afford to stay in the North, and had to move back to Florida.

Because I have lived extensively in both areas of the country, my blogs and articles reference both locations.

I was born in the northeastern US and I love it there, but couldn't keep up with the expenses on my own.

I found it difficult to spend winters in New Hampshire.  I bought a snowblower when it became apparent there wasn't enough space in my yard to have my driveway plowed when we got lots of snow.

So on top of working full time, raising my son, keeping up the house, building fires in the wood stove, and everything else that goes with dealing with life, I had to go out and snowblow the driveway whenever a storm hit. I realized that without a man in my life, living in the Northeast was going to be tough.

This winter photo was from a particularly snowy winter.  I had to have my roof shoveled, for fear of it collapsing under the weight of snow.  But I did a nice job with the snowblower, don't you think?

My Life in New Hampshire

I began an online business, bought a house and planted hydrangeas and grew vegetables in my New Hampshire yard. I also learned how to run a snowblower and start a woodstove.

Things to Do With Kids in New Hampshire
The New England area is a great place to explore the great outdoors, and families with kids can find lots to do in New Hampshire.

Types of Hydrangeas
Here you can familiarize yourself with the varieties of hydrangeas available to beautify your landscape.

My Experience With Raised-Bed Gardens Using Fabric Pots
Fabric garden bags come in a variety of sizes from small to extra large. Once the dirt is ready you have a very easy garden to care for.

My Zazzle Success Story
I've been selling products on the Zazzle site since 2007, and my earnings continued to increase to the point that I was able to buy a home in 2011.

HydrangeasBlue is my Gardening Blog

I write about Florida gardening now, but I have many posts about my northern gardens and hydrangeas.

Pink Hydrangeas Are Blooming in June
The hydrangea shrub in my Florida yard is doing well and blooming with pink flowers.

Starting Vegetable and Flower Seeds in Big Pots
With attention and lots of watering, the seeds I started in larger pots are doing well.

In the north, I grew beautiful hydrangeas!

I feature my own photos on products in my BlueHyd store.

For the most part I use my own photography for the floral stationery offered at BlueHyd.

The Subject of Seashells

I've become quite the seashell collector and advocate for the mollusks inside.

Believe it or not, I began taking an interest in seashells after I moved back to New England from Florida.  When I started working online at the Zazzle site, I used photos of my Florida seashell collection to sell products.  Without any tropical beaches to visit, I was limited to the shells I already had.  I began a blog about identifying seashells, and wrote an article at Squidoo which was my most popular / money-making article.  Once the Squidoo writing site was no more, I transferred my successful article here, and it is still very popular.

Now that I live in Florida again, and am close to the beach, I can regularly update my blog and write posts about local events with information for visiting tourists.  I can also take more pictures of seashells to use on my Zazzle site.

Collecting Seashells: Types of Shells
A look at some seashells you may see on Florida beaches with photos of my own personal finds.

How To Survive a Florida Beach Vacation
With a little care taken, your trip to Florida and the beaches can be a happy memory.

Beachcombing is my favorite pastime!

I share my photography and stories on my blog, SeashellsbyMillhill.com

Check out my seashell blog, Seashells by Millhill

Stingrays Ruin The Day
We went boating the beginning of August and hadn’t been out in a white. Both my son and I had Covid and mine (being older, I’m sure) dragged on and on. The lack of ene...
Living Sand Dollar Found at Low Tide
We finally went boating and luckily it was low tide along the river. This is the best time to search the sand bars for sea life. Today, I found a living sand dollar! I...
First Camping Adventure at Salt Springs
First time camping in Florida and we went to Salt Springs in Ocala.

My Time With Zazzle

Zazzle is an online print-on-demand store where anyone can open a store and upload artwork and photography designs to sell for a royalty.  In 2007 I was desperate for any type of income, and started my first store at Zazzle.

Earning at Zazzle has been up and down for me, but overall it's been a success.  I sit at my computer every day and do my work from home.

Writing to Help Other Zazzlers

I had a lot to learn when I began with Zazzle, so I try to help others who are just starting out there.

How To Make a Text Template at Zazzle
Make Zazzle products easy to customize by creating text templates.

Advice on Pricing Zazzle Products For Sale
Zazzle sellers have a few options when it comes to pricing their products for sale. This page explores them.

More Personal Information About Me

Although I won't disclose my age, I was part of the hippie generation and attended high school in the 70's.

I have four grown children and currently, 2 cats.

My happiest times are spent on or near the water.  If I had lots of money I would live on a lake.  Going out on our boat and exploring empty islands along the Intracoastal Waterway is a favorite pastime for me these days.

I work 7 days a week doing at least a little, and often sitting for many hours at the computer.  Other than writing, walking the beach, boating and fishing, I don't do much.  I still try to garden, but in Florida it's tough.  I hate the heat.

Thanks to my Wizzley friends who have helped me become better at what I do.

I also started on squidoo, and am on Zazzle. Zazzle is often passive for me, since I create few new products. It earns some, but is not a huge money maker.

Today where I am it has been pouring rain all day. I would happily send some over to you.

In general Florida is tropical, with plenty of rain, but it's been unusually dry here for nearly a year, although lately the storms are increasing. Summertime usually means storms every afternoon. There is a sprinkler system installed in my lawn, and many people have those. Where I live, that outside water is recycled and comes from the town water plant. You don't drink it, and it's cheap compared to the water we use inside the house. I am a little hesitant to use in on my growing crops! But, supposedly you can.
Hurricane season is upon us, and no doubt the water supply will be refilled over the coming months.

Interesting wizzography. I am interested to know how you cope with the dry conditions when you are gardening in Florida. My interest is due to the fact that Florida seems so different from where I live in North West England, a place known to be wet and predicted with global warming to become wetter. 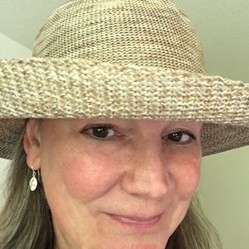