Many relationships have been destroyed by gossip. Here's how to stop it before it starts.

Gossip has ruined countless relationships and has put enmity between many friends. It's a very destructive method of coping with anger, frustration and misunderstandings.

So many problems could be alleviated if people chose to do the right thing. This would be to ignore any misgivings you have about others and try to replace them with nice thoughts. Unfortunately, some people, instead, follow up on their suspicions with unkind talk.

If someone has done something to offend you, a much more constructive approach would be to speak to that person directly. Often, the matter can be cleared up then and there.

Avoid Gossip by Refusing to Participate

Gossip is very prevalent, no matter where you are or who you are with. But it's still wrong, even if it seems as if everybody else is doing it. Hurtful gossip consists of words and/or actions that may harm another person. Even an innuendo can be considered gossip if its intent is to discredit someone else.

For example, a group of people are gathered, and someone's name comes up, a roll of the eyes upward is enough to sully someone's reputation.

The best way to prevent gossip is not to listen to it. If someone starts a conversation about another, you can quickly short-circuit the attempt by politely changing the subject. The other party should get the message and move on. You can also bolster the person's reputation by offering a kind word, or attempting to excuse a certain behavior, without adding any more to the conversation.

Here is an example. Mrs. Jones says, "Did you know that Mrs. Smith's husband just went into treatment for drug abuse? I knew something was up when I saw his car parked in the driveway during the week, when he should have been at work."

Gossipers like to find fertile soil. That is, a willing ear and someone who will listen and contribute to talking about others behind their backs.

If you can't offer this, they will stop. So, when they're around you, they'll start to behave better because your silence will embarrass them.

They'll start to refrain from saying anything about anyone because their words will either be met with silence or a quick change of subject.

Some people are so good about spreading unflattering information that it's often hard to spot gossip, because it's done in such a subtle manner. But it crosses the line when someone says something about someone they wouldn't feel comfortable saying to their face.

A Gossip Will Also Talk Badly About You

There's a truism that whoever gossips about another to you, will then do the same to you. People who have poor control over their tongues cannot seem to help themselves. Don't make the mistake of thinking they won't talk about you, when you're not around. In fact, you can pretty much bank on this happening.

Because this is something that's so predictable, gossips soon earn themselves the reputation of being troublemakers. People become wary and uncomfortable when they enter a conversation, because they know that anything they say can and will be used against them, or even twisted into something that is fabricated and passed along as the truth.

Some people are such good gossips that what they say doesn't even sound as if they're maligning another, when, in fact, that's just what they're doing. Eventually, though, they expose themselves. In addition to ruining the reputation of others, they've permanently ruined their own as well.

If you'd like to read more about the harmful dynamics of gossip and relational aggression, please visit my blog on Female Bullies.

Hi Lyra, I think you're absolutely right. Some people do gossip as a hobby. Thanks for reading.

Gossiping has become a hobby to some people. Many do not realize how gossiping can ruin one's life. I always try my best to stay away from gossip.

Thanks so much EllieS. It is a challenge to stay away from gossip, but it's so harmful, that we have to run in the other direction.

Staying away from gossiping friends is a challenge. Sometimes you must just let them go. By the way, great article!

They are not satisfied and they don't seem happy unless they're tearing someone else apart. But once they know we won't play that game they usually stop. Thanks for reading.

Then there are people who keep pushing you to say things you don't want to say about other people. And they're never satisfied.

I agree, it is hard to tell in the beginning. It might be totally sincere on the part of person talking. Unfortunately, gossips also use this tactic to spread their messages too. Thank you so much for reading and for commenting.

Indeed, gossip is bad. It's sometimes hard to know at the beginning of a conversation if the person is sincerely concerned about the other, or just spreading gossip. If we really care about other people we don't ignore their hard times, but try to be supportive.

Men relate to one another in different ways, and I don't think they gossip as much as women do. I think gossip is always a bad thing when it seeks to undermine others, when they're not present. There are some people who derive satisfaction from talking about others behind their backs. It is very sad.

Wow something to think about, your article has me wondering just a bit about why a gossip feels the need to talk about others behind their back. Is it that gossip is always a bad thing, or just the only way many people know to communicate with, and about other folk’s real life challenges?
Wanting to help, but not knowing how, or just a vindictive person hell bent on inflicting pain and suffering on others.
teddletonmr

Some folks think living alone is a lonely life. I don’t see it that way. I actually prefer living alone.
100%  15   9 katiem2
People 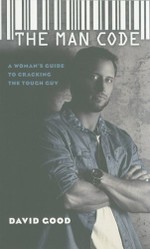 You’ve heard the term man code and now you can learn what it’s all about getting the low down to breaking the man code and learning what’s going down.
Loading ...
Error!