Writer's Block ~ A possible solution ~ it worked for me!

That nebulous disease that afflicts every writer from time to time, If anyone who reads this has ever suffered from "The Dreaded Block" they will know that it is a lack of ease.

Writers' Block ~ what causes it.

As for me it was facing an uphill path onto the mountain.

I am a writer.  Most people have never heard of me.  I always wanted to be a writer and won my first and only literary award when I was twelve. That convinced me.  I would be a writer.  However, at that time it wasn't to be.  Four years later I left school and applied for a position as a Journalist Cadet.  My best friend got the chance and I didn't.  C'est la vie! I gave up.

I did however start studying and giving lectures.  I studied everything and anything.  I lectured to anyone who wanted to listen; went into politics, served in the Army, Air Force and Police of my adopted country and generally enjoyed what I was doing.

The essence of writing?

Why does one write?  What compulsion forces the writer to carry on when it seems pointless?

In 1982 I was "lucky" to come across some classified documents that detailed an amazing journey by 36 pilots in 18 planes across miles and miles of unfriendly Africa in defiance of United Nations sanctions againt my country.  The story, detailed in the usual service manner stirred my imagination and I started writing it in detail.  Somehow word got out and some important people decided that their part shouldn't be revealed.  After receiving a message I went along with them and shelved the project. Then I met my old AIr Force boss, and I knew from the files that he had taken a part in a ferry of aircraft ~ Spitfires ~ from Britain to Central Africa in the 'Fifties.

I persuaded him to allow me to write his biography and "Half a Century" was the result.  The latter day ferry formed a part of it.

After that there was no holding me back and other books followed on.  Always I wrote for me.

After my last book Talking Drums of Belize was completed I thought that I had found the way to write books easily.  All I did was Quantum Jump and allowed my Doppelganger to write the book.

My new book was started last August in South Africa. It is about South Africa and Rhodesia.

It went well at first but upon my return to Britain it started slowing and then petered out.  It was just too big.  The plot indicates over 500 pages; well over 200 000 words at least.  The plot is complex and spans an entire century and three countries.

I found that I was trying to look at and complete the entire book in one go,  My writing ground to a halt.  Even Quantum Jumping was of no use.My meditation techniques failed to relax my mind.  I concentrated on other projects.  Published Sahratia in Okinawa: compiled Through My Lens a book showcasing the photgraphic talent of my daughter Nikki and started Wizzley.

My daughter in Japan sent me a link.  750 Words.  I looked at it.  I joined it.  I tried it and then it hit me.  All I ever need do is write 750 Words of my Novel - Saga ~ Reap the Savage Whirlwind ~ and eventually all will come together.  A simple premise that every writer knows.

However, most writers at some time suffer from the dreaded writer's block.  And this is the solution I have found.

I am not even going to try to tell you about it.  If you write then look at the link below and look at the site.

What is this thing called 750 Words

Have a look for yourself.

A little thing called 750 Words
Don't ask me, ask yourself ~ what is this about. Then Go Take a Look!

And if you are also interested in Quantum Jumping

Have a look here.

Jump into a Universe of Infinite Possibilities.
Only YOU can change YOUR thinking. No-one else can.

I love 750 words. Just need to get back to it though. Been lazy.

Then join the club? But = bit, can't believe I did that?

Not really. I just forgot to proof-read. TYVM for pointing that out. (:-))
Did you look at QJ as well? It works wonders with practise.

OK I read it all. At first I was a but worried about your spelling so didn't comment. Then I had a look at 750 words and realised what you had done intentionally. Am I right?

Commas and how to use them turn some people in knots. Yet when used correctly, commas make the difference between text that is easy to read and text that makes no sense.
100%  10   11 tandemonimom
English and Writing 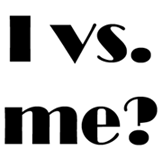