If you're dealing with any health problem where bleeding is a issue, Yunnan Baiyao is a remedy you should discuss using with your healthcare provider.

This herbal remedy is not a single herb, but a mixture of herbs that's been in use for over 100 years. The exact formula is not known--it's a trade secret--but it does include several forms of ginseng combined with other herbs.

The remedy is named for the city it originates from--Yunnan--and simply means 'Yunnan white powder'. You may see it spelled 'Yunnan Paiyao', but it's all the same thing.

So a few months back I noticed I was starting to get signs of gingivitis--again. If you're not familiar with gingivitis, a primary symptom is bleeding gums. I was treated for it about 10 years ago. It was no fun then and I wasn't about to repeat the process so I went in search of a natural remedy.

After a bit of research, I discovered Yunnan Baiyao toothpaste had a ton of great reviews. Now that I've reached the end of the tube, I can definitely say it worked wonders for me. It looks and tastes like a typical toothpaste, but the effects are pretty dramatic. My bleeding gums disappeared after a few days' use.

When I had to travel for work, I forgot to pack it and bought a substitute toothpaste. After about three days I noticed the bleeding gums came back. Once I got home and started using it again, everything went back to normal in a day or two.

While researching this remedy, one thing I found odd was that there were many references to people using it to treat their dogs. I suppose it's not really strange since dogs have bleeding wounds as well. Nice to know you can use it on your pet if needed. 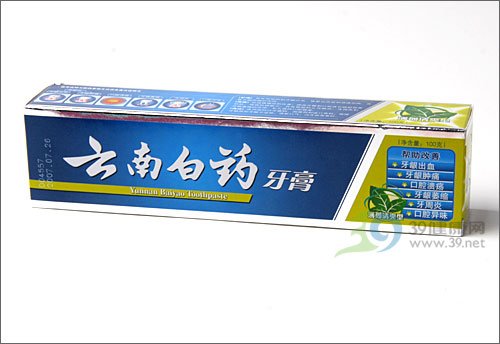 This remedy has an interesting story. While it's part of the long history of Traditional Chinese Medicine, at just over 100 years old it's very new in comparison to other practices such as acupuncture and gua sha.

Mr. Qu Huangzhang of Yunnan Province developed the formula in 1902. The formula was eventually donated to the government, and is credited with saving the lives of many Chinese soldiers.

The remedy is said to work on all forms of excessive bleeding--menstrual, ulcers, surgical, etc. Pills or powders can be taken internally. For bleeding wounds you can pour the powder directly into the wound and cover with a bandage.

Like most herbal remedies, this one has multiple uses. It's also said to be a remedy for aching muscles and joints. The aerosol spray helps improve blood circulation thereby relieving pain and reducing swelling. It’s also good for treating bruises and pain from arthritis, backache, and strains.

There are no adverse side effects for this remedy, but it is advised not to take it if you're pregnant or with cold or raw food. These type of foods require more digestion and may slow down the the effect of the remedy.

Letha Hadady, author of Asian Health Secrets, devotes an entire chapter to this remedy in the book. In the video below she talks about the herbs she plans on taking prior to hip surgery. Skip to 3:37 if you want to go directly to the part where she talks about Yunnan Baiyao.

@marciag Thanks for stopping by!

That's another interesting one that I must check out as I'm all for natural remedies for everything health related.

It must have been yunnan baiyao, but it came in the form of a liquid, which she applied to the wound. The liquid was brown.

@frankbeswick So true about proof. Many people do carry a few tablets of this around for first aid reasons. I bet this is what she used.

I wish that I knew the name of the herb! Here is the story. I had a fall in a Chinese take-away shop, as I slipped on a wet floor. I am sturdy and healthy, but I cut my hand. The owner was very concerned and wanted to heal me, so she insisted on applying Chinese herbs to my wound. I concurred out of good manners, expecting nothing. Having taken out a bottle, whose writing she could not read, she treated me. I have never known a wound heal as fast! She could not tell me what it was, as she could not read Chinese. The proof of the medicine is the cure.

@cmoneyspinner So true - the information is out there for those who want to make use of it. Thanks for commenting!

Asians have a lot of health secrets. They're not secret because the Asians won't share them. They're secret because people choose not to believe that they work and even though they know about them, they won't tell nobody!

What Is Gua Sha?

Many Westerners are just now finding out about this form of Traditional Chine... 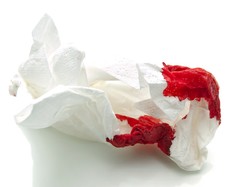 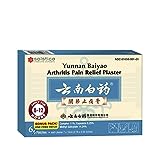 What Is Gua Sha?

Many Westerners are just now finding out about this form of Traditional Chinese Medicine.
62%  10   4 Holistic_Health
Gifts for Mom