Twenty tips on how to cheat hunger and lose weight for people who spend too much time behind a computer; brief explanations as to why these tricks work, and some meal suggestions.

A few months ago someone I know had bariatric surgery which removed three quarters of her stomach. Now she can only drink 200 ml of water at a time, eat half an apple, and subsists mostly on purées. She has lost a lot of weight though, and her blood sugar and pressure are both in the normal range again. Also she is not troubled by back problems anymore. But her surgery came with an immediately noticeable cost (besides those food-related): she has lost much of her vitality, and her personality seems changed as a result. [Edit: Things got better for her in time. She now says she feels ten years younger. Yet I wonder how she gets enough nutrients -- and enough water during hot summer days.]

I often think of her situation. She was not morbidly obese, so maybe there would have been other ways for her to lose weight. But she was greedy when it came to food, and she had tried several diets, including the Atkins diet, which only had her gain more weight in the end. When she had the surgery, she weighed 100 kg / 220 pounds.

I'm not in her position as regards my weight but I still weigh too much for my liking. The trouble is that I often have periods when I spend long days at the computer, which translates into a gain of a few extra pounds over a few months, especially as I don’t have much time to cook or shop for food, and often turn to easy solutions like pasta and pizza. So what to do then? There are, in fact, some easy ways you can ward off hunger and last longer with healthier meals. Here you have some of them. Also included are meal suggestions.

Disclaimer: I’m not a medical professional and this is not intended as medical advice. If you have health problems, consult with your doctor before changing your diet in any way.

1. Wash Your Teeth After Each Meal, and Especially After Dinner

I got this tip from a Reader’s Digest book and it works. I use it a few times throughout the day (technically you should do it for the health of your teeth anyway).

2. Use Plenty of Ginger in Your Tea

Besides his many health benefits, ginger is also an appetite suppressant. It also gives you energy, so remember this easy trick to help you last longer between meals as you enjoy several cups of tea. I tried it and it’s very effective, and ginger is wonderful with masala chai or with milky black tea.

3. If You Crave Chocolate, Take Some Magnesium

Often chocolate cravings are our body’s way to tell us that we need more magnesium. I deal with this situation either with a magnesium tablet or by preparing a salad rich in Mg. That usually means for me a veggie or fruit salad with walnuts or almond slivers. Apparently almonds are an appetite suppressant too. Edit: It's advisable, however, to limit your intake of almonds, as they contain a small amount of cyanide, which can lead to poisoning (but it would take a whole lot of almonds to pose a serious danger to your health). They also contain vitamin E and manganese, both of which you need in your diet at the right amounts. Too much manganese, however, interferes with certain drugs, so be careful with your almonds for this reason as well. You don't want to eat too many almonds anyway if you want to eat less and lose weight, because they're quite high in calories.

Many people don’t like the taste of avocados, but if you use them with lime juice in a salad, you barely taste them. Avocados help increase your HDL (good) cholesterol and reduce your triglycerides. They also make for very satisfying meals. This morning my breakfast consisted of one avocado, (the juice of) one lime, one tomato, and three cloves of garlic.

I have an easy dish I like to make: baked broccoli with Cheddar cheese, salt, and cayenne pepper. Cayenne pepper reduces the appetite and helps you burn more calories.

Having soup for lunch or dinner is a great way to lose weight easily. You can make creamy soups or broths. See below for two easy recipes.

Green tea has many health benefits, one of which is that it stabilizes your blood sugar after a meal rich in carbs. So if you eat an oatmeal and cranberries breakfast, for instance, have some green tea with it and later in the morning. If you don’t like the taste so much or prefer other teas, you can easily take green tea supplements.

8. Eat Your Salmon and Tuna

Omega-3 fatty acids raise your leptin levels. What does this mean? It means that if you eat salmon or tuna, you will need less food to keep hunger at bay. Try baked salmon with a side of spinach, for instance. Spinach also helps you feel full longer.

9. Include Flax Seeds in Your Diet. It’s Easy

I have two teaspoons of flax seeds every time I eat oatmeal. They contain omega-3 fatty acids as well as fiber, and are easy to add to oatmeal.

And try varying the size of your plates

If you ate until you felt full, as I do with pizza, then you ate too much. Eat instead smaller portions of healthy foods, savoring each bite, and focusing your mind on how great it is that you’re eating food that’s good for you.

I personally prefer large plates with little food, but for some people smaller plates work better. Either way, this is an easy way to lose some weight.

And maybe try blue plates! They make you eat less because of the contrast between the food and the color blue.

11. Start Eating at Least One Salad Meal Every Day

Salads are a fun way for you to eat your veggies and fruit. They can be rich in calories, with cheese and tuna, for instance, or light, with lettuce, tomatoes, and other veggies.

You’ve probably heard about mindfulness techniques were you look at a raisin and then focus on its taste and texture as you chew it. You can do the same thing with all your meals.

13. When You Make a Salad, Cut Your Veggies or Fruit Smaller

By taking smaller bites we savor our meals more. Also, if we focus on the taste and texture of the food, we may find that the novelty and our interest in that food may wear off sooner, which means we may find it easier to eat less.

Most of us probably eat the same staple meals as we don’t have much time to experiment. Well, if you do take the time you’ll notice it’s much easier to be mindful of your meals. To give you one example, yesterday, after reading a review of a fruit salad, I was inspired by three different recipes to make a salad (pictured above) with a fig, 50 grams of salmon, half a melon, nuts, yogurt, and honey. It was delicious.

It’s not that hard to keep a food diary, and it serves more purposes than just counting calories. Calories are not so important; what matters is the kind of foods you eat. A food journal shows you if you’re indulging your guilty pleasures too often, or if you fail to diversify your food intake.

16. Plan Your Meals Around Healthy Foods and Don’t Buy Unhealthy Snacks for Home

Make sure you don’t have less-than-healthy snacks within easy reach. To me that means buying myself only a sweet snack for home at any one time.

When you shop, try to do it with healthy recipes in mind. It can also save you a lot of money.

17. Make Sure You Don’t Miss Your Breakfast

If you’re not hungry in the morning, try eating your last meal earlier in the evening. You may find that this small change will help your weight loss.

18. Have Oatmeal for Dinner

Twenty-five minutes on a stationary bike when you’re almost hungry will make you forget about food for quite a while after. If you still feel like eating, try to wait an hour before you do eat.

Long walks are also very helpful, but they’re not as easy to integrate into a busy schedule.

For more on how to lose weight while staying healthy, see some of my other articles:

Hi Derdriu, I used to eat the avocado mixed with garlic and lime juice, or simply mixed in various plates of food. Now I eat it with garlic and cheese (something similar to cottage cheese). I will try mixing it with lime juice, onion, and tuna too -- and will look for that Mexican dish!

Mira, What a surprise that the grayed-out block indicates that I previously voted up this helpfully visual, wonderfully informative article even though I appear not to have left a comment at the time of my first visit.
How much does your friend weigh now? Is there no equivalent of Weight Watchers to offer a far less drastic option than surgery?
You mention that "This morning my breakfast consisted of one avocado, (the juice of) one lime, one tomato, and three cloves of garlic." Was the avocado consumed as fresh fruit, and how were the cloves integrated into the meal? A Mexican dish that I quite like puts tuna fish and other items into a scooped out avocado: what a delectable, healthy, visually persuasive treat!

Yes, and they're so much fun to make!

I do think that eating a salad everyday helps . It certainly helps me.

Thank you, Margie! :) I often have to stop and reboot my eating regimen, and these tips and others I've shared on Wizzley help me get slimmer and healthier.

Great information, will be trying some of your tips! I am a snacked but not always healthy!

Be careful though with almonds, because they do contain a small amount of cyanide + manganese, and the manganese can interact with certain drugs. I do eat almonds, but not very many.
P.S. I made an edit to the article to include the above. Thank you!

I am eating a vegetable soup from my own allotment vegetables, no added sugar, and following this up with my own sweet corn. Today I followed up with ginger jellied sweets, not many, but your advice on almonds is going to be useful.

I had no idea ginger curb appetite and speeds metabolism, good to know. My super skinny daughter eats candied ginger and ginger mints all the day long every day. Note the sugar content is bad but that ginger may be part of the reason she is so skinny. She started using it for motion sickness in car rides...

I don't use canned vegetables, only fresh ones, so my soup is not that salty. But yes, if you use canned tomatoes, for instance, they have some salt.

Some of the top brands for comfortable footwear for women. These are shoes ma... 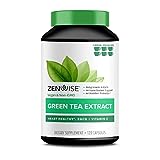 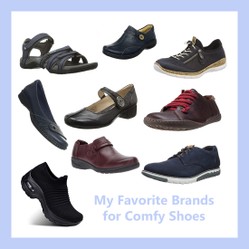 Some of the top brands for comfortable footwear for women. These are shoes made for comfort; a little pricey but they last a long time in great shape. Based on shoes I’ve owned.
83%  12   7 Mira
Necklaces