Lifestyle brands continue to grow rapidly across the retail and eCommerce environments, focusing on clothing items for the streets or the active sport fan.

Lifestyle brands continue to grow rapidly across the retail and eCommerce environments, focusing on clothing items for the streets or the active sport fan (skateboarding, surfing and snowboarding). As this market has grown though a number of lifestyle brands have popped up offering inferior products and prices, avoid these less desirable lifestyle brands by shopping at these 3 top rated lifestyle clothing stores.

One of the premier brands for skate, surf and snow

if you're into lifestyle clothing brands it is quite likely that you have heard of PacSun and it's wide range of clothing items from the big names and it's own line (which has included a number of special curated locations and once off collaborations). While big names are the majority of items you'll find offered in store and online PacSun doesn't limit itself to these massive brand names and also works in upcoming and trending brands particularly from the Los Angeles locale. This approach is consistent across the pillars of PacSun which are active lifestyle, contemporary and streetwear.

Ideal for the youth of today in California and across the world PacSun continues to work itself into popular culture through its apparel, footwear and accessory selections. Reaching a peak of 800 stores but settling at around 600 the PacSun brand is as strong as ever despite a bankruptcy event in 2016 leading to its acquisition by Golden Gate Capital. This bankruptcy was predominately brought on by the growing number of stores like PacSun that offered similar ranges at comparable or cheaper prices and the short lived lifespan of lifestyle brands as the current customers grow out of the brand and fail to attract the next generation.

PacSun started nearly 4 decades ago in 1980 as a small surf shop for both men and women to grab staple clothing items alongside swimwear that was perfectly suited to the beach lifestyle along Newport Beach, the location of the first store. During these early few years the PacSun brand was grown mostly through the likes of Quicksilver, Roxy and Billabong brands before expanding into the strategy mentioned above.

Other notable PacSun timeline events include the founding of its sister chain (Demo) which ran for nearly a decade during the 2000- 2008 period. A popular media campaign under the title "Dress Irresponsibly" that featured big name athletes which reignited male appeal with the brand at a time where it was growing its female lines and a 2012 collaboration with Kendall and Kylie Jenner based on their own personal styles.

Another big name in lifestyle clothing is American Eagle Outfitters (AEO) which has called Pennsylvania home since 1977. Started by the Silverman brothers the Southside influence of Pittsburgh was strong on the founding of the company which honed in on the need to offer affordable clothing to both female and male college aged students. Popular items in the American Eagle Outfitters line up includes jeans, graphic tees, underwear, swimwear, polo shirts and sweatpants.

Much of the growth in the late 1970s and early 1980s for American Eagle Outfitters was found in the shopping malls which were seeing large expansion and popularity in the US during the time period. Opting to position as an active lifestyle and leisure brand across apparel, footwear, accessories and outdoor sports the formula was successful at supporting the brand to its first 100 stores across over 35 states.

Towards the 1990s American Eagle Outfitters shifted its view to offer more casual clothing from private labels for both genders, a successful move that saw expansion reach outside the US with Canada, Mexico, UK, Hong Kong and other international stores pushing AEO branded stores to nearly 1,000 alongside spin-off brands Aerie securing nearly 100 locations.

Other brands owned by AEO include 77kids and Martin + Osa that target kids and older demographics respectively. The continued success of the American Eagle Outfitters is a testament to the lack of brands like AEO able to replicate the brand power and same style envisioned in AEO stores.

A leader in the streetwear scene is Karmaloop, reaching this position in only a decade after its founding in 2000. Founded by Greg Selkoe who had a self descried love for street art and break dancing which was heavily reflected in the street and urban wear stylings of Karmaloop which originally gravitated around the hard to find streetwear products of boutique stores and bringing them to a worldwide audience through its online store.

With the large amount of success which the brand was seeing Karmaloop expanded its presence with a sister site for female fashion called MissKL and a flash sale discounter called PLNDR, all of which offered a similar vibe to Karmaloop and grew steadily along the main brand despite competition from cheaper alternatives to Karmaloop popping up during the time period.

In 2005 the first physical location was opened on Newbury Street in Boston, regularly serving as a test site for products and special edition items before its closure in 2011. The brand was subsequently purchased in 2016 after financial troubles but has thus far had no impact on the street style that Karmaloop offers to its customer base.

Which Lifestyle Clothing Store Is Your Favourite?

Vote For The Best Lifestyle Store Below

Leave a Comment Below On Your Favourite Lifestyle Brand

Where to Buy Clothes For Teenage Guys

Finding clothing for teenage boys can be difficult. Here I have linked to st...

There are hundreds of pug-themed neckties on Zazzle, a gift shop with unique ... 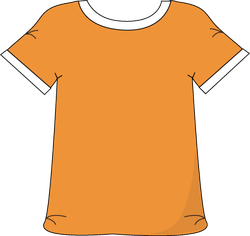 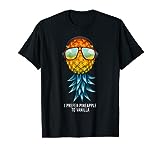 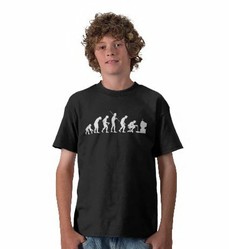 Where to Buy Clothes For Teenage Guys

Finding clothing for teenage boys can be difficult. Here I have linked to stores that may have clothes your teen will wear.
96%  12   9 ologsinquito
Neckties 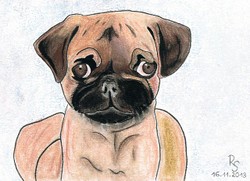 There are hundreds of pug-themed neckties on Zazzle, a gift shop with unique designs created by individual artists from all over the world.
Loading ...
Error!