The BioShock Games - An Overview Of This Loved Series

I have a huge amount of respect, love and passion for the BioShock series like many other gamers. To reminisce a little I'm writing this page to provide an overview of the BioShock

If you are new to the series wanting to learn more about the adventure that is laid out before you or a seasoned BioShock fan by myself I hope you'll enjoy reading my thoughts on this unique series with few alternatives.

BioShock started in 2007 with an adventure that took you the underwater city of Rapture, a place that you would return for a second time. The third (and likely final after the shutdown of the developers) takes you into the skies inside.

Which BioShock Game Is The Best?

Which Was Your Favourite From The Series?

The Start Of Your Adventure 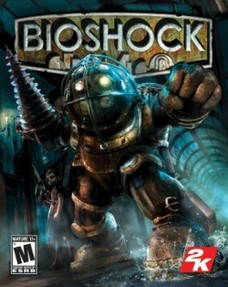 The first BioShock started it all with an experience that blew gamers away. With the ability to approach the game in multiple ways, a dark atmosphere and a twisted story to pull you into the strange new universe that we would come to know as BioShock.

Set in the city of Rapture (an under water city that you discover after being the soul survivor of a plane crash). The world that you uncover hidden away was once a utopian society but didn't last long. Now it's up to you to take care of the corrupted leader while avoiding all sorts of strange and twisted people that once called this place home.

I really loved the first game and thought a good balance with difficulty and length was achieved, although parts of the end did feel somewhat disjointed. With an introduction to plasmids, hacking and other sorts of mechanics. Dealing with the tough decisions involving the Little Sisters only made the whole experience that much better.

Step Back Into Rapture As A Big Daddy 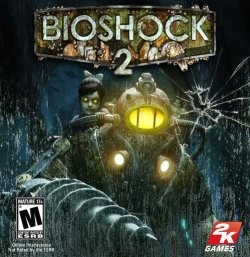 The second game didn't really reach the same heights as the first game for me, it's best to think of it as an extended expansion to the original rather than a new fully fledged game. BioShock 2 was definitely about recreating a similar experience (but changing it up slightly) rather than interesting something extremely new.

In the second game you get to jump into a big Daddy suit which gives you an entire new range of weapon options. It also introduced the dual wield method that allows you to use both plasmids and weapons at once, an important step in the series.

This small change really changed the battles to be more fun and just generally flow better. I did feel that the game took away some stealth approaches that I had enjoyed in the original so it's more combat focused (which makes sense since you are playing a big daddy after all).

BioShock 2 is definitely a game that enhanced the gameplay and it won't disappoint but it's important to go into it not expecting an entirely new experience. BioShock 2 was definitely the most disappointing of the BioShock titles and one that encouraged many players to look for BioShock alternatives.

An Amazing Experience Awaits In This Instalment 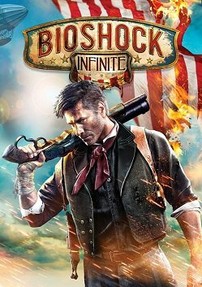 BioShock Infinite definitely put the series back on the right track with an entirely new experience. Taking you to the year 1912 you'll be sent on a journey to Columbia that instead of being underwater is set in the sky.

This changes up your strategy considerably as you get to fly around this city using he various ziplines and makes the game much faster than any game before it. You join this world in between a civil war for power and as you're caught in the middle you'll find yourself in constant firefights.

Joining you is Elizabeth, a girl that doesn't seem what she appears to be and is the basis of your strange adventure that has the sort of ending that will make you look back and question all sorts of things.

If the BioShock series is truly dead then this was a great way for the series to go out and because of it's separation to the other games it means that anyone can play it without going through the first two games. 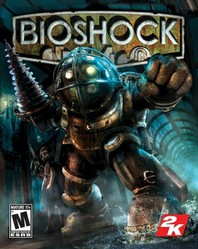