5 Things About Fort Worth, Texas You May Not Know

There's more to Fort Worth, Texas than you may know -- and that means more than cowboys and culture. That includes a thriving gay community.

Fort Worth, Texas is a city overflowing with cowboys and culture. It’s the fifth largest city in the state and the sixteenth largest in the nation, but perhaps you already knew that.

Whether you did or not, there’s still a lot more to this city’s past and present than they put in the tourist brochures.

To whet your appetite for Fort Worth, here are five things you may not know about Fort Worth, Texas.

1. The Fort Worth Zoo is a world-class institution, often ranked as one of the best zoos in the nation. It’s not far from the city’s cultural district and the handful of museums there that have achieved world-class status too. Forget the Fort Worth Museum of Science and History -- where there’s very little history on display since it’s move to a new building -- and take your family to the Fort Worth Zoo.

2. If you think the city is fun now, you should have been there in the late 1800s when the area near what is now the Fort Worth Convention Center was known as Hell’s Half Acre. It was then touted as the largest collection of dance halls, bars and similar facilities south of Dodge City. When things got out of hand, as things often do, city leaders cleaned the place up.

3. While people often refer to the area as the Dallas-Fort Worth Metroplex, the region is actually divided into many small cities. Fort Worth suburbs include Haltom City, White Settlement and Benbrook and many others. Fort Worth real estate buyers get wider choice of home locations and living situations than it first seems because there are so many nearby suburbs.

4. While many think of Fort Worth as a conservative city and maybe even a suburb of Dallas, the city has a unique feel all its own. Once Austin was considered the live music capital of Texas, but now there are supposedly more live music venues in Fort Worth than in Austin, featuring everything from Latin music to Texas tunes to true country and rock and roll. Funky, friendly and fun are words some use to describe Fort Worth, and you won’t hear anyone calling Dallas any of those things.

5. Fort Worth is a much more diverse city than many people imagine. The gay and lesbian community, for example, isn’t confined to one neighborhood like in some cities. While there’s a gay presence in the Near Southside, there’s a gay bar on East Lancaster. The gay community has no one organization that claims to speak for it and there’s no gay newspaper, however.

Whether or not you already knew these details about the city that claims to be where the West begins, these true and fun details about Fort Worth, Texas are a few pieces of what makes the city interesting for residents and visitors alike.

Having been born & raised in Fort Worth, I knew all of these things! Good list!

I didn't know that fact about the zoo. 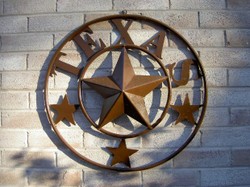 My best personal pictures of Texas from my weekly trips across the beautiful Texas Hill Country. Wildflowers, animals, funny sayings on t-shirts and more.
100%  14   15 chefkeem
Texas

Planning to live nice and easy? Move to Austin. I've lived here since 1981, and I'll tell you why you should move to Austin, Texas before it's too late.
Loading ...
Error!