Planning to live nice and easy? Move to Austin. I've lived here since 1981, and I'll tell you why you should move to Austin, Texas before it's too late.

How can it be too late to relocate to Austin?

Good question. Thing is, Austin is filling up quickly...

Through all the booms and busts of the past three decades, Austin has never lost it's unique charm called "Austin weird". Some of it is truly weird, but mostly we're talking about great food and music and a generally laid-back lifestyle.

Soon, very soon, for most of you middle-income mortals, it will be too late to move to Austin. It will be too expensive. Like New York City.

Austin, Texas pictures to whet your appetite and make you...

Why live in Austin, Texas?

From the horse's mouth. (That's me. Whinny.) 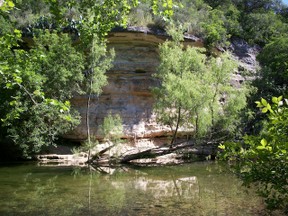 In 1981, I emigrated from my native Munich, Germany to Austin, Texas. Austin was still a big town, back then, even though Downtown already radiated a certain "big city feel". The famous Armadillo Headquarters had closed, but the cosmic cowboys were still all over the place.

Blues greats emerged into world-wide recognition. Couple of bucks got you into a Stevie Ray Vaughn performance. Heaven. BBQ and Tex-Mex ruled your chow times. Barton Springs cooled your body (68 degrees) and fired up your heart (topless chicks). Life was great. Know what? It still is. Mostly in South Austin, though.

So, when are you going to move to Austin?

Let us know when you come to Austin and we'll have your tacos ready!

chefkeem, Thank you for the backstories, persuasive videos and product lines. How much do you think of the Austin that you love will be retained when the cost of living makes it too late for all but billionaires to move there?

Everything you say us true true true! We moved here in 1998.
Sharing this to my ALL THINGS TEXAS Pinterest board.

Okay, it must have been Dallas that I flew into. It's 5 hours from Louisville to L.A. plus at least another 2 or so for layover and changing planes.

It's just a two hour nonstop flight which is a lot closer than I am now.

Well, Brenda - Texas is not really close to CA, but you are definitely welcome in Austin. :)

So Chef, is it too late to move to Austin? I want to get closer to CA. where my family lives, but CA is just too expensive.

I loved Austin when I lived there. But I'm in Willis now to be near my elderly dad who's in Houston. Willis is nice, but you couldn't pay me to live in Houston again. I'm not a city gal. I need the wide open spaces.

Loved Austin when I was there. Keep Austin Weird! Nuff said!

Things to See in Nacogdoches, Texas

There’s a large part of the population that has never heard of Nacogdoches, T...

My best personal pictures of Texas from my weekly trips across the beautiful Texas Hill Country. Wildflowers, animals, funny sayings on t-shirts and more.
84%  16   6 Ragtimelil
Texas 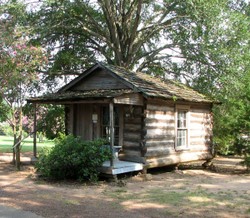 Things to See in Nacogdoches, Texas

There’s a large part of the population that has never heard of Nacogdoches, Texas. I’m honored to be among the few that can not only pronounce it, but can actually spell it!
Loading ...
Error!