Brand-new funny idioms and recently created hilarious sayings along the lines of "one card short of a full deck" - phrases describing crazy or stupid people.

What do you say about someone who seems to be slightly off his rocker, out of whack, of the moronic persuasion, or an idiot?
You may announce that this person does not have all his ducks in a row, or that she falls one card short of a full deck. In this article you will find a bunch of new phrases along these lines, all from my own twisted mind. It's been fun coming up with these funny idioms!

Other funny ways of saying...

One card short of a full deck

Not the coolest cat in the litter box

For sure not the smoothest crooner in the choir!

Not the sharpest knife in the drawer

What else could you say about a dim-witted person?

The supervisor of a CVS store hooked up with a buddy to "rob" his own business. Since he forgot to turn off the surveillance cameras, the whole thing was captured on video. Not only was the robber so nervous that he forgot to take the money bag with him, the supervisor himself actually delivered it to his "fleeing" buddy in the parking lot.

Another burglar entered a home and found several buckets with coins. He took the one with quarters and half-dollars, which added up to about $3,000. A couple of days later he returned for the bucket with nickels and dimes. This time he made $700.

Meanwhile, the owner had installed a burglar alarm. When the guy came back for the penny bucket...the police were waiting for him. What a fool!

Not the fluffiest sheets in the hamper, I'd say!

You can read a huge bunch more of these kinds of stories in the archives of News of the Weird.

Get educated AND entertained!

What if someone is dumber than a box of hair?

Can it get any dumber?

Another funny article o' mine

No funny sayings but hilarious pictures

Moose Hat Or Moose Slippers - Which Is Manlier?
Women love men with crazy moose hats or fuzzy moose slippers. Find out why, where to get the manliest antler hats, and how it all started with Adam and Eve...
Updated: 11/19/2012, chefkeem
Thank you! Would you like to post a comment now?
13

chefkeem, Thank you for the video, sayings and links. The lyrics and the moves are habit-forming! Is that a Bavarian yodeler costume? My favorite saying is not the brightest crayon in the box because it makes me think of those big boxes of multi-colored crayons.

Hehe...Tolovaj, I agree: Google Translate can be hilarious. :)

This is not only funny but also useful reference for all the authors who don't speak English very well (I am one of them), just to get the feel of the richness available when we want to express something.
But on the other hand Google Translate itself gives us some funny ideas too...
;)

No worry, Robin. RVers are the coolest cats on the road. :)

I sure appreciate everyone's sense of humor. Wizzley authors are funnier than a pork knuckle in leggins!

I want to sign up for your dance class. Or was it your singing lessons?
You are one cool cat, inside or outside the litter box..

Whew! I was waiting for a list of funny sayings regarding my having a "duh" moment to appear in these comments...

I had no clue there was a cat in the video, I watched this 3 times before I could see where the cat was (thinking it was closer) and finally saw the white cat FAR in the distance (white blur?).... I got that dishes song in my head again, a bit catchy it is...

The term "cat" refers to the performer. The neighbor's kitty is familiar with my porch antics. He was yawning several times.

Funny coronavirus T-shirts and mugs for those who are looking to defuse the g... 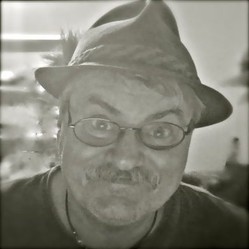 A clash of languages can leave an amusing legacy in the landscape. You just have to know what all the words mean.
56%  12   3 Mira
Funny Words & Sayings 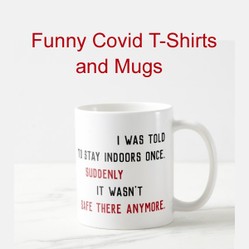 Funny coronavirus T-shirts and mugs for those who are looking to defuse the grim news moving on the airwaves this holiday season with some wry humor.
44%  6   4 CherylsArt
Funny Words & Sayings 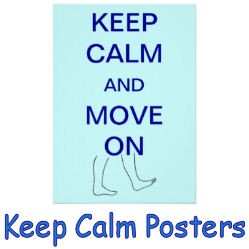 When you see the words, "Keep Calm and...," what words come to mind? Is it "Keep calm and carry on?" Or does it end with something else? Come see Keep Calm posters.
Loading ...
Error!