After writing 50 articles on Wizzley, I've gained a lot of knowledge on the platform. Instead of keeping it to myself, I want to share it with you.

Actually, it’s more like 65 now—I should have written this weeks ago but I’ve had a lot of other things happening and some more important Wizzley pieces to get up. For those who follow me, you know I’m a lover of history and the dates don’t wait for me! I often need to stop my day off work just to get a piece written in time for the day in history that it happened.

Now that I have a spare minute, it’s time to mark my accomplishment of 50 Wizzley pieces and share the things I’ve tried, learned and mastered. I have been on this site for a little over a year now but most of the pieces have been placed in the last 10 months or so. It took me a while to work out just how Wizzley worked but I’m definitely not complaining about that.

It’s About Quality Not Quantity

People who have substandard pieces aren't going to get published on Wizzley, which helps with Google rankings!

When I first started out, I got page after page denied and removed for lack of quality. I didn’t complain. The site was still new and I wasn’t quite on track with what the moderators were looking for. In fact, I was thankful that I was getting this feedback and I could message for more information if I needed it.

Quality is becoming ever more important with Google algorithm changes. Plenty of web 2.0 sites have been devalued and even removed off Google searches. It’s affected them so much that they’ve had to rethink their own ways of working. Infobarrel bought in scoring system while HubPages introduced the featuring system to determine whether a hub would be available for search engines to index. Squidoo went on a rampage of removing lenses that didn’t meet quality control. All of this just to get rid of the SEO rubbish that had been placed up over the years prior to the Google changes.

Wizzley didn’t have to change. The quality was there from the beginning. Only hubs that were informative and useful for readers were allowed. Excessive advertising has never been allowed and it made authors think about the topics they were going to publish.

That was when I decided to start on the history pieces. I’d already found that they were good for HubPages but I wanted to focus on different topics and start looking deeper into topics; Wizzley seemed like the perfect place to do that.

Moving from History to Other Topics

It's time to diversify and build on my experience at Wizzley.

As I learnt more about Wizzley and how it worked, I had more confidence to move away from history and start posting other topics. I’d cover internet marketing tips that I’ve picked up along the way and moved into the wedding niche after reigniting my passion for it while working for a private client. As I now have a whole list of articles waiting in the wings for me to write.

The Wizzley system has actually been really easy to use. The interface is friendly and it’s quick to get something posted. I have found that whatever I’m writing needs to be done in a word document first though. From there, I can see how I want it to look in the hub and manipulate the different capsules based on the text that is already written.

It now doesn’t take me long to create a long, interesting (I’m biased but I think they are) and informative page. My history pieces take around an hour to write to get all the links right, find the items for Amazon, Zazzle and other capsules and make sure that all the specific details are right. For other topics, it’s much less since there’s not as much research involved.

The Things I’ve Tried on Wizzley

There's no harm in trying something new but don't expect it all to work out.

I’ve tried writing on different topics and have seen different results. The things that I thought would do well, haven’t while those that I thought wouldn’t do so well have built up a large following, earned Editor’s Choice awards and gone on to work out really well for me. I don’t regret trying the other types of pieces though.

I love learning something new and I view my experiments as that. If I didn’t try them, I would simple wonder “what if” or “could they…” I hate those questions when I know I can do something about them!

Other things I’ve tried are different methods of monetizing. I tried Vigilinks for a short time but found that I wasn’t even getting non-sale clicks. That didn’t quite add up for me since I remember checking Amazon stats to find that I was getting clicks but no sales. There have also been some changes to the percentage of commission so I’ve decided to go back to Amazon and the separate components.

I’ve wondered about trying Chitika instead of Google AdSense ads but I’ve not quite built up the guts for that. AdSense is finally starting to show up now, so I think I’ll stick with it. That being said, if anyone else use Chitika and sees good results, please share (not details of course) your experience and maybe it would work on here.

What I’ve Learned and Mastered in 50 Pages

Well, you’ve probably realised that I’ve learned how to use the platform and create pieces that people want to learn but my education here has been much more than that.

I’ve learnt that it’s all about community. That’s something that I’ve lacked on other similar websites and never really thought about it. However, after reading JoHarrington’s article about how the community helps, I’ve found that my Wizzley score has increased and it really has helped my positioning.

I now make sure that I read and comment on at least two pages per day—well, most days; there are days that I take off from the computer completely—and keep the networking up. I’ve even started posting more regularly in the forums.

I have definitely learned that it’s all about quantity though as well as quality. The more pages I have, the more I’ve seen my statistics grow—financial and viewer ones. Of course, they’re not all pages purposely designed to add another to the tally. They’re all thought out, planned and offer quality for readers who want to know more about a topic.

What’s In Store for the Future on Wizzley for AlexandriaIngham

It's not over yet and there is still a long way to go. I'm willing to put the effort in; are you? 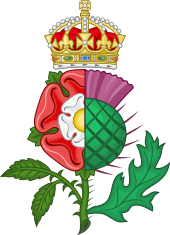 Right now, it’s all about continuing with what I’ve been doing. I’m focusing on posting more regularly. At first I was doing one every now and then or when there was something in history but now I want to post one every couple of days at a minimum. The goal is to reach 100 and get the maximum share but I definitely won’t stop there.

While I want this to become a good passive income option for me, I enjoy writing and sharing my knowledge, experience and tips. You’ll always see something from me—so I hope you don’t get bored!

However, Wizzley isn’t the only place I’m writing. I like diversifying my income streams, as well as my topics. I’ll continue to post on HubPages and Infobarrel and I am spending some time on Bubblews. I also keep an eye out for other similar websites, so I don’t “put all my eggs into one basket”.

Are you interested in writing for Wizzley? It’s really easy to create an account and it’s completely free. If you think you have what it takes to be a Wizzley writer, then please click here!

Interesting and I learned a few things, thank you..

Good insight, thanks. I'm new, haven't created my first post, but I'm working on it!

I'm half way to 50 - I know there is some kind of a contest for 50 but haven't investigated the details yet. I'm used to being paid for my affiliate links on the host, so I'm not sure how I will evaluate how I do on Wizzley. I do like the platform as well as the community.

Learning as you go is how most of us learn, so there's definitely nothing wrong with that. I really encourage reading Jo Harrington's tips and tricks articles. They've been really helpful for me!

That's awesome that you have written 50 pages on Wizzley! I have only written two so far but I would like to write more. I have a two blogs. One is about internet marketing and the other is about natural health. I wrote my second Wizzley page yesterday which was about hippie crossbody bags. I am still learning how to use Wizzley so I am learning as I go. Thanks for sharing this with us!

Thank you so much for this article. I'm still a relative newcomer and didn't get the scoring and positioning at all, but this makes it much clearer to me. I, too, write elsewhere and finding that time to do all the things I want to do is difficult, but I shall make more effort at the community side of things now.

This is a very interesting article for me, since I only just started on Wizzley a little less than a month ago and I'm just learning about the site. I like doing in-depth pieces so what you said about history articles already has ideas popping around in my head. So far I love the site, love the look and the tools and options. Thanks for sharing your experiences.

Here's to much success in your future here at Wizzley, congrats!

Congratulations on reaching this milestone. 50 plus articles on Wizzley is a lot. I'm still pretty new here so I've got a long way to go before I get to 50 articles. There's still so much to learn. I agree that the Wizzley interface is pretty easy to use.

Thanks, Poutine. Good luck with Wizzley. It's really fun.

Open source is as older than the Internet, it has a tremendous value, but is ...

No matter if you own your own website, working on Web 2.0 can bring you signi... 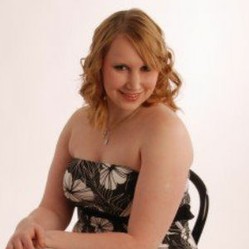 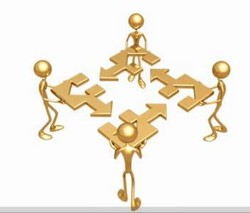 Open source is as older than the Internet, it has a tremendous value, but is not coming without controversies, misunderstanding and even oppositions.
48%  9   3 Tolovaj
Other Web 2.0 Topics

No matter if you own your own website, working on Web 2.0 can bring you significant benefits
Loading ...
Error!