A Computer Can Detect Nipples? This is Science?

Computers trained to detect nipples? It's a real crazy research effort that someone is actually paying money for. Is this what these guys when to college for?

I’m not sure what scientists in Singapore are drinking these days, but it must be pretty potent stuff. How else to explain why on earth researchers in that Asian location would come up with a project titled, “Automatic Nipple Detection Using Shape and Statistical Color Information.”
That’s right, you read it correctly – these guys are really working on perfecting a computer recognition system that aims to figure out if a nipple is a nipple. Who would have thought that the good old human eyeball – or even a camera – wasn’t good enough to tell you when you are looking at a nipple or not?

According to these dim-light scientists it’s important that a computer be able to automatically detect nipples by analyzing shapes and color variations. Do they think the computer will get turned on or something? Oh, I suppose there might be a medical reason for all this, but the researchers don’t suggest that is the case.

Perhaps, what is most peculiar – if not downright funny – about this piece of research is how seriously the Singaporean scientists are going about it. For example, with a straight face they are quoted as describing the work as, “first the statistical information of skin color relation between nipple and region surrounding the nipple has to be extracted, and then this information is used to filter off the non-nipple region detected in last stage.” Wow, is that a turn on or what?

As they toil away at their nipple project, the scientists aren’t having much success (meaning 100% detection of nipples by the computer). In a trial with 980 images, 348 of which featured nipples, only 263 were correctly identified as a nipple image. About 85 were not detected at all and 170 false detections were made (calling a navel or an eye a nipple).

When Is A Nipple Not A Navel?

Another serious, but funny, comment by the researchers suggests they are currently working on “firming up the software.”

Someone, I don’t know who, is actually paying these guys to conduct this work and you have to ask yourself – why? What would possess someone to waste all this time and money just to have a computer confirm what you already know – that you are staring at a nipple, or perhaps confirming for you that you have nipples?

Some day there will be a supreme authority that rules all research and automatically rejects anything as foolish as this. Until then, we ought to confine these Singapore scientists to their lab wherein they would be made to sit in front of their computer, bare their own chests to it and each time it detects their nipple(s) it would say to the scientists, “you are a very silly person.”

TheWritingCowboy, Is this detection gender-specific?

At first, I wondered if this was one of those urban legends, but it's true. I did an internet search and found they're using this program to search online images and videos for adult content. That way they can try to protect children from viewing these images. Here's the link:
http://link.springer.com/chapter/10.1...

The things I learn on the internet! Thanks for writing about it. 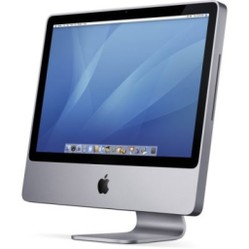