One of the biggest problems with batteries is how long it takes to charge them. A capacitor, on the other hand, charges in seconds, or at most, minutes.

Researchers at UCLA (University of California Los Angeles) have successfully used an inexpensive precursor (graphite oxide) to produce high-performance graphene. By coating a blank DVD disc with graphite oxide, allowing the substance to air cure, and then using a LightScribe DVD drive, these researchers have created graphene sheets quickly and inexpensively.

Graphene is a substance composed of pure carbon, with atoms arranged in a regular hexagonal pattern similar to graphite, but in a one-atom thick sheet. It is very light, with a 1-square-meter sheet weighing only 0.77 milligrams. – Source Wikipedia 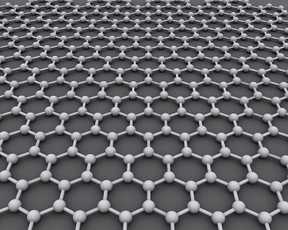 Graphene is, simply put, a very thin layer of pure carbon. How thin? The goal has been a single atom’s thickness (see image left). Up to now researchers have been creating graphene sheet, the Holy Grail in carbon technology, by placing tape on a graphite block and stripping layers of graphene away from that block by removing the tape. As a manufacturing process this is labor intensive, unreliable, and produces inconsistent results. When Ric Kaner’s team at UCLA came up with a way to not only create sheets of graphene quickly, but also in “standardized” sizes, it was quite a breakthrough.

The process: A blank DVD or one with a pattern on it is coated with graphite oxide in a liquid suspension, the suspension is allowed to evaporate away, the DVD is then placed in a standard DVD burner (probably very much like the one you have in your computer), and the writing laser in the unit passed over the entire DVD creating a thin sheet of graphene.

The result is ridiculously cheap graphene sheets one atom thick. In a very simple process, much simpler than previously imagined, Kaner’s team has solved the problem of how to create graphene sheets that make products made from them economically workable.

How a Capacitor is Different than a Battery

Since their manufacturing discovery, Kaner and associate El-Kady, have streamlined the process. They also discovered that graphene sheet, as a primary component in capacitors, is much more efficient at holding electrical charges. The team has managed to create 100 micro-supercapacitors on a single disc and the process takes thirty minutes at most.

El-Kady and Kaner have since found a way to implant electrodes into each graphene sheet. A pair can then be placed on either side of a flexible insulator. Graphene, in one of these capacitors, is so efficient at holding a charge that El-Kady and Kaner visualize a battery replacement. They believe their graphene capacitors can hold the same charge as a similarly sized lithium ion battery.

Richard Kaner and Maher El-Kady
A short write-up in the Department of Chemistry and Biochemistry, UCLA

Professor and Graduate Student Create Battery-Like Product
A write-up of the discovery and team in the UCLA paper The Daily Bruin.

The Scientific Accident that Could Change the World
An article at the site IO9 by Robert T. Gonzalez

Because graphene is a single atom thick, a similarly thin insulator could result in capacitors that can be bent, twisted, and curled. Such an energy storage device would be ideal for flexible electronics. It is thin enough to be translucent and light enough to lend itself to portable devices. These applications might include roll-up TVs and displays, e-paper, and wearable electronics.

The process pioneered by the El-Kady/Kaner team also means these supercapacitors could be manufactured directly onto the device that uses them.

Such a capacitor could then be used to enhance energy storage on solar arrays, mechanical and thermal electric generating units, as a stored power backup for energy utilities, and as a storage medium for “off the grid” sites.

Imagine a solar roof array that powers your home, with no assistance from the power company, for a full twenty four hour period making you energy independent. Or if you aren’t up to producing your own power, imagine paying less for electricity because your power company can now store reserve energy generated at night and released back into the system during the day.

As a recipient of the 115th Faculty Research Lectureship, Kaner will give a public lecture on the topic of his choice in Fall 2013, to be followed by a reception held in his honor.

Every year, the Academic Senate awards lectureships to two faculty members, one from the natural sciences and one from the humanities, social disciplines, or creative arts, with the purpose of acknowledging faculty achievements and giving the campus and community the chance to learn about them from the perspectives of the faculty honored.  – Source, Chemistry and Biochemistry Department UCLA

There have been so many ideal situations imagined with this sort of capacitor that I cannot list them all here, but if this breakthrough bears up under further testing we could see a drastic change in the way our beloved electronics function, perform, and most importantly charge. You could quickly recharge your smart device in the time it takes to touch up your makeup (should you wear any) or locate the keys to your car.

The possibilities seem endless from here.

Burnel changed civil and mechanical engineering by thinking big. But it wasn'... 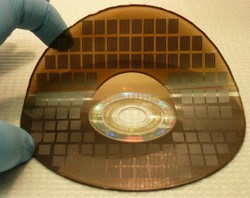 Most people recognize that the Wright brothers mastered powered flight, but few know all of the engineering strides they made to accomplish this.
49%  9   3 LiamBean
Engineering 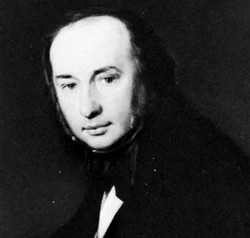