I am looking to buy an used AWD minivan. For that, I need a list of AWD minivan manufacturers. Apparently, the internet never created that page. Well, here it is.

I am on the hunt for one.

I currently own an All-Wheel-Drive (AWD) Mitsubishi Montero.  I love it.  It handles snow and rain quite well, and I feel quite safe driving it.  Plus, it gives me comfort to know that my wife has a dependable vehicle to drive.

However, with our growing family, we are desperately needing a third row of seats.  Plus, we are finding the SUV's appetite for fuel to be a little more than we can handle.

And so, I am in the market for a minivan that has that wonderful AWD feature.

Why it's different from 4 Wheel Drive

Each manufacturer has their own design for drivetrains that they use.  Generally speaking, however, All Wheel Drive vehicles always provide power to all of the wheels.  As one wheel begins to slip, the vehicle will adjust more power to that wheel to help it regain traction.

While the AWD vehicles are not as aggressive as a 4-wheel drive vehicle, they tend to offer a trade-off of better fuel mileage, while still giving higher traction control for on-road handling.

Most Companies Have Discontinued Production of AWD Minivans

One of the reasons there really isn't a list of All-Wheel-Drive minivans is that, well, they don't make them anymore. Apparently in the mid-2000's, the big domestic manufacturers such as Chrysler and GM stopped including an All Wheel Drive option on their minivans, choosing instead to push their SUV and crossover lines.

Dodge -  Dodge quit making AWD minivans in 2005, and instead has been pushing their Durango SUV with All-Wheel-Drive and the Journey and Caliber crossovers which also had AWD.

Chevy/GMC - Until about 2005 the Chevy Astro and GMC Safari offered an AWD version of their larger-than-normal minivan.  More recently, their AWD focus has been centered on the Chevy Equinox (which also has a high mpg rating), as well as their All Wheel Drive Traverse, Tahoe and Suburban.  Since 2009, the GM Acadia has been another AWD option.

Ford - Until 1997, Ford offered the Aerostar model with All Wheel Drive. More recently, they've been offering All Wheel Drive on their Flex crossover model, a 4 wheel drive Explorer SUV.   In 2007, they introduced the Edge in a AWD model, and it is one of their longest-running AWD models in production (excluding the Explorer which has offered a 4WD option since the 1990's)

Nissan - I actually have a friend who drives a Nissan quest and loves the fuel mileage it gets. However, if you are looking for an AWD vehicle, you will have to go with something such as their Murano.

Oldsmobile - The Silhouette died with the rest of the brand line in 2004. However, many of them can still be found with Oldsmobile traction control system which for AWD capabilities.

Subaru - Subaru has long positioned themselves as makers of high-quality cars that can go anywhere.  I have had more than one friend brag about their Subaru Outback.  For more space you could go with the AWD Forester, but Subaru does not offer a minivan.

Toyota - The Sienna is currently one of the top-ranked vans -- right next to the Honda Odyssey.    Typically offered at a slightly lower price tag than the Odyssey, and with Toyota-backed quality, it is a great deal.  Plus it does have AWD.  For a more Crossover vehicle that also has AWD, you can also look at the Toyota Venza.

Volkswagen - The VW recent foray back into van territory has been a poorly-received knock off of the Chrysler minivan. Lacking VW's 4-motion 4WD system, it falls short of making the cut. However the Passat station wagon or the VW Touareg SUV may be a better fit for a family and also has the 4-motion 4WD system.

This is simply the information I found while doing my own research on possible AWD vehicles for safely transporting my family.   Hopefully it helps fills in the gaps for you as well.

While I would like to think that this information is exhaustive and entirely correct, I realize that I may have made some errors.

Have you had any experiences with an All Wheel Drive van that you love (or hate)?  Please, add that to the comments below as well!

The chicken tax is a 25% tariff on potato starch, dextrin, brandy, and light trucks imposed in 1963 by the United States under President Lyndon B. Johnson in response to tariffs placed by France and West Germany on importation of U.S. chicken. And a US classification for light trucks or truck-based vehicles with a payload capacity of less than 4,000 pounds (1,815 kgs.) Then Federal regulations define a light-duty truck to be any motor vehicle having a gross vehicle weight rating (curb weight plus payload) of no more than 8,500 pounds (3,855.5 kg) which is “(1) Designed primarily for purposes of transportation of property or is a derivation of such a vehicle, or (2) Designed primarily for transportation of persons and has a capacity of more than 12 persons, or (3) Available with special features enabling off-street or off-highway operation and use.” Light trucks includes vans, pickups, and sport utility vehicles.[2]

The United States government uses light truck as a vehicle class in regulating fuel economy through the Corporate Average Fuel Economy (CAFE) standard. The class includes vans, minivans, sport utility vehicles, and pickup trucks. Light trucks have lower fuel economy standards than cars, under the premise that these vehicles are used for utilitarian purposes rather than personal transportation. Since light trucks sold in the US are increasingly being used for personal use, some have advocated applying higher economy standards to light trucks that are not used for utilitarian purposes.
So a Sienna 2.7 TDI AWD manual transmission is like a nazi jap from middle east.
Buy a hummer2 instead

Chrysler dropped the AWD in mini vans when it started offering stow-an-go seating, since the drive-train had nowhere to go. That will change beginning 2016 with AWD back in the line-up.

Chrysler and Dodge minivans are the same vehicles. In your dodge segment of this,you mention that Dodge axed AWD in 05,then in the Chrysler segment, you say Chrysler axed AWD in 04.......2004 being the truth. 04 was the last year Dodge & Chrysler made AWD in the mini van to make room for stow-N-go in the slightly remodeled 2005 models. @007 was also the last year for the short wheel base Dodge Caravan & Town&Country. Chrysler,Dodge & Plymouth introduced AWD in 1990 as the 1991 redesigned model. AWD came on ALL trim levels as an option,cross all 3 models,including the short wheel base. Chrysler carried AWD on the short wheel base til 1993,then axed it. Starting 1994 the 3 Mopar mini vans only carried AWD as an option on the grand models,til 1995. In 1996 w/ the redesign,Chrysler axed AWD for the 96 model year only,then picked it back up in 1997 On the Grand Caravan & Town&Country w/ the exception of the Grand Voyager. Plymouth dropped AWD as an option after 1998,then Plymouths death in 2000. The Grand Caravan & Town&Country carried on with AWD til 2004,when it was axed to make room for the 2005's stow-N-go. I personaly have owned MANY Mopar minivans over the years,3 of them being AWD models and loved all 3. I've owned a 94 T&C,97Grand Caravan SE AWD & 02 Grand Caravan ES AWD. I no longer own the 2 elder vans but have the 02,it's starting to age and i can't wait to trade it in on a 2014 model with AWD. I'm quite excited in the return of AWD to the Mopar van,it should have never been deleted. Good luck with what ever you buy.

Thanks for this. I"m hoping to benefit for your research. My ideal is an AWD with Diesel or Hybrid. My lease is up in Dec 2013 so I'm hoping something is announced soon!

New-Fashioned Way to Buy a Car

Car buying in the USA. Recommended websites are given for how to research car... 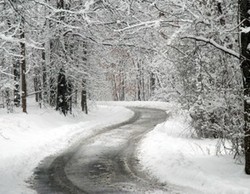 New-Fashioned Way to Buy a Car

Car buying in the USA. Recommended websites are given for how to research car features, fuel economy (mpg), and asking prices from your computer.
100%  28   10 Ragtimelil
Buying a Car