A Trip to the Smoky Mountains

A Trip to the Smoky Mountains offers much to do. The scenery is great, and there are family friendly activities.

This year we went to one of our favorite places, the Smoky Mountains. We stayed in Gatlinburg, just near the entrance to the national park. We went to Cade’s Cove on the first full day there. This is an area that is wooded land in a distance, and grass for a distance back on either side of the road. The road is a loop, and it is one way, so once you start you must finish. There are rare side roads that get one back in a shorter distance.

On the third day we went to Newfound Gap, a scenic overview from the top of the mountain. It is at the state line for Tennessee and North Carolina.

The choice of days to go into the mountain was dictated by weather.

Cade’s Cove is the place to go for wildlife viewing.  The grassy area often has wild animals that are visible.  They are hard to spot since the grass is quite high.  But once someone sees something of interest they park their car and soon others also stop.  Whenever a group is looking at something there is probably an animal of interest.

People are warned not to approach wildlife, but some people are reckless.  One of the three bears we passed had people passed the fence and standing much too close to the bear.  This time we did not see any bear cubs, which would make approaching the bears even more dangerous.  We also passed two deer, and on the road our I had to break for a turkey.  I believe it ran across the road, but to call its motion running is a stretch.  Then, we passed two more turkeys.  These were well out of Cade’s Cove. But the road in is long.  The actual loop is about eight miles.

The cove is a valley, and the mountains are always visible in the background.  Also, original settler buildings still stand, and can be visited.

The road in is longer than the loop, and is itself a wonderful place.  It is where one of the three bears was spotted, and the three turkeys.  There is a mountain stream, and at one point the stream was joined by another with a waterfall visible from the road.

Newfound Gap is on the roughly thirty-mile road across the Smoky Mountains.  One ascends in one state, then descends in another.  At the top is a spectacular view, and the head of the Appalachian Trail.  It is a great place for photos.

The road up has places to pull off the road, and to take photos.  There is often a stream alongside the road, and with switch backs the stream  can be on either side.

The park has several walking trails, and some lead to waterfalls.  At the head of each trail is a place to park.

There is a short road from just into the park from Gatlinburg to Pigeon Forge.  It goes up and gives an excellent view of the town from the mountain above.  We had to go through the bypass twice, since the first pass was hastened by rain.

The area of Pigeon Forge and Sevierville has many attractions.

One day we had lunch at the Apple Barn.  The Apple Barn is a complex with two restaurants serving home-style meals.  The staff dress in period garb from over a hundred years ago.   There are also other shops in the complex, a Christmas shop, an ice cream and cookie eatery, and a gift shop selling such things as apple butter.  Yes, there are also real apple trees growing in the complex, it has its own orchard.

One night we had dinner at one of Dolly Parton’s dinner shows.  We went to Celebration, since we had gone to Stampede in the past.  Another dinner was at Margaretville, a resort.  It was nice just to stroll between the buildings.

One thing I always do in Gatlinburg is get fudge.  One night we stopped at a candy shop for that purpose.  I just finished the last bit of fudge before sitting down to write.

There is an eight-mile loop through the artist colony.  In the past the shops were all separate.  Now, some are housed in small malls, others still stand alone.  My purpose here was to get a quality belt, so we went to a leather shop.  There are artist and artisans with varied talents and products throughout the loop.

This article contains links to affiliate programs from some or all of Zazzle, Viglink, and Ebay through Viglink, and Adsense advertising.  These must use cookies to allow for proper crediting. As an Amazon Associate I earn from qualifying purchases.

Images used are my own.

It is a great place, friendly people, and reasonable pricing.

I was there in late May. I did not see the fireflies. We were in the restaurants and motel at night, not n the park.

blackspanielgallery, Fireflies begin their evening displays here the last weekend of April. This year they didn't start until halfway through May. Were you in the Smokies during firefly months and did you see them synchronously flashing on and off?

Perhaps it will, but the protection of a National Park is what keeps the scenery in the Smoky Mountains. Tey are the highest of the Appalachian Mountains, but not so much so as to really overshadow north Georgia. As for the Carolina side, it is a Cherokee Reservation. I have been there several times. If the Cherokee build it up, it will happen. But, I do not think people can just move there.

My vacation in the Smokys was over 20 years ago, so I'm sure it has changed a lot since then. In fact lots of people who move out of Florida go to the Carolinas, north Georgia, and similar locations where the climate is not as bad at the north, and the scenery is much better. I imagine one day that section of the country will be very built up.

While the original article was a travel article, I have no problem sharing what I know of the area, and invite anyone else who knows more to augment the comments. This site is for sharing information, and others have been quite generous sharing things I want to know.

Frank, I should add that it is a very safe place. On one trip the news reported a great crime, and got the same press as a murder would in other places. In another case I heard a waitress say a person was arrested for drunk driving, and she was waiting to see if a conviction followed. If so, the car would be confiscated, and sold at auction, and it was a very nice car. Laws are strict, and people obey them.
There are dangers. This year three bears came to town, the mother and two yearlings. They chased a person into his home and broke his screens, chased construction workers, then tried to break into cars at a hotel. Garbage has to be in bear-proof containers by law. I believe this was caused, in part, by lack of low vegetation due to the fire. They were after food. But, they do pose a real danger, and this is not the first time we were there when bears made the news for coming to town. But, humans are peaceful there. Unfortunately, the bears were euthanized.

Dustytoes, wading was out this year. Rains had the streams running faster than normal, as evidenced by the waterfall that normally is much less of a flow.

BSG, that sure augments my image of the Smoky Mountains. Thank you.

The Great Smoky Mountains And Their Surroundings

The Great Smoky Mountains are worth a visit. The scenery is spectacular, and...

If you are visiting Memphis, TN, here are five places to visit with your chil... 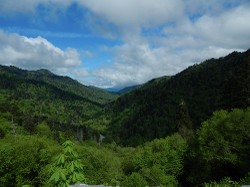 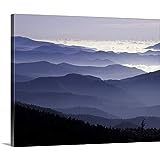 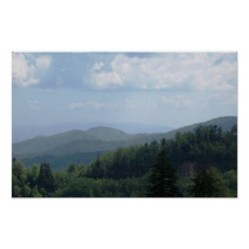 The Great Smoky Mountains And Their Surroundings

The Great Smoky Mountains are worth a visit. The scenery is spectacular, and there is ample food and lodging just outside of the park.
43%  4   4 Jimmie
Tennessee 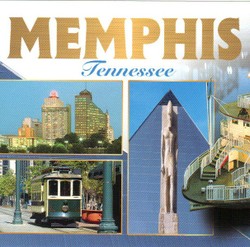 If you are visiting Memphis, TN, here are five places to visit with your children for interesting field trips.
Loading ...
Error!