A Woman Alone: Decades Living in a Ruined Village

Elizabeth Prettejohn lived in her village ,much of the time alone, for forty seven years after its near destruction.

You cannot now visit Hallsands, though there is a viewing platform, for the sea still eats away at the shore where the fishing village once stood. But the name lives on, a testimony to a combination of cynical officialdom, pressures of war or the threat of it, and the inevitability of coastal erosion. But the name Hallsands evokes the memory of strong women who could fish as well as their menfolk and could handle a rowing boat, and also the memory of one woman in particular, who loved the place so well that she could not bear to leave it.

Photo courtesy of Oskaline, of Pixabay.

The fisherfolk of Hallsands knew that the storm was coming, and they knew that it might be the end for their village. But they were tough Devon people, born and bred to the sea, whose womenfolk could haul boats up and down the shingle beach and fish with the men when required. So that night in November 1917 they sat out the storm, though children were sent for safety  to relatives and friends further inland. But they did not anticipate four days of briny hell.

The villagers' forebears  had chosen the site well. Situated at the foot of a sloping sandstone cliff it  was separated from the sea by a ninety yard shingle beach which ensured that waves broke nearly three hundred feet from the village. Moreover, the shingle took the force of the waves and safely absorbed it. But in the 1890s in came the government. The shingle was  excavated to provide concrete for a naval  dockyard. The villagers' protests were in vain, the beach was stripped of much, though not all shingle, and though officialdom eventually decided to call a halt, the villagers knew that they were living on borrowed time.

The storm of 1917 lasted four days, with the mountainous waves crashing upon the village. Stone buildings began to crumble under the pounding, including the village inn, the London Inn, owned by the Prettejohns. Fortunately, they dwelt on the higher, landward side of the village, so they were spared the worst. But the villagers were forced to flee inland when storm water began to come down their chimneys. Remarkably, all the 79 villagers survived. The youngest survivor was a seven day old baby, who was transported to safety through the driving rain in a fisherman's mawn, a conical willow basket carried on the back. The Prettejohn house was one of the few that survived.

Some villagers who owned their  own houses gained compensation from the government, but renters got nothing as compensation went to landlords. Many villagers moved away to safer places. But Elizabeth stayed, remaining until her death in 1964.

Elizabeth was single and thirty three when the storm struck.  Her parents were the innkeepers of the London Inn, where Elizabeth was born, but they were quite prosperous and eventually moved to a house on the landward side of the village, up the hillside, and it was this favourable location that enabled it to survive the storm. However,  the inn was destroyed. But the Prettejohn family remained and it seems that the parents had enough money to enable them to retire, especially as they probably got compensation and/or insurance money for the loss of their business.

However, Elizabeth had lost her job. She had been employed by the inn, serving on the bar and cleaning. Unwilling to move away, she wanted to remain living in her parents' house, which as an only child she would inherit. For the remaining forty seven years of her life she remained living alone in the remnants of Hallsands. When asked why she remained she explained that here was where her memories were. Was she trapped in a past in which all that was bright and shining was in time gone by? I cannot say, but after a brutal war there was a shortage of males who  might have in other circumstances offered her marriage. Was she one of those people who are over-attached to a place to their detriment? Or was there nothing better to go to in the grim world of post-war Britain? We cannot know.

How did she live? She would have inherited her parents' money, but how much that was she never revealed. But she had a flock of chickens and lived off their eggs. She also lived on what the sea provided.  A strong woman she fished for fish and crabs. Combing the shore after storms provided a harvest of fish for free. In the tourist season she gave guided tours of the lost village, supplementing her income a little. As she aged she got a pension. Finally in 1964 aged eighty she died.

A few years later a landslide took away the path to he remnants of the village and her beloved house is now cut off, to be viewed from a platform.

What do we make of Elizabeth. Was she a recluse, or was she a victim. Was she ever lonely? We cannot say, for she left few words and kept her heart secret. But we can say one thing for sure, there is no record of her ever harming anyone.

I must say - Elizabeth was quite bold in living alone on her own. So it happens with older generations, my father doesn't want to leave his place too. We, his daughters pay him a visit once in a while. Maybe, we will meet the same fate one day. It is sad that natural calamities took Elizabeth's job and finally her abode. I wish the governing body could have done more for her and the people who wanted to stay.

The economy of the area relies on fishing and tourism.

She seemed secure, but as she had little worth stealing, and was quite popular,so she was safe. She never harmed anyone.

She combed the beach for what it yielded and she looked for shellfish and crabs.

She liked the natural scenery and the peace.

frankbeswick, Thank you for the practical information, pretty picture and product lines.
What is the economy of the area like? It's interesting that Elizabeth Prettejohn appears to have been allowed to live out her life without threats to her security. Perhaps her family name linked with kindness to others. Perhaps she stayed because she liked what the water washed up -- bottles with messages? mementoes from passing and wrecked ships, from her townspeople? -- along with the crabs and the fish and because she liked the sights of the night skies and the sounds of the waves and winds.

There is a peril with living close to the sea, for one never knows when a severe storm, rouge wave, or even a tsunami will cause catastrophic destruction. Even have made it through a similar event, each storm can erode and leave things more perilous for the next event. A prolonged storm is like having several storms in succession. 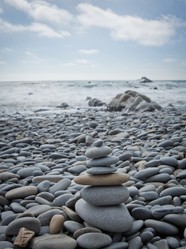 Review of Paul: a biography18 days ago 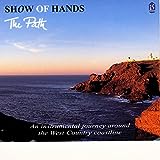