-A short Guide about visual development of babies/toddlers between 0 and 3 years.

Visual development of babies between 0 and 3 months

According to Lea Hyvärinen, a world renowned paediatric ophthalmologist from Helsinki, Finland, a child without visual impairment will move his or her eyes and head in direction to light and will be able to follow things in doing horizontal eye movements already after one month. In the second and third month the child will be able to have eye contact with adults, implement vertical eye movements, will watch lip movements and will be already very interested in moved objects. Andrea Langmann, an Austrian specialist for eye diseases recommends that if the child does not react in that way at this age it is necessary to consult an eye doctor to check if there is a problem. Some children in this age have just a delayed visual maturation (DVM I) and their visual development will get normal after about six months. It does not necessarily mean that they have a serious problem with their eyes.

Visual development of babies between 3 and 6 months

A “normal” child without visual impairment in this age starts to watch his or her own hands, tries to grab things and objects and the whole visual attention is getting better; he or she will even watch falling objects.

Babies with a visual impairment in this age mostly refuse to lie on their stomachs, as it is more difficult for them to see something. They are often not able to lift their heads yet, as there is no reason for them to do so, as they cannot watch something. Without the visual stimulus they are not very interested in moving around and they have no orientation.

Visual development of babies between 7 and 12 months

A child with normal vision grabs objects to explore them. He or she is even able to grab like tweezers, which means he or she is also able to grab very small things and objects. Babies in this age are normally already interested in watching pictures and they love to play Hide and Seek with objects. They can also difference between persons and they tend to watch movements of the lips of adults.

For a child with low vision in this age it is important and necessary that the objects and toys are near him or her to see them. Therefore it is already in this age necessary to install a good and proper light in the child’s home. Some specialists recommend that mothers of low vision children shall wear affective make up so that it is easier for the child to watch the lips and the facial expressions.

Visual development of toddlers between 2 and 3 years

A normal seeing child is able to orientate in his or her house, recognizes persons even through a window, likes playing Hide and Seek and is interested in books with pictures. The communication stays in the foreground and the ability to see gives reasons to talk.

A child with visual impairment mostly needs an adult as a connection to make visual experiences.

In this age the doctors are able to do already more tests and they can identify most of the eye diseases already. It is also common, that visual problems are just recognized in this age and not before, mostly the child was called a bit “stupid” and “clumsy” before. 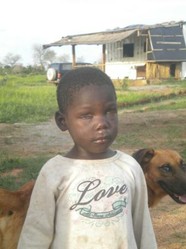 In modern times we too often forget the importance of reading fairy tales to our kids. Why are fairy tales so important?
Loading ...
Error!