London's "Theaterland" in the West End is one of the last bastions of great theater. If you are planning a trip or are interested in London's theatre district, read on!

I never considered myself a theater person and yet I've written and produced two of my own musicals that played in Hollywood. I'm not an expert on theater and yet I've spent countless hours enjoying a wide range of productions in Los Angeles, New York, Las Vegas, London and even Buenos Aires.

I think it's like most things; you don't know what you like until you see something you really like. After enjoying a production of "Chicago" in Los Angeles I was inspired; when I went to London for my second trip in 1998 and saw "Les Miserables" I was hooked. I've sought out exciting theater wherever and whenever I can since then.

In 2003 I took a UC Berkely "study abroad" course in London that had me living in Soho, within walking distance of most of the major theaters in the West End. For three magical weeks a group of us "students" would venture out to a specific roster of shows set up by the school and the next morning we would attend intimate lectures by cast, crew, writers, directors and artisans from the shows we'd just seen. (Favorite quote by an actor, "You haven't lived until you've had Ralph Fienne's spittle fly into your face in the front row of the Haymarket Theatre in Ibsen's 'Brand.'" I can honestly say this is true!)

In 2010 I "programmed" my own such course and spent three unbelievable weeks seeing as many shows as I had time, money and energy to enjoy.

My experiences taught me some things about London's West End I hope might be of use to someone planning a trip or just interested in the subject matter.

The name comes from the location, the "western end" of London, although it's a vague term that encompasses different areas depending on who you talk to.  The area was originally developed as a somewhat-unified district in the 17th century and became a favorite spot for the rich and elite.  It is currently a hot spot for museums, fine dining, shopping, tourist attractions and entertainment of all types, from street performers to big-budget theater.

While the definition of just where the boundaries of the "West End" vicinity begin and end are not concrete, a casual walk around the area would lead one to believe Piccadilly Circus, which bears a vague resemblance to New York's Time Square/Broadway district, is the center.  At the same time, busy Covent Garden, beautiful Leicester Square and the regal Westminster area are all sometimes included under the "West End" banner depending on who you ask.

The West End is commonly recognized as a hub of live theater and contains several old and majestic theater buildings that are in active use today.  It is the "Broadway" of London, except that, with apologies to any New Yorkers, in terms of popularity and scope I would question whether "Broadway" is beginning to become the "West End" of The United States.

Theater, while losing ground to pre-recorded media everywhere in the world, is still rich, vibrant, alive and very popular in London and I have been lucky enough to visit there often and thoroughly.  If you have the means you must visit this magical, memorable neighborhood.

2) Prepare for your trip

As with any long distance trip preparation is key.  Make sure you have an updated, valid passport!  Do your research and know where you are going and how to get around once you arrive.

If you are seriously planning on "doing the town," that is, going to a lot of shows, you'll want to consider trying to find accommodations near the theaters.  It's a congested area and prices are steep but it may save you a lot of hassle later.  Of course the London transit system can take you just about anywhere you can think of but walking can be even better; several of my nights were hampered by either being in a rush to catch a tube, crowds that pushed and prodded, or an unendurable heatwave in summer that made me a sweaty mess by the time I got to my destination.  I stayed in "Travelodge" hotels all over England last time I went and they were very consistent and easy on my wallet, comparatively speaking.

3) Prepare to see some shows!

I highly recommend you check out the London activities "bible," "Time Out," which you can find on-line.  Here you will find out what's going on when you're going to be in London and you can read reviews, get tips and find some great deals.

Key to my last, and most successful trip was booking everything in advance.  I knew exactly where I was going to stay and which shows I was going to be attending weeks in advance, so all I had to think about when I arrived was where I'd have dinner before the show!

Of course, if you like living spontaneously you can always buy tickets when you're there--as a single traveler on occasion I had no problems getting a decent single seat to a matinee.  You can also visit the popular kiosk in Leicester Square where you can get discounted tickets on the day of a show.  I've used it a few times and if you don't mind waiting in line and taking your chances with what you're going to see and where you're going to be sitting it can be a decent deal.  I'm probably too much of a control freak though, I prefer to book in advance.

Buying show tickets on-line was incredibly easy to do through "Time Out" but I strongly advise looking up a map of the theater you're buying a ticket for so you can get an idea where you're going to be sitting.  I had no trouble doing this but had to do some searching as not all theaters offer this option when you buy a ticket.

The first thing I always do when I get settled in my hotel is take a walk around and get my bearings.  As many times as I've been to London I always feel like they *moved* everything since the last time I was there--how rude of "them," right?  I usually try to arrive in town early; there's just so much to see as you wander around and the time flies quickly--you don't want to be in a rush.

Walking around also helps you locate the theaters you'll be attending.  Even if you don't plan to see many shows you'll still want to take a look at the theaters in the West End--they are sumptuous, inside and out.

Experiencing live theater is a truly unique experience and you should make a special event out of and evening out and savor it.  I know it's not popular or required to do so anymore, but I always like to dress up a bit to go see a show.  I like to arrive with plenty of time so I can enjoy a nice meal and be at the theater with time to spare.

Each theater in the West End has its own character and history and exploring these things before a show starts enhances the experience immensely.  Most theaters are open at least an hour before show time and some provide tours.

Generally speaking pictures aren't allowed in theaters before or during a show but it's fun to put your camera away and just enjoy BEING someplace!

One instructor I had in the theater program I took said to us, point blank, "I can't honestly believe Americans would come all the way to London just to see 'Jersey Boys,' an American musical!"

I've seen dozens of shows from the tiniest low-budget work verging on street performance to all of Victorian London re-created on-stage for an opulent, full-cast production of "Oliver."  I think he had a point; as long as you're in town you might as well see things that are distinctly "London" but I wouldn't be one to judge--I love everything.  I have generally not been as excited about "American" shows reproduced in London or some of the current popular shows that are based on movies or pre-existing music (won't name names) but all of them are top-notch productions--you might want to check out an American show in London just because you know the production will be first rate!  Pay attention to the reviews in "Time Out," I've found them pretty accurate.

Lastly, don't be afraid to LEAVE the West End and venture in other directions.  One of the most beautiful spots in London, particularly at night, is the Jubilee Gardens across the Thames over Waterloo Bridge.  This is near where the National Theatre is located, and home of some of the most interesting and often challenging theater experiences in the city.  The NT building has multiple theater spaces and hosts Shakespeare and other classics, seldom-performed revivals and challenging new works (I was there the year "Jerry Springer: The Opera" premiered to rave reviews!).  If you have the time, resources and interest you should make the effort to cross the bridge and explore the winding, modern architecture of the "NT" as well as spend an afternoon/evening exploring the many tourist attractions in the area (The London Eye, The London Aquarium, various street performers and seasonal events)

I've only scratched the surface of what there is to know about London's West End here but I hope I have provided some information or entertainment.  If you've had any memorable experiences in London's Theater district I'd love to hear about them!

Thanks! It's a labor of love, writing about it makes me feel like I'm there again. :)

Great tips, good on you and anyone else who runs into this insiders tips to enjoying their travels.

Thanks for the comment Elias! Yes, it's always "so much to see, so little time.."

Theater culture is a living tradition in London. Undoubtedly, one has many things to do and see once in London but a visit to West End won't disappoint. Nice article and good tips.

Ha! An "acquired taste" indeed (OK, that was a joke, and not a very tasteful one!) (and that was another). Thanks for the reading/commenting fitzcharming! :)

Sounds like you've had some great experiences in London. I'm not sure about Ralph Fienne's spittle in your face though.

There are so many things to do in London, it would be hard to choose. Thanks for the tips!

The city of Oxford is a living museum rich in detail and diversity. If you a... 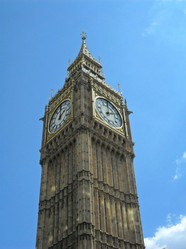 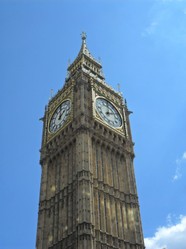 The city of Oxford is a living museum rich in detail and diversity. If you are planning a trip or are just interested in knowing more, read on!
88%  5   10 chefkeem
Musical Theater