Nikita Khrushchev attempted to reform his inherited agricultural system by increasing the amount of cultivated land, allowing farms to buy their own machinery and much more...

The main agriculture reform undertaken by Khrushchev was the Virgin Lands Scheme. The scheme was already underway before his rise to power, being drawn up in 1953 and being approved the following year. The idea was to cultivate areas of the Soviet Union that had previously been neglected, such as Kazakhstan. The detailed results of this are shown below.

Khrushchev planned to add 13 million hectares of cultivated land to the Soviet economy and to surpass the American grain output by 1960. This extra land would be farmed by motivated young members of the Soviet youth group 'Komsomol'.

The first harvest brought an exciting yield, outweighing the start-up investment in the scheme. This led Khrushchev to aim for even more optimistic targets. However, the initiative failed to ever achieve the 1956 record and fundamentally failed as it began to be regarded as inefficient.

This inefficiency was due to a number of factors. The whole scheme was disorganised and confused. The supposedly eager youth sent to work on the fields were disaffected by the poor living and working conditions that they faced. This meant that the government resorted to paying other farmers to work in the fields after they had finished on their own. In addition, the fundamental flaw in the plan was the quality of the land. There were reasons why the land was not previously used for food production. The unpredictable weather, such as severe droughts and extreme rain, often ruined harvests. The soil was not of a sufficient standard to be worthwhile as it was often containing high amounts of salt and strong winds caused soil erosion. There was also an insufficient amount of fertiliser supplied to the farms. All of these reasons contributed to the eventual demise in the harvests and the failure of the initiative.

Peasant productivity was notoriously low in the Soviet Union as they were offered little incentive to work. Khrushchev saw this as a fundamental problem in agriculture and enacted a number of reforms to improve their motivation. Financially, peasants were paid more for their produce, were taxed less and were no longer forced to provide some of their produce from their private plots to the state. However, there was no marked increase in production.

These organisations were set up to provide tractors and other agricultural machinery to farms. Peasants had to pay these stations for such services. Khrushchev saw this as an inefficient way to run things and abolished them. In return, he allowed peasants to buy their tractors and other machinery off them. However, many of the farmers did not have enough money to afford such goods and were often coerced into buying machinery that they had relatively little use for. Therefore, this scheme also failed.

Most of Khrushchev's policies towards agriculture are regarded as being failures. The Virgin Lands Scheme and the abolition of Machine Tractor Stations were inefficient. Nevertheless, due to his background, Khrushchev had placed a lot of importance in agriculture and improved the lives of many peasants. This focus towards agriculture was unrivaled in the Soviet Union and if such keen interest had been matched by his successors, maybe agriculture would not have been a problem that plagued the Soviet economy right up until the collapse of the USSR.

Khrushchev's Secret Speech
The "Secret Speech", formally known as "On the Cult of Personality and Its Consequences", was a radical four-hour speech made to the Twentieth Party Conference in 1956.
Updated: 05/04/2013, johnjackson
Thank you! Would you like to post a comment now?
3

This is interesting, I'd never heard of Khrushchev before reading this. Welcome to Wizzley from me, too.

UNESCO is an agency under United Nations with a large spectrum of activities.... 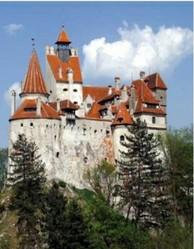 UNESCO is an agency under United Nations with a large spectrum of activities. My goal in this article is to give an example I know of World Heritage Sites and spread the word.
100%  18   10 Tolovaj
Classics

The fairy tale about the Sleeping Beauty has been around for centuries. Its history and symbolism hides many interesting facts.
Loading ...
Error!