Windmills are an alternate energy source, and have the advantage of working both day and night. They are an excellent choice for reducing a carbon footprint.

Windmills are the lesser used alternative energy source for home energy production, but they offer a viable option. Windmills use a renewable energy source, and, as strange as this might sound, directly remove heat energy from the air while performing their intended function of electricity generation.

Windmills are most efficient when utilized in open areas where there are no, or few, obstacles to impede the smooth flow of wind.

Windmills are well worth consideration.

How Do Windmills Work?

Windmills as an alternative energy source must, to fulfill the current purpose of most windmills, generate electricity.  Historically, windmills were used for other purposes, and some might still be found performing other tasks.  They can be used to pump water from an aquifer, roll stones to grind grains, or any of a myriad of other mechanical purpose that requires a force to perform work.  But, our main interest in windmills today is to generate electricity.  And they can perform this duty quite well.

A windmill turns a coil of wire through a magnetic field.  In any metal there are electrons that move from atom to atom freely, so they are free to be moved.  As the coil or wire spins, it goes through a magnetic field.  Opposite sides of the coil go through the field in opposite directions, so that causes the electrons to flow upward in one side of the coil, and downward in the other, or to move around the circle of the loop.  The electrons are constrained to the wire.  The moving current is taken off using conductive brushes, and can be made to flow in a circuit.

Notice that as the coil of wire spins it cuts the magnetic filed from parallel to the field, or no field lines crossed meaning no force, to perpendicular to the field, or a maximum force.  The result is alternating current in a sinusoidal shape.

While our appliances require alternating current, it is unlikely a windmill will create the needed frequency, and if it does the time over which that frequency is created will be short.  We have devices to not only produce a desired frequency, but to match the output to the commercial power used.  In the United States that is sixty cycles per second.  Conversion is easier if we start with direct current, and we can also avoid having several windmills cancel electricity out.  So, a commutator can be used, a ring with two separations opposite each other.  Now, when the coil spins around it contacts different sides of the commutator, and if everything is synchronized this transition happens where the direction of current flow reverses.  So, the half waves always have the same sign in the circuit, meaning the current is direct current.

Other methods can be used, but each item placed in the circuit can result in loss energy.  The objective is not only to find alternative energy sources, but to use them as efficiently as possible.

Solar energy starts with direct current, so this allows windmills and solar power to be utilized, if properly connected, with each other, and multiple windmills be used at the same time.

A difficulty with solar power is that one cannot count on the sun coming up, for clouds exist.  And, solar energy is not a night time alternative.  But, the wind does not always blow, and when it does it may vary is both strength and direction.

Solar panels work best when the sunlight is direct, but the angle of the sun constantly changes.  Following the sun is a difficult and expensive undertaking.

Windmills work best when their blades face the wind for the most common type of windmill.  But, as the wind gusts and swirls there is a reaction time for the windmill to properly orient itself, and regain maximum efficiency.  On the other hand, wind does blow both day and night.

Aesthetics is also a concern, as is weight of anything being placed on a rooftop.

Both windmills and solar panels generate electricity without burning fossil fuel.  Many conventional power plants burn oil or gas.  Thus, windmills and solar energy do not leave a carbon footprint that is associated with global warming.  There are no greenhouse gases emitted.

Taller windmills can get past some of the swirling of the wind, and thus become more efficient.  But, the wind exerts a force on them, and if the support is too long that force can exert a torque that can shear bolts at its base and bring the windmill down.  It is the same principle as a lever, a force acting at a distance is magnified close to the pivot.

We haave one Trafford borough councillor who has her own wind turbine, but no one has complained.

I have seen windfarms while traveling to California, and the spacing is so vast between windmills they do not present a problem except for pictures of the scenery. The ones I refer to in the article are those for home use. People tend to not want such an object atop a roof.

As forthe aesthetics! Some people claim that the Liverpool Bay windfarm is an eyesore,but when we were walking the Great Orme I pointed to the windfarm and asked Maureen, "Do you think it an eyesore?" She simply said "What?" It in the distance and the haze the eyesore was nearly invisible. So much for spoling the view.

They are used in commercial production of energy, especially where wind flow is somewhat regular. Those are quite large. Home usage lags behind solar panels, possibly because of expense and possibly because they are more obvious.

There has been a huge investments in windfarms as we call them here in UK.

Some of them stand in the Irish Sea off the coast of NW England. Some stand on mountains. The aesthetics as you mention have been a source of controversy here in UK . But I like them especially when they stand in large groups on the hillsides.

Thank you for this.

A toy that can teach a child the principles of generating electricity, and th... 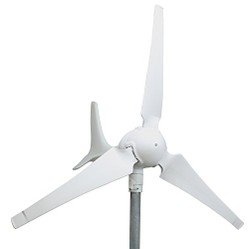 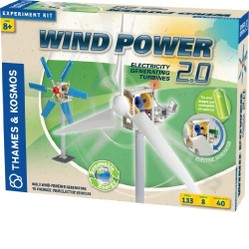 A toy that can teach a child the principles of generating electricity, and the way to do this with a windmill can be educational and make the child environmentally aware.
98%  9   16 Simon
Solar Cells 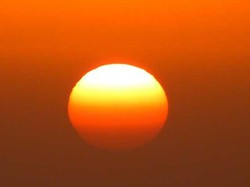 Organic solar cells have the potential to become a flexible and low-cost alternative to their silicon-based counterparts and are today on the brink of industrial mass production.
Loading ...
Error!