The United States Mint is celebrating the fiftieth anniversary if the Apollo 11 landing on the moon.

The Apollo 11 Commemorative Coin Program celebrates the fiftieth anniversary of the first landing of a manned vehicle on the moon. This moon landing was the culmination of work initiated by President John F. Kennedy well after his death.

This year, 2019, marks the fiftieth anniversary of the successful mission. The landing occurred on July 20, 1969.

The obverse of the coin design shows the image of a deep footprint in the fine dust of the lunar surface. The coin pays tribute to the Mercury, Gemini, and Apollo space programs, a series of programs that evolved into the ability of the United States to achieve the success. The three space program names are inscribed on the top of the obverse. The bottom of the obverse has the word Liberty inscribed. The left side of the obverse contains the year of issue, 2019. The right side contains the words on modern coins of the United States, In God we trust.

The reverse of the coin shows the close-up of the helmet and visor of Buzz Aldrin that reflect the flag, astronaut Neil Armstrong, and the lunar lander.

The Coins in the Program

The five-ounce silver coin comes only with a proof finish.  The denomination is one dollar, which is the same denomination as the much smaller silver coin.  The mintage for this coin is one hundred thousand.  The coin has a great viewing field, with a diameter of three inches.  All five-ounce silver Apollo 11 dollars are minted at Philadelphia, and each will carry the P mintmark.

The smaller silver dollar comes in two varieties, those with a proof finish and those rated uncirculated.  Both varieties are minted at Philadelphia, and these coins bear the P mintmark.  The silver in each coin is 26.730 grams, much less than one Troy ounce.  This is to be the new weight of United States silver dollar coins.  Mintage is limited to four hundred thousand coins.

The half-dollar set contains one proof Apollo half-dollar, and one Enhanced Reverse Proof Kennedy half-dollar, mounted in a three-panel mint card.  The set has a limited mintage of one hundred thousand.

May contain other Apollo 11 coins.

The United States has a nice reduction in price for early orders.

There is a restriction of the number per household that can be ordered on the first day.

The United States Mint shares with organizations when a commemorative coin is produced, often the organization that requested the coin's approval.  In this case the money is being paid to three entities, the Smithsonian National Air and Space Museum's "Destination Moon" exhibit, the Astronauts Memorial Foundation, and the Astronaut Scholarship Foundation.

The introduction image is allowed by the United States Mint.,

The two varieties allow the mint to charge a higher premium for the proof coins, but there is a higher expense in keeping the dies polished and replaced more frequently, and minting with a greater press pressure. The 0.900 is the United States coin standard, but is far behind the 0.925 the United Kingdom Sovereign, and the 0,9999 and 0.999 standards for other United Kingdom gold, and gold from Canada and from Australia, among others. When Canada went to 0,999, then to 0,9999, many other mints adjusted, but not the "behind the times" United States Mint. The appeal of United states gold and silver coins minted with lower purity is high in the United States, but probably not so competitive elsewhere.

blackspanielgallery, Thank you for the practical information and product lines. Why is it that "The five-dollar gold coin comes in two varieties, proof and uncirculated. The gold coins have a purity of 0.900, which is less than the 0.925 required of twenty-two karat gold"? Is it because of West Point mint budgets or preferences? 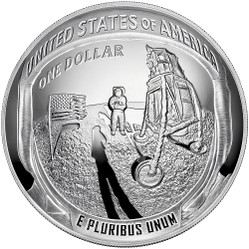