Mermaids: The New Evidence as seen on Animal Planet, is it a documentary or mockumentary...You be the judge.

I'll admit that I have been intrigued by the mystery, legend and beauty of mermaids. It's the stuff that fairy tales and science fiction movies are made of. We all know that mermaids are not real...or do we! It was early one Thursday morning when I turned on the television, channel surfed for a bit and that's when I saw coming up on the Animal Planet a show titled...Mermaids: The New Evidence. The brief synopsis tantalized me with promises of never before seen video of a mermaid, discovered by scientists and hush-hushed by the government. So, I made a cup of tea and plopped myself in my comfy chair then watched the entire show.
The show was hosted by Jon Frankel, his guests were a scientist Dr. Paul Robertson and a marine biologist Torsten Schmidt. Phooey! It was all a big joke! A mockumentary! A hoax!

above photo provided by Amazon product available below

Here's what they say

The host of the show, Jon Frankel mentions to the NOAA (National Oceanic and Atmospheric Administration). The NOAA is a branch of the National Ocean Service of the United States Government. Frankel tells us that Dr. Paul Robertson is a scientist with the NOAA.

The NOAA states that no evidence has ever been found of mermaids or aquatic humanoids. Click below to read more about mermaids from the NOAA. As seen on Animal Planet

Do you believe mermaids exist?

Watch what CNN and the NOAA had to say about Animal Planet's interview with Drs. Robertson and Schmidt.  Animal Planet's ratings soared when 3.6 million people tuned in to watch.  Many people were outraged at the deception by Animal Planet.  The filmmaker, Charile Foley, described the show as being based on 'real scientific and evolutionary theory'...what exactly does that mean Charlie?

Andre Weideman is the actor who played the part of Dr. Paul Robertson, scientist and former marine biologist for the NOAA and whistleblower in the Mermaid episodes on The Animal Planet.
Mr. Weideman is best known for his role as Kurt in the movie ‘The Bone Snatcher’. He was also nominated for a Fleur de Cap award for his role in ‘The Crucible’.
I think he should win an award for his role as Dr. Paul Robertson on the Animal Planet, he had me convinced that he was a scientist.

Probably the best known story of a mermaid is the fairy tale, The Little Mermaid, by Hans Christian Anderson. It has set the standard for all mermaid stories and depictions since it was written in 1837. Then in 1989 Disney Studios made a movie of the same name.

The book by Hans Christian Anderson and the movie both available at Amazon in various formats.

Mermaids for the Home

Join Wizzley to write about your favorite hobby, myth, recipe or pet!

Please leave a comment (it won't show up right away, it might take a day or two)

I only saw part of it, but I was very suspicious of the dialogue. "They're back" just before the hand came before the window. Pretty standard sci-fi language. Secondly there was the issue of the mermaid on the rock, seen from a distance, whose upper torso was very shapely. The shapely body of a human female functions for child bearing, but the wide fishy tail section provides so much room for a baby that the shapely form would not have needed to evolve. It was a clear fake.

When I first started watching the "mockumentary," I thought it was real because it seemed to be advertised as a real documentary. Certain aspects of it though didn't feel real to me. It wasn't the acting or the "found evidence." To me, it was the way it was put together. I remember a video that was supposed to be video evidence and it showed a round metal tank filled with water and there was a circular glass window and that was the only way to see in or out. The clip showed a hand come up from the inside of the window, as if to indicate a mermaid was inside. It was so horribly done though- the camera they used, the editing and production was too nice and clearly edited. Great for a syfy movie- horrible to claim as a "documentary." However the ocean is so vast and so deep, only 95% of it has been discovered. There could be mermaids far below.

From elegant figurines of beautiful sea creatures to the "Little Mermaid" sto...

Interesting, unknown and fun facts about The Little Mermaid

Little Mermaid is known as a fairy tale and a movie, but there is much more t... 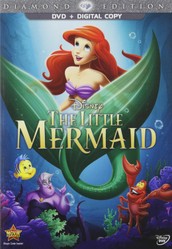 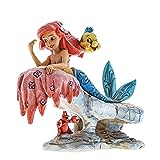 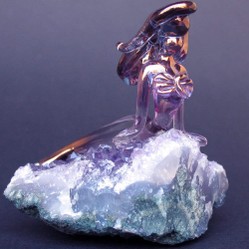 From elegant figurines of beautiful sea creatures to the "Little Mermaid" stories, this is a fantastic collection of gifts for mermaid lovers.
42%  4   4 Tolovaj
Mermaids Interesting, unknown and fun facts about The Little Mermaid

Little Mermaid is known as a fairy tale and a movie, but there is much more to find in the background of the story. Here are some interesting facts!
Loading ...
Error!