More and more parents of children with autism are beginning to use autism behavior information cards. The cards help bystanders understand why a child with autism has a meltdown.

What do you do when your child has a meltdown and people begin to gather and watch?

How can you focus on using the correct behavior techniques when you are being watched?

Autism behavior information cards have become a popular way of handling bystanders for parents of children with autism.  The cards often state a few brief facts about autism, explain why meltdowns happen and often refer the reader to a website where they can learn more about autism.

As more children are diagnosed with autism and services become full, parents of children with autism may find themselves on a 6-24 month wait list for behavioral intervention or receiving only a couple of hours per week as opposed to the recommended 40 hours.

If your child with autism has had a public meltdown, you are not alone!

Parents of kids with autism everywhere are facing the same issue.

When a child throws themselves on the ground and starts thrashing or banging their head, it should be clear to most that there is something going on beyond a child behaving badly. Many people are unfamiliar with witnessing behaviors associated with autism and therefore rarely consider that the child may have a complex neurological disorder.

Too many people think that they could identify autistic traits or behaviors because they know someone whose child has autism.

Every child on the spectrum behaves very differently- some kids with autism speak quite eloquently (they may be quoting movies or using words in the wrong context).  Some kids with autism have gross motor skill challenges, some have diminished IQ while others have genius IQ, some make robotic movements and sounds and others gracefully sway and spin.

One child on the spectrum may adore going to a train station while others may fall to the ground, hands over ears, screaming and writhing in pain, banging their heads to make it stop.

Parents who are faced with a child's public meltdown have a lot going on at that moment, not only is their child having a crisis, they must keep the child physically safe, try to end the meltdown, if it was triggered by a sensory issue then they must try to manage the child's sensory exposures, they must also use whatever behavioral techniques have been recommended to them by their therapists.

With all that the parent must cope with at that particular moment, there are many parents who express frustration about feeling judged by bystanders and also receiving rude comments about their child being a spoiled brat, bad parenting, abuse, neglect, suggestions that the child has the wrong diagnosis etc.

Some bystanders will even go as far as to continuously try to reengage the parent in debate about whether autism is "real" or not- despite seeing a flustered parent trying to manage the behavior, which distracts them further and ultimately makes the situation worse.

While it feels like you and your child against the world, you might be surprised to find how many of the bystanders are actually staring because they are trying to figure out if there is anything they can do to help without actually judging you!  It is the occasional rude one who gets into your head and makes you perceive all bystanders as if they were judging you as well.  Don't let that occasional person dominate your mind!

Although my son rarely has a meltdown anymore (years of work, read how we managed his tantrums here for inspiration), he is still a wander because of his his distractibility and he is extremely sensory which can cause him to come very close to a meltdown, I still sometimes need a second adult if I will also be distracted.

We are alone together most days now and he is my best friend and I love him more than anything, sometimes though, handling both his autism and strangers making comments simultaneously is just more than I have the patience for.  The comments we get now are about his wiggliness, robotic movements and odd sounds as well as the fact that when the stranger tries to speak to him, he does not respond (Good boy!) .

Years ago however, we were lucky enough to have some great friends with similar schedules living right next door!  We had a rotating schedule of "teams" for trips to the store and when we went places like the zoo or aquarium, all four adults and my child went together!

What about single parents? How do they cope?  I have worked with a handful of single mothers and they often state that they get sitters whenever possible and avoid taking their child anywhere other than therapy or other appointments.

A few years ago, when I was afraid to take my son to the grocery store

Someone suggested that I make some simple explanation cards

I made a few of the simple explanation cards.  They were very plain, I had simply printed them out on a piece of paper, but they worked!

I was in that early stage after having my son's first diagnosis of autism, I had felt the loss of control that prompted the visit, the fear for his physical safety, concerns about his future but at the time, my own biggest obstacle was my doubt in my ability to handle his behavior and then to add the judgmental glaring and whispering of society was too much.

I did not want to tell the bystanders loudly that he was doing this because he is autistic lest he hear it and use it as an excuse for future behaviors.  I could not ignore them as they were making it too hard to focus and the occasional bystander kept getting louder.

These cards allowed me to feel stronger.  I doubt that the early cards were even looked at as they were just little pieces of printer paper, but I was empowered.

When you hand a professional looking autism information card to a stranger, they are more likely to read it AND it demonstrates (to you and them) that you are not alone, this is not uncommon and gives you a little bit more credibility.

You also help to educate the public with cards like these and may prevent the next family who encounters someone who is staring from being subjected to that feeling.

After a while, your confidence builds, you will start keeping fewer cards in your pocket, wallet or purse and someday, not too far from now you will realize...

You are strong enough to handle this!

Children with autism have the right to enjoy life by your side. Wherever you may go.

Is one of my most popular

With detailed info about autism, this card has a cool design on the image side with digitally created falling puzzle pieces.  This card is completely customizable as well!  Add your favorite Autism website for the reader who may be interested in learning more about autism! Simply Click on the bottom image of the card to be taken to Zazzle to view more detail or to customize your own!

This is a simple, elegant and polite card for those who are trying very hard not to upset bystanders. Customizable and with a special area at the bottom for you to add your personal favorite autism website! Click on the bottom image of the card to be taken to Zazzle to view more detail or to customize your own!

The Basic Falling Puzzle Piece autism awareness card is another one of my popular products. The same design as on the detailed falling puzzle pieces, but a briefer explanation with more room for you to add your own personalized info if you wish.  Click on the bottom image of the card to be taken to Zazzle to view more detail or to customize your own!

For More Information or tips about Autism

Sidther's Lenses
This page has some background info about Sither and is a directory of all Sidther's Autism Information on Squidoo.

Haircuts For Kids with Autism
A detailed account of how we helped our son with autism overcome the challenges associated with haircuts.

The Mozart Effect may have some therapeutic value for kids with autism!
The Mozart Effect has been widely misinterpreted, yet does appear to offer valid short term improvements in spatial reasoning- an effect that could help maximize benefits of brief therapy sessions!

Another Autism information source:
Working with Autism, located in Los Angeles, has helped hundreds of children with an Autism Spectrum Disorder to achieve their maximum potential for independence. www.workingwithautism.com

My sons educational psychologist only today recommended these. How do you acquire them?

I definitely need these. What a great idea!

An excellent idea. I'm sure these autism awareness cards will help many parents. Not only useful for during public tantrums but for introducing your child to new neighbours so that they see him/her they will react with tolerance and kindness instead of judging behaviours that they don't understand.

Wow. How clever. This is really smart not only for your own peace of mind but also to educate others.
And I love that your son staged the tantrum photo! Very fun. (I'm sure the real ones were anything BUT fun.)

Oppositional Defiant Disorder (ODD) is characterized by defiant and hostile b...

Organization and Time Management are both skills that ADHD children need help... 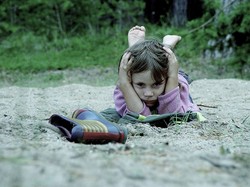 Oppositional Defiant Disorder (ODD) is characterized by defiant and hostile behavior toward figures of authority. Learn about the disorder and how to get through it.
39%  4   4 Angel
Children with Special Needs 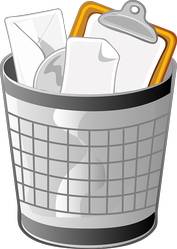 Organization and Time Management are both skills that ADHD children need help with. As a mother of two ADHD children, I have a few tips to help.
Loading ...
Error!