I’ve been making my checklist for basic fall garden clean up tasks, and grouped them into three major groups on a written list, to use my time as efficiently as possible.

Gardeners work for seasons ahead, just as much as the current season.

As summer blends into fall, I’m thinking ahead. I know I get some of my best ideas for months or a year in advance when I’m out watering or weeding. I started writing them down, so I can work on them at an appropriate time.

Making three large groups of tasks, broken down in detail on my list, helps me keep the overall project moving, even when I have limited time on a given day.

Clearing and Cleaning a Tired Garden

I’m pulling out weeds and plants that have gone way past their prime, leaving those that birds and bugs still use for habitat and food. The sunflowers and coneflowers will stand all winter, for example.

There will still be plenty of material for the compost pile. It will be getting bucket loads of new additions, some green but mostly brown, to work on all winter.

I’ll be adding compost that’s ready now, to amend soil for the future. It will have all winter to work, getting the ground ready for spring planting, and make that more efficient. If I need bone meal or other additions will give me a reason to visit the garden center.

This year I dug my alliums after they were finished and the foliage had died back. They will benefit from me replanting them in a new spot where I’ve freshened up the soil with a good dose of worm compost.

My notes about this past year’s plants and what I might be growing next year will tell me exactly what amendment to put where. For example, bone meal for bulbs. Extra compost for the vegetable plots.

I’m dividing and moving some cone flowers, too. They just didn’t do well in the spot where they grew this year. There’s a new sunny spot in a raised bed that’s ready to accept them. They will be well watered before the weather turns cold and soggy, to help them over the winter.

Good Gloves for Clean Up Work

My garden ornaments – including a small ceramic birdbath and glass garden orb – will come into the shed to keep them out of winter weather. I didn’t think I would, but I really enjoy having these extra eye-catching pieces and want to keep them in good condition for years to come.

Similarly, my tools get a cleaning and will be stored in dry places to keep them in good shape, ready for use as soon as it’s time to work outdoors in the spring.

My garden art sun face needs to have some of its glass pieces glued back on. When it was originally made, there was no clear Gorilla Glue, which seems like the perfect product for this task. This kind of maintenance can wait until the end, or even come indoors and be done when it’s snowing outdoors.

I have space in the garage for my tools, my garden wagon, hoses and other things related to the garden. Open shelves make it easy to see what I have, and what I might need.

And it seems I always end up with extra seeds. I have a place for them, too. I keep certain garden items in the basement, such as new peat pots and the parts to my seed-starting kit. That will come out in January to get ready for next year.

There’s always a next season related to having a garden!

This is my first year growing alocasia, a giant elephant ear plant, and I cannot bear the thought of losing it to the winter cold. It will have company of some caladiums, too, smaller and more colorful versions of the same general type. I have to set up space and lighting for those. The plan is made, just in time to do it.

I’ve been doing some research, and it looks like some daylight color temperature (around 5000K) LED bulbs will suit my purposes.

My cannas, four o-clocks and dahlias will be dug after the first frost kills the foliage, and spend the winter sleeping in a bed of peat in a cool, dark corner of the basement.

Tucking a Garden in to Sleep

Until recently, I hadn’t had a garden in many years. I’m relearning some things, and adding to my knowledge with a basic plan this year, to make next year more efficient.

Dividing my basic fall garden clean up tasks into groups is helping me finish off the season well prepared for next. Everything I need to do (so far) fits into one of three buckets: clearing, storage or overwintering.

There’s always something new to learn and do in a garden. It’s never boring, one of the things I like best about gardening.

DerdriuMarriner - We look for inexpensive ways to "pot" our plants. We also want some volume, but not too much. How it looks, that's a consideration further down the priority list. Some pots do get a paint job, however, and that is ongoing. There is special paint for plastic post. I hope I've answered your question!

kimbesa, April through June have been so heavily rainy that non-woody and woody plants alike are behaving fall-like in dropping plant parts! So it's quite relevant to read your fall garden cleanup-related info. Your pots look quite photogenic. What motivates which material for which plant?

@frankbeswick and @blackspanielgallery I'm glad you visited and enjoyed this article!

Here, we could get enough snow to endanger a glass hot house roof, but it would be uncommon. There are roof rakes to be had, for those who might want to lighten a load of snow on any roof. More of the producers around here would have plastic-type materials around a hoop house, and those would come into storage for the winter, in many cases.

Fortunately where we are the snow is not so thick that it is too heay for shed or hot house roofs.

I would suppose the snow weighs too much for a hot house. Using one can get an early start for the spring, but glass walls and roof might nor=t survive heavy snow.

Thanks, I had never heard of lake-effect snow, but you have explained it well.

@blackspanielgallery - You are fortunate to be able to overwinter most plants outdoors. Pansies can sometimes get through here, if they have a good place and good snow cover. If we get unusually cold, they won't make it.

We count on some snow to give us moisture, and to protect from cold, dry air and wind. Some people wrap their roses, rhododendrons and similar plants with burlap or bags sold for this purpose, to protect them, yet give some light and air circulation.

Thanks for stopping by and commenting!

@frankbeswick - We're in USDA gardening climate Zone 6a here, which is unusual, because it's generally colder further south, until you drive about 2 hours down the state.

We get a little bit of moderating influence from proximity to Lake Michigan. We also get "lake effect" snow, caused by cold air blowing across relatively warmer lake water early in the season, before the lake freezes over. When the wind comes back across the colder land, it dumps that moisture as snow. If you're downwind, you get it.

I'll be bringing the snow shovel into the house, for example, and bird seed as well, so I don't have to dig a pathway to the shed, then to the feeders. Most of the garden will rest comfortably under the snow, though sometimes we have to brush snow off evergreens if it puts too much weight on them.

The average snowfall in the state is about 15 inches, but for this area, it's just over 65 inches. We can count on at least a few days of 0 degree Fahrenheit weather, sometimes into the -20s, and it's not unheard of to be colder yet, though rare.

Plants like tulips and peonies that need a cold phase do fine. Some plants that are perennials like 4 o'clocks, you cannot count on them making it outdoors. Maybe, if they get a mild winter, good mulch, and a spot near the foundation of your house.

Thanks for stopping by and commenting!

In this area many plants survive the winter. Pansies can tolerate cold and even bloom in winter. But, here winter is short and mild, with snow falling infrequently, usually years between snowfalls.

Good article. What are winters like in Indiana and how does their character impact upon your winter preparations?

I am going to put as much weed as possible in the black compost bin, so that I can free up the heap to be dug up and placed in the new raised beds.I

In this article I will share my experiences with peppers and growing them in ...

Around midsummer the first planting is over and harvest is some distance away... 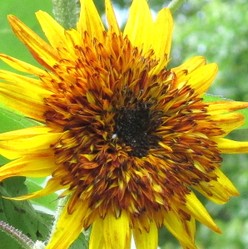 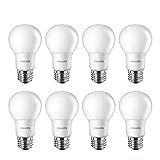 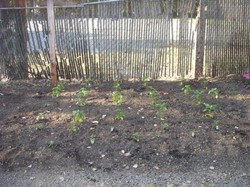 In this article I will share my experiences with peppers and growing them in a small home garden.
62%  12   4 frankbeswick
Home Gardens 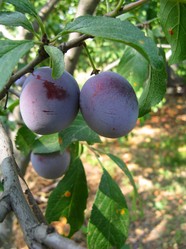 Around midsummer the first planting is over and harvest is some distance away, but weeding and pest and disease control never cease.
Loading ...
Error!