It's been said that imitation is the sincerest form of flattery. I've chosen three songs for the first volume of the best cover songs.

The term “cover” is simply a recording of a previously recorded song, not done by the original performer. The artist making the cover might record it to such a degree of imitation that the listener can't tell the difference between the original and the cover. Quite often the cover version is recorded in the sound and style of the imitator, putting their own mark on the song without changing it entirely. Then sometimes, the cover becomes more popular than the original. An example of that would be...All Along the Watchtower, written and recorded by Bob Dylan then covered by Jimi Hendrix. But that might be in Volume Two...or Three.

Above photo provided by Amazon. Product available below.

Born January 25, 1938 Etta James did not have an easy childhood. Her mother was a prostitute and her father unknown, although Ms. James had made reference that her biological father was Rudolf Wanderone, a/k/a 'Minnesota Fats'. Ms. James became addicted to drugs and faced a number of personal problems throughout her life.

She overcame those obstacles and went on to win 6 Grammy awards, inducted into the Rock and Roll Hall of Fame and ranked at number 22 by Rolling Stone magazine on their list of the 100 Greatest Singers of All Time.

In 2003 Cyndi Lauper released her tribute to Etta James with a recording of At Last. Her version was nominated for a Grammy in 2005.

By Bob Seger covered by Metallica

In 1976 Bob Seger and the Silver Bullet Band released a live album titled Live Bullet. That album is considered one of the best live albums ever recorded. On it is Turn the Page, a song that tells a story of life on the road. Seger's raspy voice makes the song even more endearing.

Formed in Los Angeles, California in 1981 Metallica's heavy metal reputation is unmatched. Even if you don't like heavy metal, you will like Metallica. Their version of Turn the Page mixes heavy metal with blue-collar blues.

Folk and rock singer Warren Zevon wrote songs filled with dark humor, sarcasm and absurd lyrics. He painted a picture with words as he did so eloquently with Werewolves of London. Listening to that song you can see a werewolf walking with a Chinese menu in his hand.

Adam Sandler made a name for himself as a regular player on Saturday Night Live. After he was fired from NBC he went on to become a highly sought after Hollywood actor with several movies to his credit. His tribute to Warren Zevon on Werewolves of London is right on point.

What are your favorite cover songs?

candy47, I tend to favor originals although Adam Sandler's rendition is unbeatable. I wouldn't have recognized him if I hadn't seen Reign Over Me since he pitches his voice differently for comedy and for drama.

These are great songs. I like them all :)
So Adam Sandler was a singer? Who would have thought? :) I find his movies unwatchable but he's not half bad as a singer :) 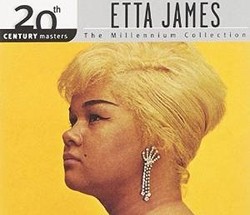 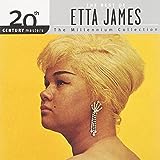 Back-up singers of rock and roll, 20 feet from stardom. They are nameless but their voices are heard around the world. Merry Clayton, the Diva of Gimme Shelter....
71%  10   6 candy47
Solo Singers

Written and performed by Janis Joplin, What Good Can Drinkin' Do reveals the pain and sadness of this talented woman.
Loading ...
Error!