Here is a list of 20 female anime characters that have captured the hearts and attention of fan boys and fan girls across the globe.

It may come to no surprise that anime and manga have become one of the most prevalent sources of entertainment for young adults. The younger generations have been drawn in to its unique style, colorful worlds, and intriguing stories. In anime and manga both, female characters are usually designed to be phenomenal beings that represent the ideal female. It is because of this that they are drawn to be more attractive than many girls in real life. Female anime characters also seem to be blessed with the wonderful personalities and eye-popping good looks.

I would like to present you with the top 20 female anime characters in Anime that everybody loves.

I can assure you that this was no easy selection because there are so many female anime characters to chose from. These female Anime characters where chosen from the most popular Anime series and shows to date. I'll list them all from 1 to 20.

Although she is not the lead character in Space/bountyhunter series of Cowboy Bebop she dose have a way of stealing everyone's attention. Faye is the type of girl that would like to do good but usually ends up getting herself in more trouble rather than helping.

This kick ass technological masterpiece from Ghost in the Shell is a real looker! She is an android military GITS Major. With a strong sense of justice and an even stronger personality she will never let the bad guys win without a serious fight.

In Neon Genesis Evangelion, a movie with lots of attractive female characters in tight suits, there appears to be no female character that is loved by fans more than Rei. Rei will suck you in with her red eyes, blue hair, and super tight white and black suit.

Haruko is that crazy rock loving girl from the series FLCL. This female character is equip with a quick wit and a completely maniac personality. Careful she may feel the need to drive her scooter into you or smack you with her guitar.

If you don't recognize Etna than you should probably not be reading this. Etna probably the most memorable character from the Makai Senki Disgaea. You had better keep an eye on this cute little devil.

Haruhi is, the main character of The Melancholy of Haruhi Suzumiyaand, the leader of the SOS Brigade. Haruhi is a strong willed, energetic and egotistic female anime character. Haruhi is not one to stand for boredom so you had better step to it and do what she says.

Nyu, Lucy's split personality, is not necessarily the most well rounded female anime character that can be found in the anime series Elfen Lied. However, Lucy herself, is one wicked woman with the ability to put down anything within seven feet of her.

Although Milly dose not take the lead role in the series Trigun she is a very memorable face. Milly is a very warm hearted and optimistic female anime character. Also she is one of the tallest anime characters on the list at just under six feet tall.

You can find Saber in the anime Fate/Stay Night. Saber is crazy agile and powerful warrior. She is so focused on her goals that she suppresses her emotions and comes across as cold hearted at times.

Shana take the lead female anime role in the series Shakugan no Shana. Shana is a melon bread loving woman with the wheels in her head constantly turning.

Belldandy is one of the three goddess who come to Earth to simply live and serve as love interests to Keiichi Morisato. Belldandy is extremely kind hearted and is very trusting and innocent. Belldandy is great at using her powers of teleportation, telekinesis, telepathy, and levitation in order to keep her true identity a secret.

Kaname is a another quick witted female anime character that comes from the Full Metal Panic series. She can, at times, have a very abbrasive personality. However, it is commonly offset by her moments of kindness and weakness. Don't let Kaname's looks fool you she has a very short fuse and will snap on you in a blink of an eye.

Yakumo is an interesting female anime character with the awkward ability to read the minds of those who like her. Although she plays a very insignificant role in School Rumble, she has become a fan favorite.

Eri is yet another great female anime character from the series School Rumble. She is a princess at best. She is Miss Prim and Propper. The Queen Bee of School Rumble.

From CardCaptor Sakura, Sakura is one of the most unforgettable female anime characters ever. Although she can sometimes be a little dense she is above all, innocent, cute, charming, and funny.

Tessa is yet another looker from the Full Metal Panic! Series. This iron willed female character is childish, ditsy, and clumsy. Even though she has her flaws she is very responsible and a determined young lady.

Lina is the indomitable and highly destructive diva of Slayers. Lina is sets the standard for the comedic leading lady for all of anime. Conveniently she was given some of the best lines and voice acting in all of anime to date.

Natsuki is a gun wielding marksman for Mai-HiME. Natsukis dose play a very unforgettable sub-character that greatly changes the gravity of the story. After watching Mai-HiME, Natsuki, becomes an abrasive female anime character that you will never forget.

Who is your favorite Female Anime Character?

Vote for who you think should be on the top

Is anime for you?

Anime is best (not including manga which beats anime by long shot!!)

I <3 Erza Scarlet she is my fav anime girl (other than kagamine rin ;) )

Interesting concept, altough i think ive seen it somewhere, I think in Hubpages...

Visit J-List or J-Box for all your anime wants

J-List is a peaceful island of Japan and Anime

The best in Anime and Manga

The Anime List
A great and growing collection of Anime review by someone who has actually seen them.

Fate/Stay Night Anime and Character Guide
Fate/ Stay Night is a popular anime and manga story about three teenager and their ability to magically summon servants to fight in a war over a wish granting Holy Grail.

What is your review?

Awesome, Etna and Lina are on here. I'm more of a Flonne fan idk why, but sweet post :)

Good point Diddy Kong. But it dose say that these Female Anime icons where selected to be the Most popular and recognizable by the masses and not just one person.

Do you love your coffee? How about Anime? If you do, why get the best of both wolds? Here are some Anime coffee mugs that you can grab online!
13%  0   2 anime
Anime 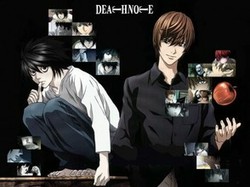 Death Note is a top-notch 37 episodes noir anime, produced in 2006 under the egide of madhouse Studios and directed by Tetsuro Araki with great artistic value!
Loading ...
Error!