Which space based strategy games are the best? This is a question I'll be answering on this page as I cover my favourites from the genre.

Which space based strategy games are the best? This is a question I'll be answering on this page as I cover my favourites from the genre.

I've always been fascinated by space and gaming (in particular strategy) so the combination of two has always interested me. Just like any other gaming genre you've got plenty of junk games and it can be frustrating as you play through them in search of something you enjoy. Hopefully by reading this page you'll be able to save some time and money with my personal game recommendations.

If you've got your own favourites don't hesitate to leave a comment at the end of the page with the games that you can consider to be the best space based strategy games.

One Of The Best Turn Based Space Strategy Games 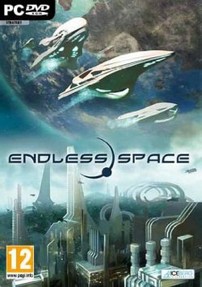 I'm a fan of turn based strategy games (especially the older ones) but it's been a genre that hasn't received much attention in more recent years so I was excited when Endless Space was released to have a more modern 4X game with science fiction elements.

It's got some elements I like and some I didn't but ultimately I found it quite enjoyable, it's not the sort of game that everyone will like depending on the elements of strategy that they like.

Games are randomly generated like most so replay value is high, with nearly double digit civilizations you'll also get plenty of variety to enjoy. With options to create your own it's also easy to create a deeper connection with a civilization that you can call your own. In order to win you've got the standard victory conditions of supremacy, diplomatic and economic but also includes more unique ones like expansion, wonder and score.

The best element of Endless Space for me though is the hero unit system that you can attach yo your fleets for extra bonuses. This gives you that extra level strategy in the space combat that I've always wanted to have in a space based strategy game.

A Long Running Series Of Space Based Strategy Games 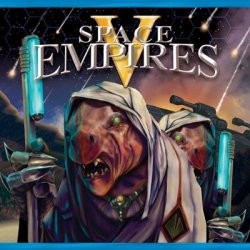 The Space Empires series is a franchise of games I've been following for a long time, it's definitely one of my favourites in this genre and it's grown nicely over time. The most recent game which I'll be focusing my details on here is Space Empires V and it takes the 4X space genre in some nice directions.

Most notable changes in this new version are the dramatically boosted UI elements that make it easily to get immersed into the game. This is an important element of any space game as the setting makes up a huge portion of the attraction to the game, I want a space adventure that I can lost in and feel like I'm actually exploring the universe.

All the staples of the series are still there with ship designs, hex based grid and everything else. The part part though is the mod tools that have been added into the mix so you can create extra mods to enhance the gameplay and even includes the option to code your own AI so the truly hardcore followers can create the ultimate challenge.

If you want a large galaxy you'll be please to know that Space Empires V has over 100 systems with about a dozen planets in each so every game can be quite the battle.

Sins of a Solar Empire

Another One Of 4X Space Strategy Games I've Enjoyed 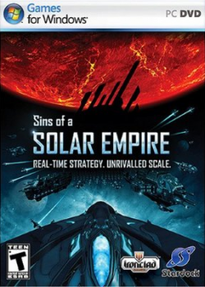 Sins of a Solar Empire is another 4X strategy game to make my list and another one of the newer games (released in 2008 with it's third expansion pack in 2012). It's your standard space based experience as you get put in charge of an empire and their objective to chase space domination through any means necessary.

The game comes with three different races and while that number might be less than most games in the genre that boast up to a dozen it works well to reduce the overall learning curve for new players and helps focus on the race personality so it feels like a more realistic world. The smaller number of races available don't reduce the strategy depth options either thanks to the multiple ways that each race can develop.

If you're looking for a story based experience you won't find it here with only skirmish style game mode options against either AI or other players online. It's definitely not one for the gamers that want story to drive their adventure but I'm not generally fussed so it worked for me.

Which Space Strategy Games Do You Think Are The Best? 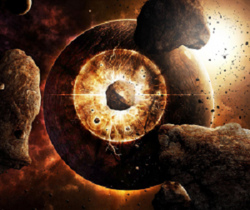