Birds of Canada on Colorful Coins

Canada is home to some very beautiful birds, and the Royal Canadian Mint has made two attractive bird themed coin series.

The Royal Canadian Mint has had quite a successful run with the oversized twenty-five cent pieces that show some very colorful birds. This series began in 2007 with the Red-Breasted Nuthatch, and concluded in 2014. These coins are large compared to the average Canadian quarters, with a diameter of thirty-five millimeters instead of the more traditional twenty-three and eighty-eight hundredths millimeters. The extra surface area allows for a better view of the subject of each coin. In 2015 the Royal Canadian Mint added a five coin series to its colorful birds, but these are a different size, a different denomination, and a different metal. This series is covered later in this article.

And the Missing Year

The first four coins were minted with the specification of 12.61 grams, and were nickel plated steel coins.  They were released at a rate of two quarters per year.  The other 2007 coin was the Ruby-Throated Hummingbird.  In 2008, the two coins issued were the Downey Woodpecker and the Northern Cardinal.  These four older coins are worth a lot more than they were when they were issued.

The series was interrupted in 2009.  When the series resumed in 2010 the specifications were as they had been, but by then people were becoming more aware of these beautiful coins.  So, the older ones were harder to find, which means they soon became worth more.  The coins in order, two a year having been released, are for 2010 the Goldfinch and the Blue Jay, for 2011 the Barn Swallow and the Black-Capped Chickadee, for 2012 the Rose-Breasted Grosbeak and the Evening Grosbeak, for 2013 the Barn Owl and the American Robin, and in 2014 the Eastern Meadowlark and the Scarlet Tanager.

The Commitment to Quality

We ordered five of the Rose-Breasted Grosbeak coins before they were to be released, but not long before the intended release date.  The Royal Canadian Mint would take the funds, and a week later return the funds to our account, time after time with lapses in between.  After this went on awhile I contacted the mint, and was told the coins had not met their standards.  Yes, it took months, but they would not release an inferior product.  I have a high regard for a mint that places quality before sales.

The Birds of Canada

In 2016 the Royal Canadian Mint has come up with another fantastic coin set, Birds of Canada.  This is a four coin series of one Troy ounce colorized coins.  The first coin in the series is the Mountain Bluebird.  Others include the American Avocet, the American Goldfinch, and the Pileated Woodpecker.  These can be obtained individually, or as a subscription from the Royal Canadian Mint.

The Songbirds of Canada

In 2015 the Royal Canadian Mint released five colored silver coins.  These coins are each one half Troy ounce of 0.9999 fine silver.  They are minted with a proof finish with sheer effect, and bear the denomination of ten Canadian dollars.  The birds in this series are the Northern Cardinal, the Magnolia Warbler, the Blue Jay, the Baltimore Oriole, and the Violet-Green Swallow.

These coins are easy to collect, since they all have the same year of release.  They are quite attractive, and should be a worthwhile addition to any coin collection.

While these are available I recommend you consider purchasing directly from the Royal Canadian Mint Songbirds of Canada listings.  The five individual coins, along with the five coin subscription, are all presented on the page linked to in the previous sentence.  If you are in the United States look at the money conversion and see that they are less expensive than you might think.  And, the Royal Canadian Mint currently ships free to Canada and to the United States.

The coins mentioned in this article all come in a display case which was part of the release by the mint.  The display cases can be opened and the coins can be tilted for easy view.  Placing these in a case such as a shadow box can allow them to be enjoyed by yourself and any who visit you.  These works of art should be displayed and appreciated.

I would have never thought to make colorful coins. It's certainly a fun idea. I like the silver coin best myself.

Great article! I love the colorful coin money, I had no idea. I live in Arizona USA and we have Cardinals here too. They're beautiful and tough! Very territorial.

I work in a remote area, and one year we had at least a dozen cardinals visible at one time. One kept pecking at a window.

This coins are truly beautiful. Cardinals always boost my spirit during the long and cold Maine winters. 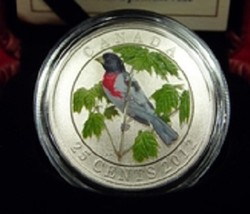 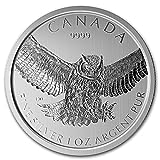