Birthstones- Month and day of the week

Many people are aware that it is a charming tradition to have a month birthstone, but did you know that there are days of the week birthstones too ?

What is your birth stone? It is a question I have been asked occasionally. I do not associate mystical powers to my birthstone. I looked out of interest. I don't even read my horoscope. I am aware that I am a cancer The Crab and my month birthstone is a ruby. There it stops.

So, what is a birth stone? A birthstone is a gem that has been associated with a particular month. If I am being cynical, I would suspect that maybe jewellers started the idea as birthstones are often worn as jewellery and given as gifts. As you will see below there are various ways to wear your birth stone.

All photos are taken by me but they are not always clear because of the light and the size of object.

Below you will see a Secret Watch. In Victorian times, elegant ladies were not expected to want to know the time, so they would have a secret watch. The watch face was hidden under a flap of various sorts.

This Victorian replica watch has amethyst and white and yellow topaz. These are Wednesday's and Sunday's birthstones.

Standardisation of birthstones for months

For hundreds of years, birthstones have varied and were indicative of a particular society but in 1912, American jewellers decided to standardise their birth stones. The list has been slightly updated and some modern stones such as Tanzanite (one of my favourites pictured below) and Spinel, which is one of the rarest and most expensive now.

The American list of 1912 has only changed slightly in 100 years and stones are usually added and not changed.

Days of the week stones

I will start with Sunday as this is the first day of the week for me.

Topaz is a lovely gem that comes in several colours.

A pearl is hard, shiny gem that is found inside a mollusc shell. They are often worn singly as a pendant or ear-rings, or as a string of pearls.

Below the ring has a Sri Lankan ruby and white topaz. Ruby is a cardinal gem which means it is deemed to be more valuable than others. Diamond, Emerald, Sapphire and Amethyst are also cardinal gems.

Day of the week stones

I love amethysts because of the purple colour. Amethysts can be paler though than the traditional deep purple as seen in the watch cover above which is more of a dark lilac.

Days of the week stones

Sapphire and Ruby are from the same family of gem stones - Corundum - and are both Cardinal gems too.

My favourite gem, emerald, is a cardinal gem. The depth of green varies in emeralds.

Diamonds are considered to be the most desirable stones because of their clear colour catching the light. They can come naturally in other colours too and are the ultimate cardinal gem. They are traditionally the colour of engagement rings although this is just tradition.

Lovely they are but they are not my favourite gem stone. which is unfortunate because my day of the week birthstone is Saturday … diamond.

I think that gems are like wine, don't be dictated by what tradition wants us to like or wear. Go with what you like. I do.

TY .
I love gems and wear them to match my outfits .

Hi Veronica - It is interesting to see these Gemstones affecting us in a positive way. Precious stones associated with the birthdays and anniversaries carry a lot of meaning. I saw some magnificent Rubies and artwork with gemstones during my travel to Malaysia. They were fascinating and of course some of them were very expensive. Gems have their own vibrations and unless one is sure about it , wearing them all the time may cause interference. However, I love to wear them occasionally during gatherings and parties.

Thanks Mira,
I am contented with my collection. I like to have just a few quality pieces and fashion items are so lovely and reasonably priced that we can look gorgeous all the time .

Yes, it's wonderful. I rarely go out without a necklace, and I have large "fashion" necklaces these days. Many of them are with gemstones. I have to say your jewelry pieces are very elegant!

Hello yes I am the same. I love to buy costume pieces but I intersperse them with a very few quality gem pieces that I own , most of which are pictured here. All these pictures are from my collection. I always wear ear rings, a necklace and rings EVERY day to match my outfit colours. Costume and gem jewellery "finsh" an outfit.

I really like gemstones. I buy necklaces at various fairs and then mix-and-match my own necklaces. It gives me great pleasure to do so :)

Astrology only arose in some societies, e.g.Iran. There were many agrarian societies that did not have it.

Frank
That's not what I said. I said people used to look to the stars to know when the rains would come, when the crops could be planted. …. Belief that there was a connection between stars and fate followed.

Astrology was never about rain and climate.It rests upon a belief that there is a mysterious connection between events on Earth and in the heavens.

Frank and BSG
To be fair to ancient peoples, I can see how astrology developed.... e.g. when the certain consolation was in a certain part of the horizon, the rains would be coming, or if they were up above, it was time to bring in the Harvest. It developed from there.

But beyond these seasonal indications, as a Roman Catholic, I can't hold with astrology.

How many of us have found old family photos and wondered who the pictures wer...

If you have European ancestors they most likely left from here for a new life... 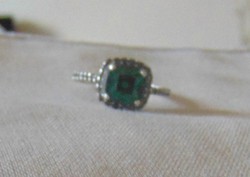 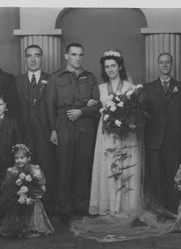 How many of us have found old family photos and wondered who the pictures were of and when? I certainly have. Here's a few tips for deciding
48%  7   4 Veronica
Travel & Places 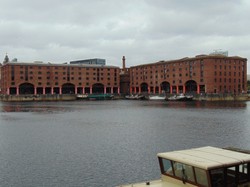 If you have European ancestors they most likely left from here for a new life, Liverpool's Waterfront - Albert Dock. Take a moment to respect their courage and step back in thanks
Loading ...
Error!