I had no idea how diamonds were obtained. I thought they were innocently mined; man was I wrong. Look here before you buy your sweetie these sparkly gems.

What Are Blood Diamonds

With time moving by as quickly as it does it`ll be Valentines Day before we know it. Some of you will be hinting to your 'significant others' that you want something sparkly to adorn your body. Some of you will be using this holiday for lovers to propose to your special someone.I love precious stones. I didn`t think twice about buying them until I got a lesson in how most of them are obtained.

According to statistics, about 2/3rds of the diamonds sold originate as 'Blood Diamonds' or 'Conflict Diamonds'. They are mined in areas that are controlled by people who are against local and international governments, and are sold to fund military actions against those governments. These areas are usually in Africa and consist of Liberia, Sierra Leone, the Democratic Republic of Congo, and Angola.

The collection of these diamonds is done by enslaving women and children and forcing them to dig for these precious stones all day, day in and day out. If they don`t abide, they are killed, women are raped, or their hands are cut off. When a war broke out  in 1991 in Sierra Leone, which is the main country that these conflict diamonds come from, a rebel group took over the mining in the area and cut off thousands of hands and feet to show their power.  The conflict when on for years until other countries stepped in and helped to stop it. By then, over 50,000 people had been killed.

What Has Been Done To Try And Help Stop The Killing

There have been steps taken to help and stop the industry, but unfortunately it hasn`t completely come to a halt. Some of this is due to the fact that not alot of people know how alot of the  diamonds we see for sale are obtained and I hope this "Wizz" helps open our eyes.

300,000 carats are still mined by slaves annually, most come from a place on the Ivory Coast. A hefty 8.5 billion dollars worth of diamonds come from Africa each year.

In 1998 the Global Witness organization connected the dots between diamonds and the conflicts in Africa as well as the U.N. This led to measures to try and halt the trade of conflict diamonds so buyers could be assured that their stones were not of that origin and did not contribute to violence.

Around 2003 something called the Kimberly Process came into play. It is a process that is designed to certify the origin of diamonds from sources that are not of conflicted areas. However, the effectiveness has been questioned by the Global Witness organization and they pulled out of the program in December of 2011. They claim that the Kimberly Process has failed in its purpose.

As far as a specific action rom the U.S., we did a couple of things. In 2001 President Bill Clinton issued an order which prohibited the importation of rough diamonds from Sierra Leone into the U.S. Furthermore, in 2001 President George Bush issued an order which banned importation of diamonds from Liberia, since Liberia had been recognized as a pipeline for Blood Diamonds from Sierra Leone by the U.N. We also implemented the Clean Diamond Trade Act in 2003  which was our participation in the Kimberly Process.

What You Can Do

After learning about Conflict Diamonds/Blood Diamonds, I can`t bare to buy them with a clear conscience anymore. I don`t completely trust the certification process so I will buy cubic zirconia instead. A quality piece of CZ is usually recognized by the average Joe as a real diamond. The experts are pretty much the only ones that can tell the difference. CZ is cheaper, and it`s pretty much just as strong as a real diamond.

For those of you that need "the real deal", make sure your diamonds are 'papered' saying that their origin is from Canada or Australia. Buy a cultured diamond instead. A 'lab grown' diamond is not the same as cubic zirconia. A cultured diamond has the same chemical composition as a natural diamond, but they are made in a lab and not by Mother Nature.

Consider diamonds from Australia or an Arctic diamond. Alot of these are micro engraved and can be matched up with the certificate of authenticity assuring the buyer that they are not conflict diamonds.

You can buy other precious stones that aren`t connected to conflict. For me, the fakies nowadays are so beautiful and they completely satisfy my need for sparkle and bedazzled adornments. I`ll save money and peace of mind.

Victoria Kay Jewelry makes the Perfect Gift for your loved ones!

The Eagle Diamond: The Mysterious Origins and Fate of the Most...

Diamonds are best friends with expert burglars and fences. They can be ground... 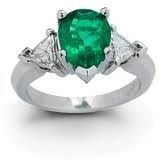 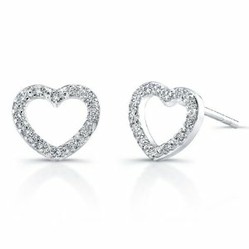 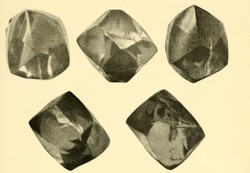 The Eagle Diamond: The Mysterious Origins and Fate of the Most Famous Dihexagon in the World

Diamonds are best friends with expert burglars and fences. They can be ground up and sold in untraceable paper trails. Is that what happened to the unrecovered Eagle Diamond?
Loading ...
Error!